Zakhriddin Mukhammad Bobur is a significant person in Uzbekistan’s history. In Central Asian history, he remains as a great ruler and commander who managed to found a huge empire which existed more than 300 years after his death. He placed himself on record not only in the history of the peoples of the East, but also in world’s literature by creation of “Babur-name” one of his most famous works.

Up to date in Babur’s native city, there is a whole memorial park complex dedicated to Zakhriddin Mukhammad Babur, located on Bagishamol hill at the south-east of Andijan. This is not only a Babur memorial, but also an architectural and historical complex. According to the data from “Babur-name” once, ordered by Babur, the famous Andijan architect mavlono Fazliddin built a summerhouse for meditation, where Babur was having rest when he was young.

Today Andijan Park includes House-Museum named after Babur which has collected rare exhibits, connected with Babur and Baburids’ life. Furthermore, in the museum, one can get acquainted with the Babur’s literature heritage. The center of Babur Park is occupied by a Babur’s symbolic shrine with an immured piece of earth taken from Agra where the Kabul’s ruler died and was buried. 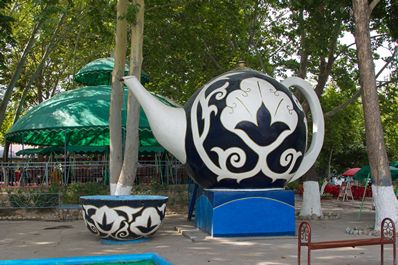 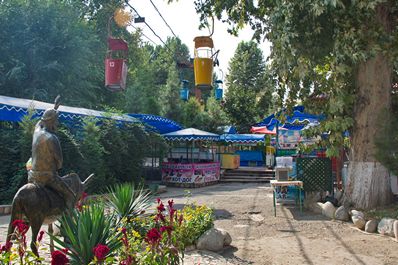 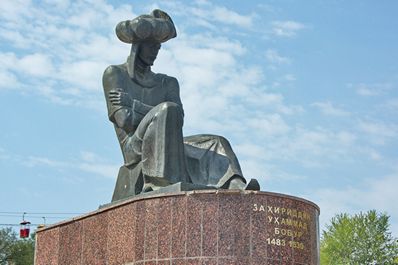 Babur Park itself strikes with its indigenous variety. The park is planted with plants from all over the world - over 50 species of trees and the most beautiful flowers. A ropeway is stretching to Bogishamol hill top, which greets a magnificent panorama of the park and city.

Andijan Park named after Babur is visited by thousands of fans of his writing in order to reverence the memory of this oriental ruler, poet and commander. The name of Zakhiriddin Mukhammad Babur in Uzbekistan ranges among the great writers such as Amir Timur, Ulugbek and Alisher Navoi. There are monuments to Babur in many country’s cities, his name is acquired to streets, parks and avenues, while Andijan will always be present in people’s mind as Babur’s motherland.