One of the main historical and architectural pearls of Andijan is Jami complex comprising a mosque, minaret and madrasah. The construction of the complex lasted from 1883 till 1890. Main merit of the Jami mosque and madrasah is their size. The complex’s building is still considered to be the largest one in Fergana valley and one of the largest in Central Asia. 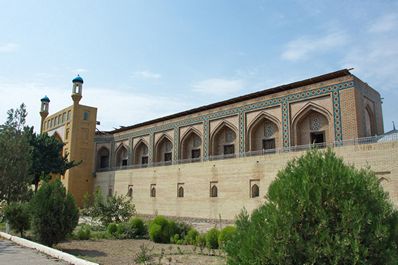 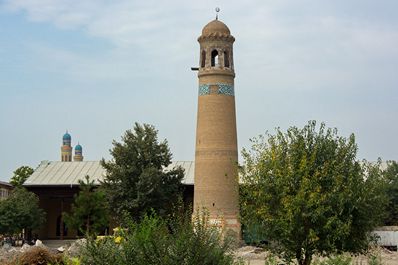 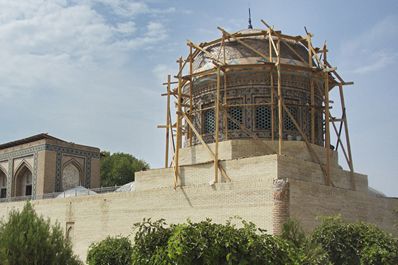 The construction of Jami madrasah lasted from 1883 to 1890. The madrasah attracts with its grandiose size. Its length is nearly 123 meters. The main facade of the building faces to the East according to the canons of Islam. The facade is decorated with traditional Fergana portal. As in other such madrasahs of that period, the corners of the building featured classrooms. Hujras, living rooms for students, were located between the classrooms. The original building was U-shaped, but over time the northern and southern wings were destroyed, and did not preserve to this day. The interior of the building is noted for the wooden lattices with geometric patterns of pandjara, which are the part of the decoration. Jami madrasah is not only a historical value, but also an architectural masterpiece. Especially it is worth to say about artistic woodcarvings of Fergana masters, which decorate the madrasah. The portal and the domes of the building are decorated with mosaics of characteristic Eastern blue and light blue colors.

The Juma Mosque (Friday mosque) was erected in the western part of the Jami complex. The mosque represents a rectangular building. From three sides, the mosque is surrounded with ayvans with wooden columns skillfully decorated with carving. The mosque ceiling is painted with various patterns which combine traditional geometric and floral ornaments. In the beginning of the XX century, the interior décor was represented by complicated patterns from majolica, while the entrance portal was decorated with inscriptions from the Koran. 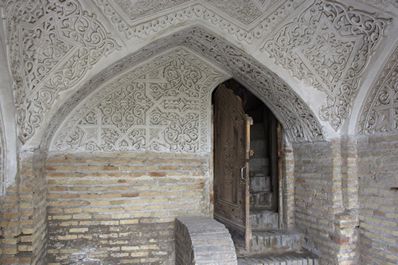 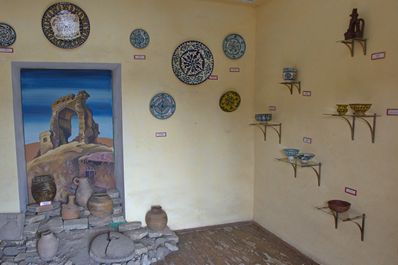 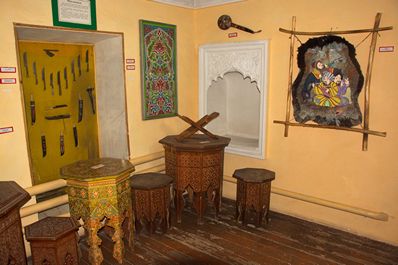 The most remarkable elements of the Jami complex and mosque, in particular, is considered the minaret, rising 32 m in height. This is the largest minaret in the territory of Fergana valley. The minaret features an unusual décor. Its whole surface is decorated with an ornament in a form of medallion, with the Koran’s paroemias, carved in the Arab script, inside it. The minaret was the complex’s finishing element. Today one may still see a basin built in front of the minaret as well as a small park spreading on the whole territory of the complex.

The earthquake of 1902 in Andijan destroyed many ancient buildings but the Jami madrasah, complex, mosque and minaret came out unscathed, except for several interior décor elements. The whole complex occupies almost 1.5 ha. The minaret is the highest in the Fergana Valley. And the Jami mosque is an operating Friday mosque in Andijan.