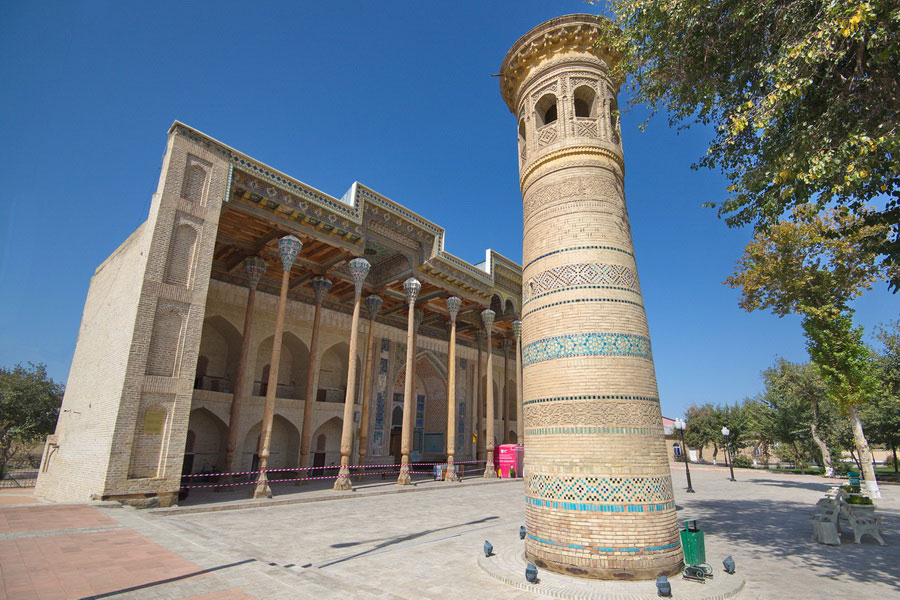 Bolo-Khauz Complex is the only preserved monument on the Registan Square. It is located on the opposite site of Ark - the Emir's fortress. The complex consists of the reservoir, Friday mosque and minaret.

The most ancient part of the complex is the pond (Khauz), which is called as Bolo-Khauz ("Children's reservoir"). It is one of several ponds in Bukhara, that reached our days. In past these reservoirs were the water source for the population and unfortunately the source of many deseases. Therefore most of them were drained. 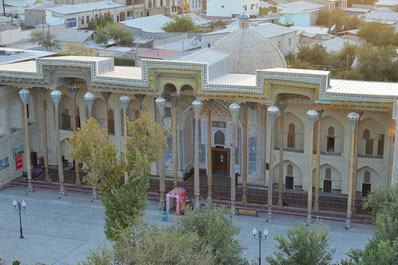 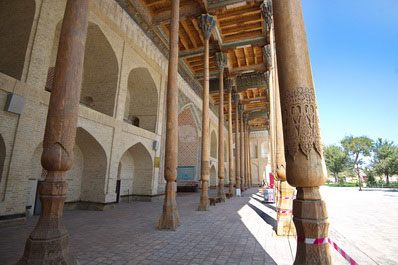 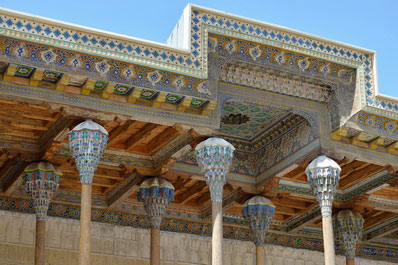 Bolo-Khauz Mosque was built in 1712 by order of Emir's wife. The other legend says that Emir Shakhmurad (1785-1800) built it for public prayers, because he liked to be among common people. A wooden ceiling of ayvan (traditional verandah), which leans on refined columns, is abundantly decorated with fretwork and ornamented with floral and geometrical ornamental patterns. A short minaret was built in 1917 by Shirin Muradov, a famous master of Bukhara.