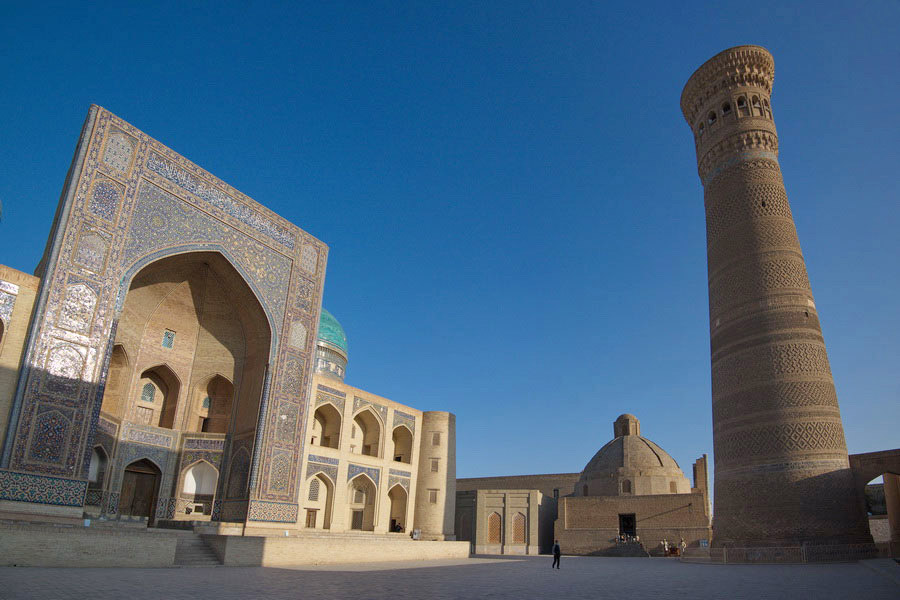 It is the main ensemble in Bukhara center, situated on the way to trade crossing of "four bazars" and Poi-Kalyan means “the pedestal of the Great” (it means “the pedestal of Kalyan minaret”). Ensemble consists of 4 monuments: Kalyan mosque and Miri-Arab Madrasah – faced to each other with main fronts; between them is Kalyan minaret; to the south of Miri-Arab there is small Amir-Allimkhan Madrasah.

Kalyan Minaret – it is a great vertical pillar, rising above the city. To proclaim the appeal to the pray – azal, it was enough to rise mosque roof, as it was in first centuries after Islam establishment. The word “minaret” descends from “minor” – it is a place, where something is on fire, the fire was set in leading light like this, between them in ancient world there were vast many-storey towers, like Phaross light-house of 143 meters height, dating to 283 BC. 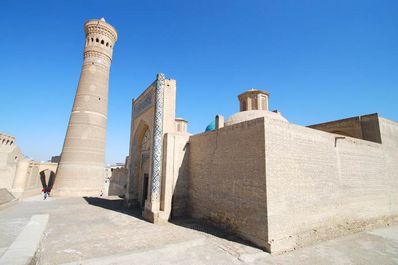 In the beginning of 12 century – Arslan-khan ordered to rebuilt the minaret of old mosque. When the construction works had been finished, minaret fell and 2/3 of it was damaged. For the second time Arslan-khan ordered to built minaret. By inscription in turquoise majolica, under light cornice of Kalyan minaret, it was determined that it was finished in 1127. You can read “the name of Arslan-khan” on the half weight of stem. And it was found the name of master – Bano, whose burial place, local inhabitants pointed out between the next blockhouses. Kalyan minaret represents characteristic Maveranahr style of roundtrunk brick tower, decorated by the arch light. Its lower diameter – 9 meters, up diameter – 6 meters, total height is 45,6 meters. There is a brink-winding staircase inside trunk. Sixteen-arch light rotunda hangs over minaret trunk leaning on running out laying rows, decorated as stalactite cornice. 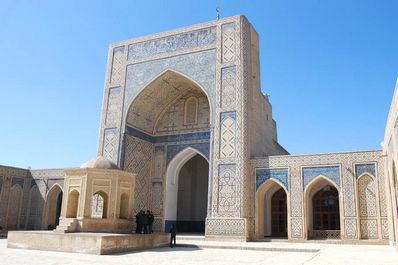 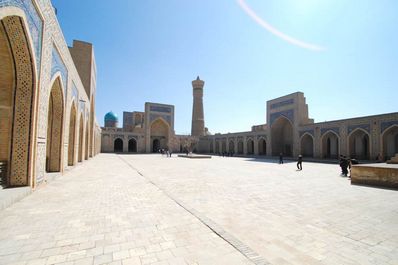 Kalyan Madrasah is dated to architecture masterpiece; it is a monument of 5 century, raised from the ruins during the years of Soviet power. In the beginning of 16 century, the mosque was partly reconstructed. The shapes of amazing arches and portal decor have already carried the features of new style, developed in Bukharan oasis in 16-17 centuries. The inscription under arch portal dates time of reconstruction. This is a poem from Koran, at the end of which we can see the date 1514-1515. In 1541 at the entrance of main portal was fixed a marble board with cut text of Abdullaziz I, this order runs that Bukharan inhabitants were free of some taxes payment. 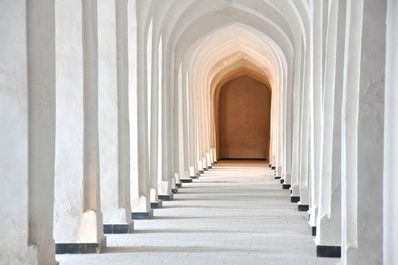 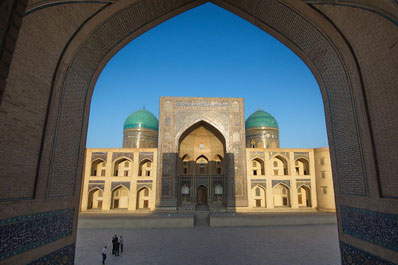