The Kyzyl-Kala fortress is located in the territory of Ancient Khorezm (modern Karakalpakstan) in the vicinity of ancient town Toprak-Kala. According to some data, Kyzyl-Kala was a part of the Toprak-Kala fortified system and served as additional defenses.

Kyzyl-Kala is a monument of the last stage of antique Khorezm architectural history and can be considered as a prototype of the Afrigid period castles corrugated with massive columns. 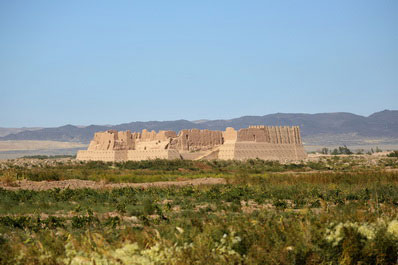 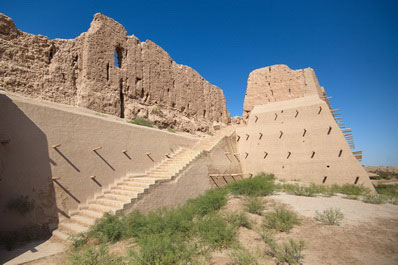 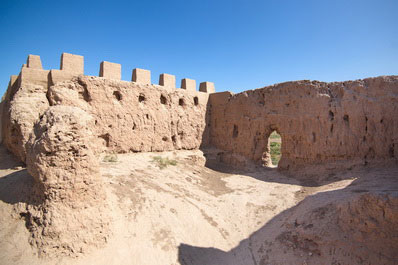 This architectural site was discovered during a Khorasan expedition headed by S.P. Tolstov in 1938. All basic study of the fortress was conducted by the expedition staff. The fortress itself is not large in size and almost square in form. The study of the foundation and the structure ruins showed that the fortress was surrounded with a double vallum, and there were watchtowers in every corner of the fortress. A main street in the center of the settlement led to a temple of fire-worshippers where Zoroastrian priests were holding their sacramental rites. The residential part of the city was divided by a street into several sections with several rooms in each, where people lived by families. 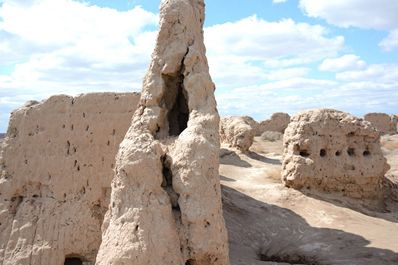 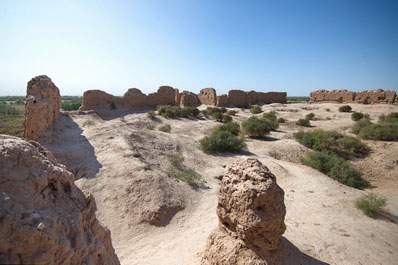 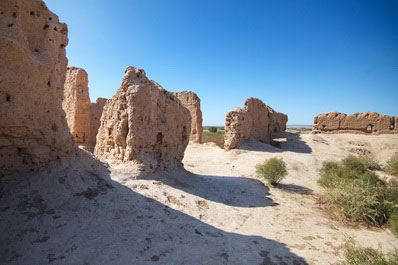 Kyzyl-Kala is a unique architectural site of Ancient Khorezm of the Kushan-Afgan period of the antique history. It stands in the middle of the plain as a sentinel guarding the Toprak-Kala fortress, the pearl of ancient Khorezm. There is a legend that Toprak-Kala and Kyzyl-Kala are joined by an underground passage. This is quite possible, since Kyzyl-Kala managed to exist till Chengiz Khan invasion, being a part of the defensive installation system of the Khorezmshakh State.