The Dor-ut Tilovat memorial complex was formed after the death in 1370-1371 of the eminent religious leader Shamsiddin Kulal, the founder of Sufism, the spiritual mentor of Emir Taragay and of Timur himself, and the teacher of Bahauddin Naqshbandi. His grave immediately became a place of reverence for his numerous disciples.

Next to the tomb of Sheikh Kulal stood the building of the Dor-ut Tilovat madrasa. The remains of Emir Taragay were transferred to one of its rooms. During the reign of Timur, Kulal's tomb was faced with slabs of onyx marble. Later, under the rule of Ulughbek, a domed mausoleum was erected over the site of Shamsiddin Kulal's burial and on the remains of an earlier and more modest building. The Ko'k-Gumbaz (Blue Dome) mosque was built opposite the mausoleum and on the same axis in 1435. An inscription on its portal indicates that the mosque was built by Ulughbek on behalf of his father, Shakhrukh. It is also known as the Friday Mosque of Shahrisabz. 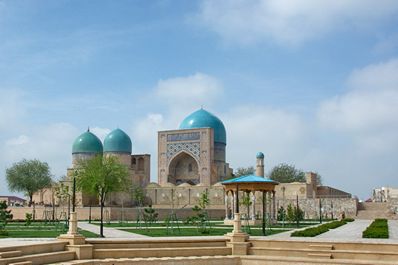 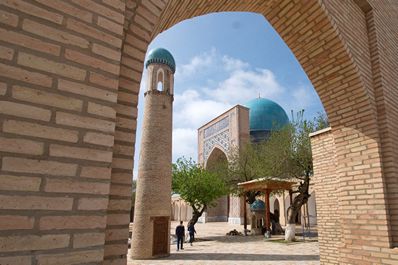 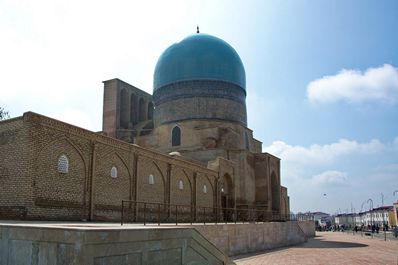 In 1437-1438, two years after the mosque's construction, a burial vault (makbarat) for the descendants and members of the Timurid clan was built, by order of Ulughbek, beside the south wall of the mausoleum of Shamsiddin Kulal. Among the marble gravestones of the XV-XVII centuries transferred to the burial vault at various times from the neighbouring cemetery, there are several examples that mention the names of the Termez Sayyids. This is the origin of the second, and later, name of the vault, the Gumbazi-Sayidon (Dome of the Sayyids).

Thus, around the enclosed courtyard of the Doruttilovat madrasa, a unified memorial complex of the same name took shape throughout the XIV and XV centuries - the Mausoleum of Shamsiddin Kulal, the madrasa itself with the gurkhana of Emir Taragay, the mosque and the makbarat, or burial vault, of Ulughbek. Between the two famous memorial ensembles of Shahrisabz, the Dor-us Siyodat and the Dor-ut Tilovat, lay an old cemetery, where members of the local aristocracy and the clergy were buried. 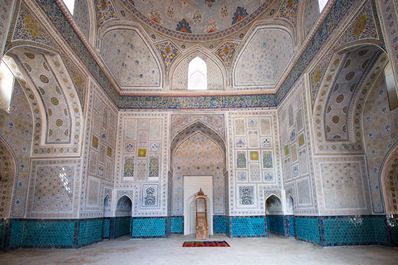 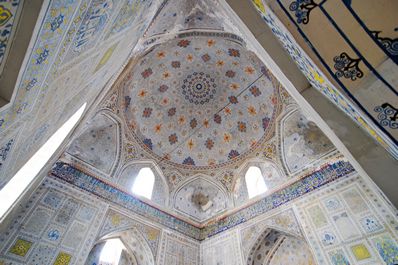 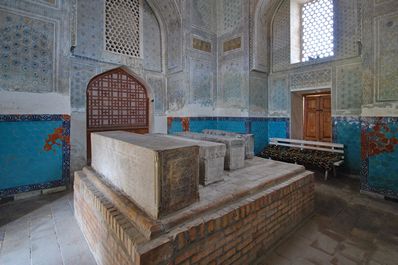