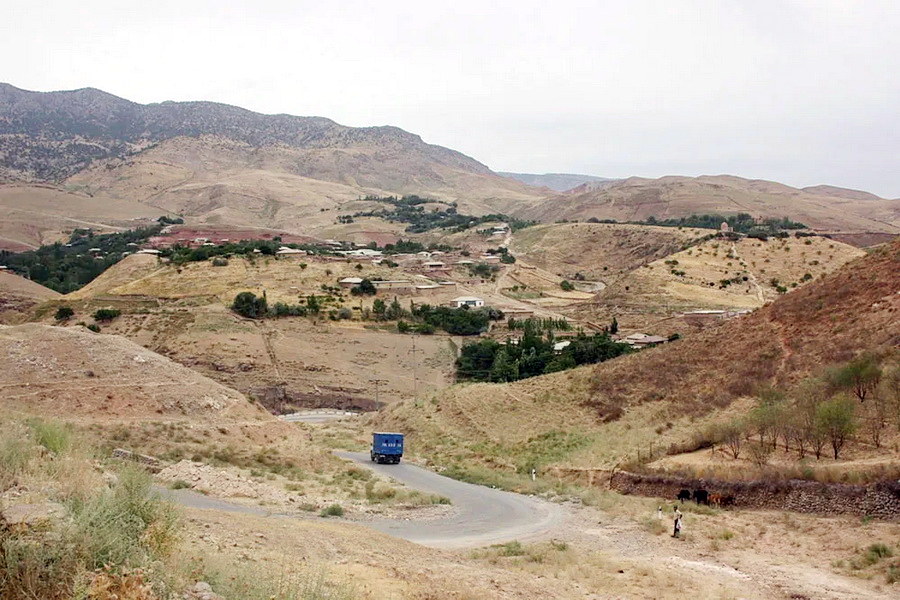 If you search for Langar, you will find settlements in Uzbekistan, Tajikistan, Iran and other countries with this name. Among these all a small village Langar in the surroundings of Shakhrisabz stands out, famous for the mausoleum of Mukhammad Sodiq, one of the great sufis.

The word Langar (as a destination) originates from Farsi, that borrowed this word from Greek meaning “anchor”. Transformation went the following way: anchor-angor-langor-langar. By the way, Turkish city Ankara is also translated as “anchor”. All these Langars were caravan stops on the Great Silk Road where merchants had a brief stop, threw “anchor”; and thus settlements with this name are scattered around Central Asia.

However, the name of this particular Langar appeared in rather a different context and is related to a legend. Once upon a time, in the 15th century, there was Sheykh Mukhammad Sodiq, who was a disciple of the well-known sufi Ishqiya Babe, the founder of the Ishqiya sufi order. Once on a cold winter morning, Mukhammad Sodiq overslept and did not manage to boil water for washing ceremony of his teacher. In order to somehow make the amends, he clasped the jug to his bosom. When he passed the jug to Ishqiya Baba, the water turned out to be boiling. There the teacher told his apprentice that he had reached all levels of enlightenment and their ways were separate from now and ordered him to take the camel and ride until it would be so tired that the young sufi would have to “drop the anchor”. This is the story how Mukhammad Sodiq left his teacher and reached the places in the surroundings of Shakhrisabz and at the point where the camel could not go anymore the settlement of Langar appeared.

How to get there

Today if you wish to visit this colorful and unique place, you will need to drive around 60 km from Shakhrisabz first by highway, then to turn east towards the foothills of the Hissar mountain range. Langar shows up unexpectedly: first you drive over the deep canyon passing by small hills and then suddenly a small village with clay homes appears from the corner, under the lacet. There is a mausoleum mounting on a separate hill. This is the mausoleum of Mukhammad Sodiq that is over 500 years old. There is also 400 years old mosque in the village. Still the entire Langar looks like as if time stopped there in the period of the mosque and mausoleum construction. 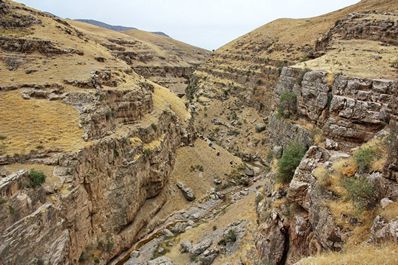 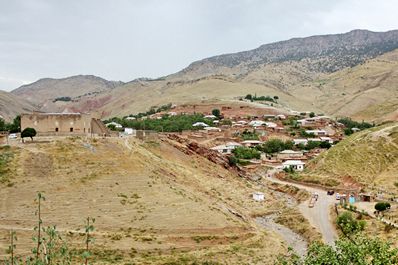 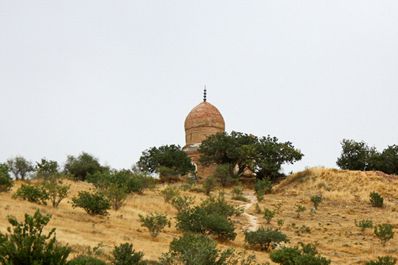 The main attraction and the goal of most pilgrims is the mausoleum of Mukhammad Sodiq located on the top of the hill. You will have to walk up the stairs to get there; the stairs are also called “stairs to heaven” or “stairs to God”. It is interesting that stairs up lie through the cemetery, and studying the graves, we can say that majority of locals lived long, up to 80 or even over 100 years.

Mausoleum of Mukhammad Sodiq was built in the 15th century, and was recently, in 2007, restored. It is a simple construction with a dome mantled with bricks on the outer side. The remarkable thing is that there is a spire with four spheres above the dome. They symbolize four paths to God: shariah – the Islamic law, tariqat – ultimate truth, marifat – mystical knowledge and haqiqat – mystical truth, being one with the God. 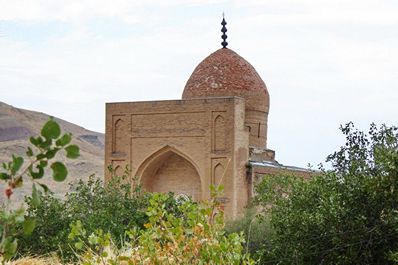 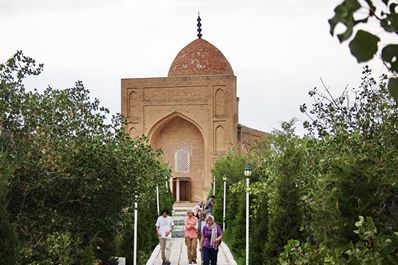 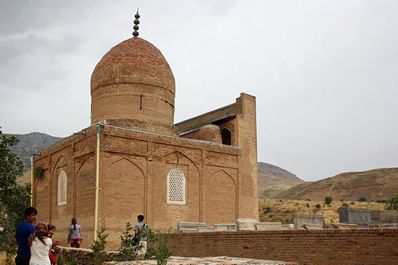 The inner interior of the mausoleum combines both elegance and rigidity. Walls and dome are painted with sayings from Koran and decorated with different patterns. Small hall houses four graves: the one of Mukhammad Sodiq, his son, Yemeni sheikh Abul-Khasan who abdicated and became a hermit, and one women who is guessed to be the daughter of Amir Temur (Tamerlane). Apart from that in earlier days, the mausoleum had a chest that stored few pages of the well-known Koran of Khalif Osman. Some say that there were 7 pages, others believe there were up to 12, and some even state that up to 143 pages of the Koran were stored there. 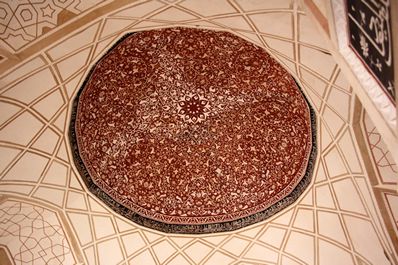 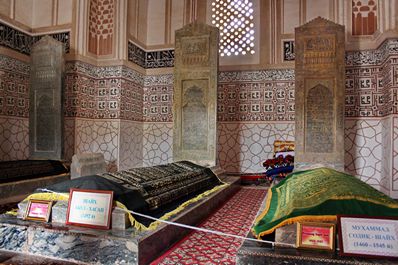 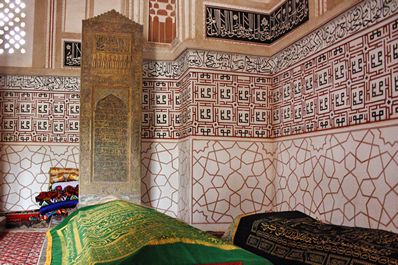 Around the mausoleum you will find a mazaristan – a small cemetery surrounding the mausoleum. Some of tombs differ with exquisite carving. Sufis who wanted to be close to their teacher after his death are buried there. It is believed that Mukhammad Sodiq had reached the highest stage of enlightenment that wishes made there would come true. Piligrims walk three times around the mausoleum constantly thinking of their request to God and return home waiting and hoping for their dreams come true. 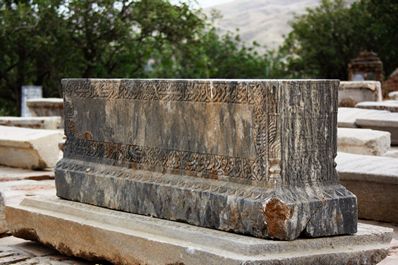 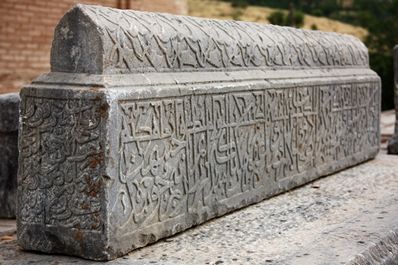 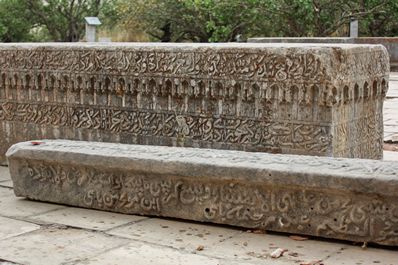