“From the Irtish and Volga to the Persian Gulf and from the Ganges to Damascus and the Archipelago, Asia was in the hands of Timour,” wrote Edward Gibbon 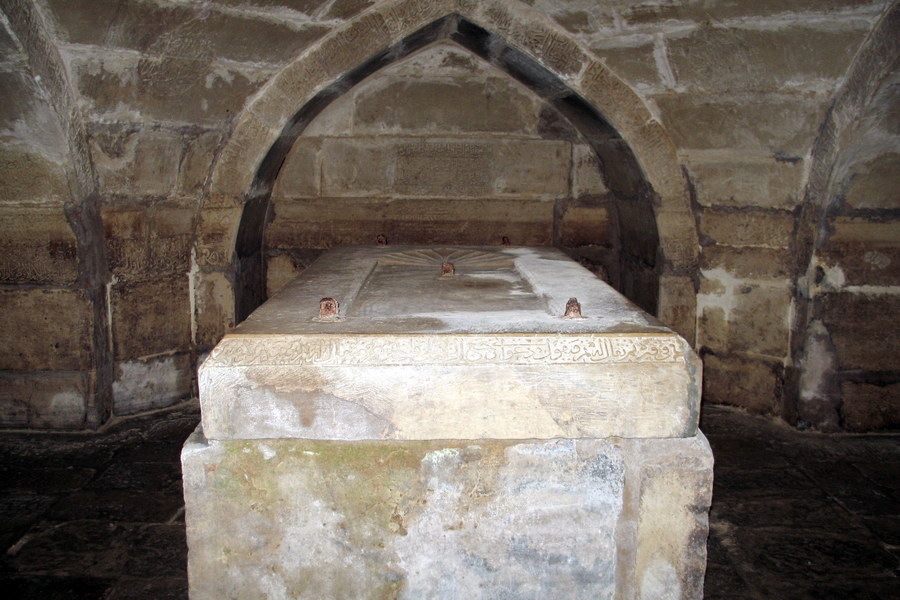 Behind the Dorus Siadat is a bunker with a wooden door leading to the crypt of Tamerlane, discovered in 1943, when a child playing football fell through the ground. The room is plain except for Karanic quotations on the arches, which read as follows: “The Supremacy belongs to Allah alone. He is Eternal”, and “All Good is in Allah's hands, He is Allmighty". In the center of the room there is the marble sarcophagus. It is covered with a huge, monolithic marble gravestone, which is 11 centimetres thick, with 5 iron rings being attached at the corners and in the middle. One the stone were found encryptions related to the life of Amir Timur, thus it is believed that the crypt was intended for him.