Acquaintance with Tashkent, and even with Uzbekistan, for many guests of the country begins here, in the Tashkent Airport. Once, in the 30ies the Tashkent airport consisted of a dirt runway, air terminal and lookout tower. Today it is the International Airport with two runways of 4000 meters in length, modern air terminal, equipped with everything necessary for comfortable waiting of arrival or departure time. 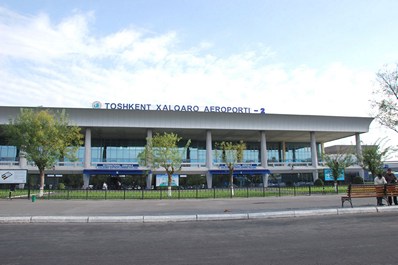 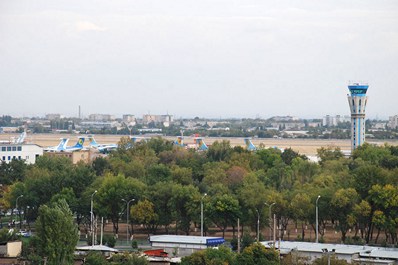 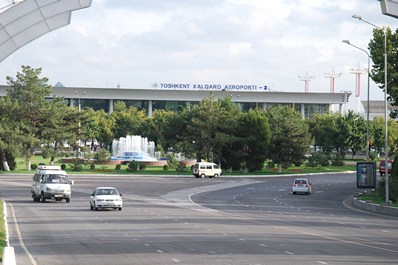 Tashkent Airport is the international airport, which is capable to accept any type of aircrafts and has regular flights from/to major cities of the world. Its convenient location almost in the center of Asia plays an important role in the status of the airport. It allows making transit flights from Europe to South-East Asia, Australia and other parts of the world. It has ICAO Category II (International Civil Aviation Organication), and such airlines as Asiana Airlines, Aeroflot, British Airways, Korean Air, Lufthansa, Turkish Airlines use its runways. Also the airport is the main air hub for local airline Uzbekistan Airways.

Tashkent Airport regularly upgrades the equipment to meet world standards. Reconstruction of the terminal building and runways was completed in 1996. In 2001 the equipment was renewed. In September 2011 a new terminal for  domestic flights was put into operation. Now the capacity of the main terminal reached 1000 passengers/hour and the capacity of the new domestic air terminal, Tashkent-3, reached 400 passengers/hour.

For passengers there are all conditions for comfortable waiting of arrival or departure: comfortable waiting room, VIP hall, restaurant, café, medical center, exchange office, information desk. For the convenience of the passengers the airport has 4 aircraft parking directly outside the central terminal, with air bridges. Annually Tashkent airport serves over 2 million passengers. Daily Tashkent Airport accepts and departs dozens aircrafts. In the future the company plans to increase the capacity of the airport and turn it into the major air hub in Central Asia.

Transfers from / to the Tashkent Airport