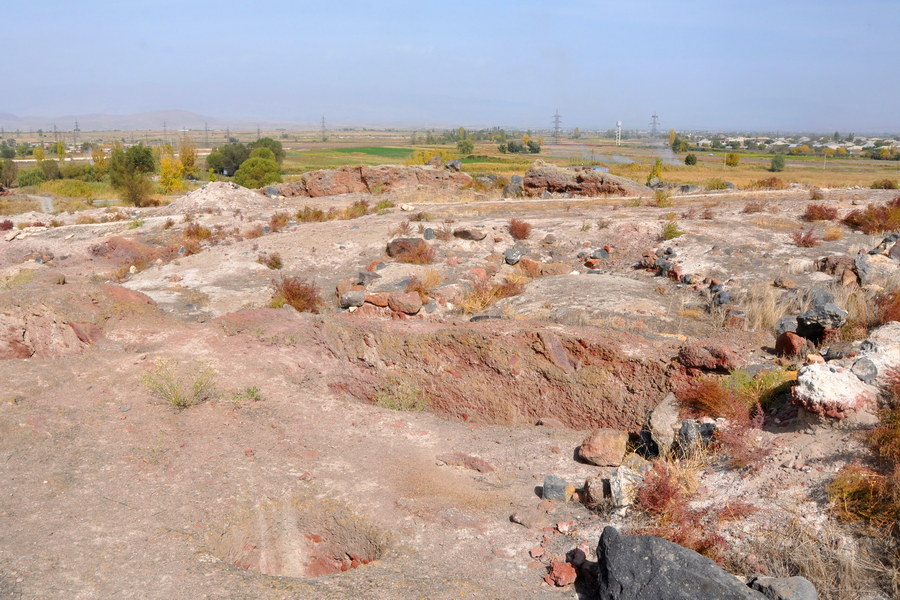 Armenia is famous for its archeological and historical sites, preserving ancient traditions and culture. One of the must-see places in this beautiful country is the Archeological Museum-Reserve Metsamor. It contains a rich collection including more than 27,000 valuable artifacts from the life of the great rulers of ancient eras. The excavations of the fortress began in 1965 and continue to this day.

Initially, Metsamor was a fortress surrounded by a massive wall. Inside there was a large settlement, an important cultural and commercial center on the trade roads. According to the scientists’ studies, people lived in this place as early as the 7th millennium BC. The period of Metsamor's history lasted from the Bronze and Iron up to the Middle Ages.

During the Bronze Age (IV-II thousand years BC) Metsamor was a large and prosperous settlement. Here, for the first time in the world, appeared a copper-smelting system with furnaces built into the rocky ground. The settlement occupied more than 10 hectares, and the entire territory was surrounded by a huge wall, built from hewn blocks of stone.

During the early Iron Age, Metsamor converted into a big city, covering about 100 hectares. Inside the citadel, there were residential quarters, industrial areas, an observatory, a temple, and seven sanctuaries. To the northeast of the fortress, there are grave burials, marked by boulders of red tuff. The leaders of the local tribes were buried there.

During the excavation works, a lot of ancient jewelry was found. The most notable find is a frog-shaped figure made of agate. It belonged to the Babylonian king Ulam Burarish. Another priceless find of those times is a carnelian seal with hieroglyphs engraved on it. The king of Babylonia Kurigalz confirmed his decrees with this seal. These and many other finds indicate that for many centuries Metsamor was an important part of international trade routes, connecting East and West.

Another interesting stage in the history of Metsamor was the period of the Kingdom of Urartu starting from the 8th century BC.

It is known that life in the ancient settlement continued until the Middle Ages.

The museum exhibits are positioned on three floors of a massive Soviet-era building. It was opened in 1968, and the collection is periodically replenished. Today there are more than 27,000 exhibits presented here.