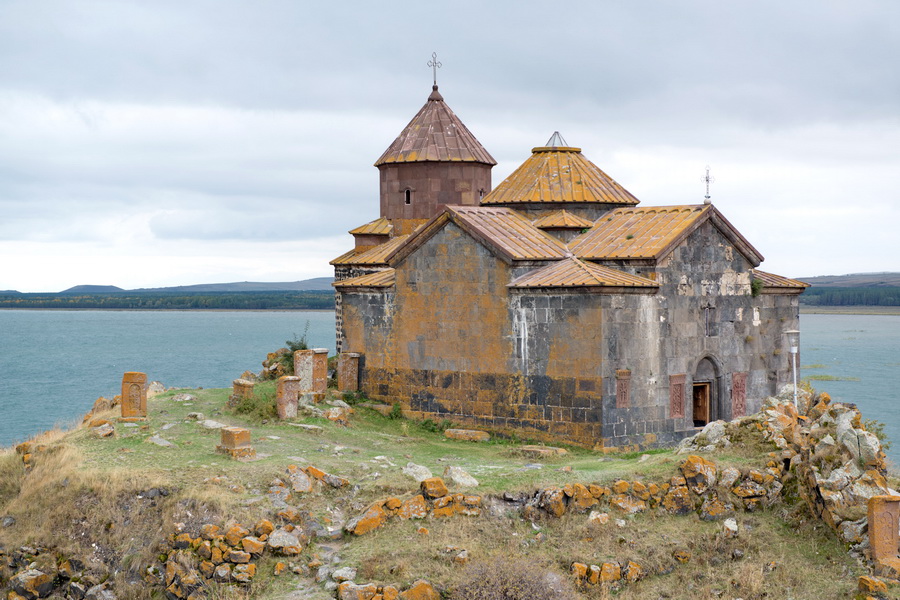 Hayravank Monastery, located on the banks of Armenia’s Lake Sevan in Gegharkunik Province, offers visitors panoramic views in a remote, serene setting. Yet it is not just the storybook architecture and picturesque setting of Hayravank Monastery, but the legends surrounding the site which attract visitors to this lakeside jewel.

Hayravank Monastery was built between the 9th - 12th centuries. Its oldest structure is St. Stepanos Church, which is distinguished for its square-based central dome. Built from black limestone, the cross-shaped church is inscribed with its date of construction in the late 9th century.

A small chapel was added to the complex in the 10th century and was embellished two centuries later with the construction of a distinctly Armenian gavit. Historical sources referencing Hayravank mention two monks, Hovhannes and Nerses, who added a two-columned, octagonal domed hall to the chapel in 1211.

Monastic life at Hayravank ceased in the 19th century, and it was not until the 1980s that the monastery was renovated and opened to the public. In the fenced yard of Hayravank are old tombstones and scattered cross-stone khachkars, while the ruins of monks’ cells may be seen just outside the fence. 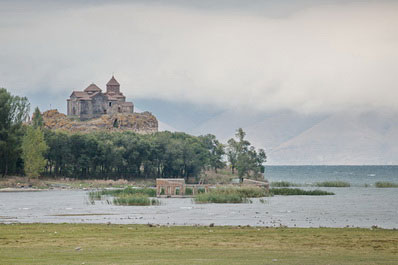 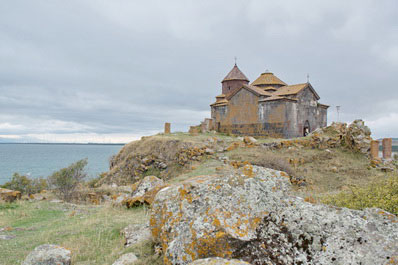 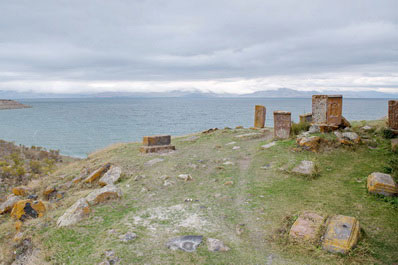 According to legend, in the 1380s a monk by the name of Hovhan was living at Hayravank when the troops of Tamerlane (Amir Timur) invaded the land. When Amir Timur reached Hayravank, Hovhan decided to jump into the lake rather than watch the obliteration of his beloved monastery. Yet God miraculously saved him by granting him the ability to walk across the lake.

Tamerlane, shocked by the sight of a man walking on water, promised Hovhan that if he would meet with him, the conqueror would grant whatever the monk wished. Hovhan agreed and met with Tamerlane, pleading with him not to kill anyone who could fit inside the monastery. Tamerlane agreed, and people began to seek refuge inside the compound. Surprisingly, everyone was able to fit inside, for Hovhan was turning people into doves so as to allow more space in the churches for people to escape death.

From that point on, the monastery was called Hovhannavank or Hayr Hovhan Monastery, meaning “Father Hovhan’s Monastery”. The compound has also been called Ayrivank, meaning Cave Monastery, for according to another legend Hayravank was once connected to Spitak Berd Castle (also known as Berdkunk Fortress) by a series of underground tunnels.

Just to the north of Hayravank Monastery are settlement ruins dating back to the Bronze Age. A short drive away is Noratus Cemetery, which holds more khachkar stones than any other site in Armenia. A combined tour of these ancient sites makes a great day trip for anyone with an interest in history and archaeology.