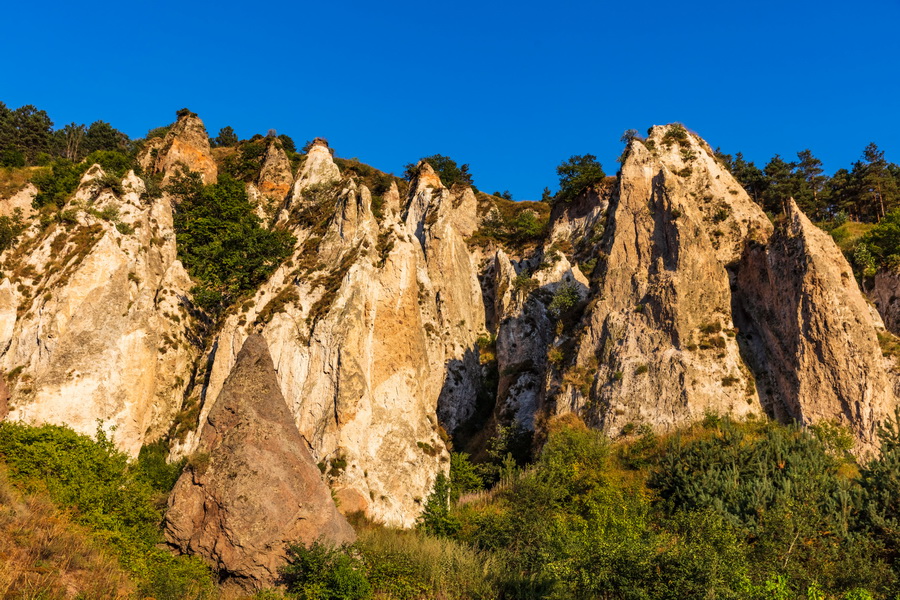 The marz of Syunik (Syunik Region) is located in the southern part of Armenia and is the largest and the most picturesque on the territory of Armenia. It is decorated by wonderful landscapes created by the chain of the Zanghezur Mountains. Syunik is remarkable due to its big level difference. The highest point of the marz is Mount Kaputdzhukh (3,906 m), and the lowest is the depression in the Megrin gorge (375 m). The lack of plains, frequent alternation of mountain tops, impassable canyons and gorges – all of it gives Syunik its extraordinary picturesqueness. Besides, it is abundant in Alpine meadows, thick big forests, caves and rivers. The main waterways of the marz are the Vorotan, the Vokhdzhi, and the Megri. The Vorotan, the largest river, is known for the huge Vorotan gorge whose depth reaches 800 m. There the river flows under the natural “Devilish Bridge”. On the Vorotan inflow, the Shaki, there is the most beautiful waterfall of Armenia, the Shaki Waterfall. The bank of the river Tsav hosts the largest plane-tree grove on the territory of the CIS. According to the legend it was created during the most ancient times, the priests could tell fortune by the rustle of its leaves. The marz of Syunik is famous for the abundance of mineral springs such as Tatev, Kadzharan, Goris, Vrotan (Urut) etc. 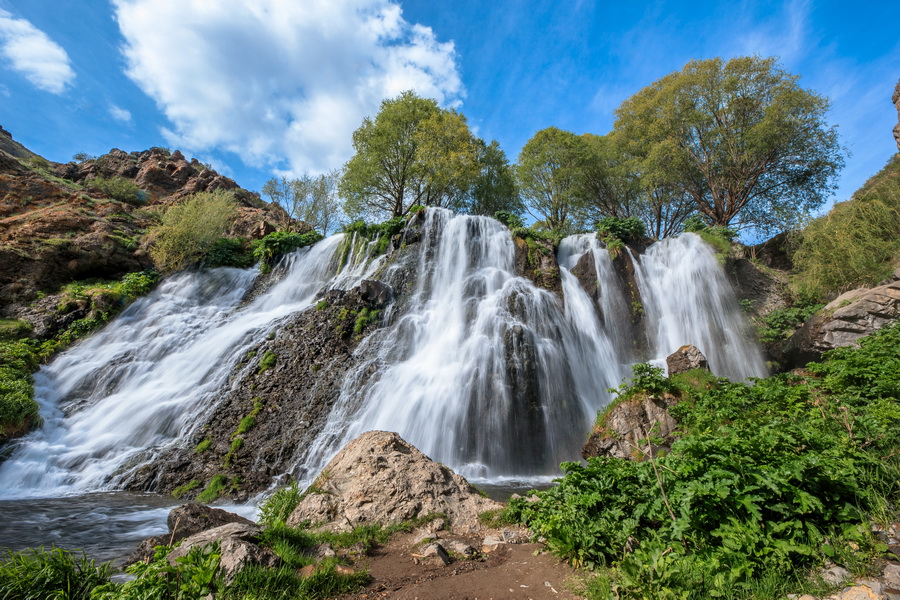 The southern gate of Armenia is the area closest to the Black Sea coast, therefore the most part of the marz is located in the zone of dry subtropics so the climate there is very warm. In January the temperature seldom falls below zero mark.

Syunik marz is the most densely populated region of Armenia. It means that many cities, Kapan, Goris, Sisian, Megri, Kadzharan, Agarak, Dastakert, are situated there. All cities there are still very young. They received the city status after 1930s except for Goris which became the city in 1885. Goris is one of the most beautiful cities of Armenia with charming architecture, landscape and original local color.

The administrative centre of Syunik is the city of Kapan. It is the largest city in the south of the country. Kapan is situated on the bank of the river Vokhchi right at the foot of Mount Khustup and partially on its slopes. Mount Khustup's spurs are rich with copper deposits. It was discovered in the 18th century when copper mines appeared on its territory. Copper crafts, weaponry and mechanical engineering also caused the beginning of this cozy enchanting city. Today's Kapan, which is often called the city of miners, was founded in the 1930s on the basis of copper mines and several villages. Copper mining is still the basic industry of the city.

Modern Kapan is a compact green town with low buildings. The entire city can be seen from the top of Mount Khustup; you will clearly see that the city couldn't settle on a small area of the plateau and expanded to the nearby hills and hillsides.

You probably won't find any places of interest in the city, but there are plenty of them in its vicinities. The most ancient monument is Khalidzor fortress i.e. what has left of it. The fortress ruins are on the hill by the river Vokhdzhi. Constructed in the 17 th century as a convent the fortress soon became a home of the well-known 18 th –century fighter for independence, David Bek.

Not far from Kapan in the river Tsav valley, there is the unique 60-hectare plane-tree grove where only plane trees grow. The average plane tree reaches 30-32 m with trunk diameter of 100-110 cm; the adult species are bigger -160-180 cm. Their hollows are huge. They even put beds for two forest guards in one of the hollows.