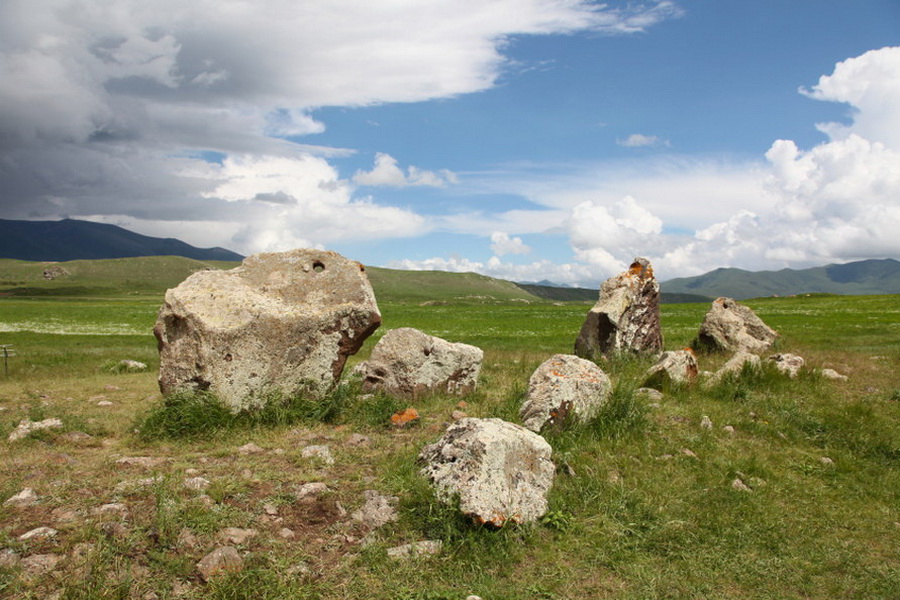 In Syunik marz next to Sisian there is one of the most well-known megalithic structures of Armenia named “Zoats Karer”. It is the prehistoric monument consisting of hundreds vertically set big 2 m stones – menghirs - with through holes in the top part. Armenians name it the “Armenian Stonehenge”. It is located on a mountain plateau 1,770 m above sea level and occupies the area more than 7 hectares in the gorge on the left bank of the small river Dar, the river Vorotan inflow. The menghirs stretch from south to north.

There were some assumptions of possible cultish or astronomical purpose of the monument. To find out four scientific expeditions (1994-1997) were organized on days of equinoxes and solstices.

The dimensions of the monument were measured, the detailed topographical mapping was done, the geographical co-ordinates were defined, the magnetic declination of the site was measured, numerous observations and video footages through corresponding holes in the moments of rising, setting and culmination of the Sun and the Moon on days of equinoxes and solstices were carried out along with the great amount of calculations. As a result the scientists came to conclusion that the monument had three purposes:

1. Temple of Ara (the Sun), the main God of ancient Armenians

2. The observatory equipped with stone tools able to make measurements with precision of up to 30 s of arc.