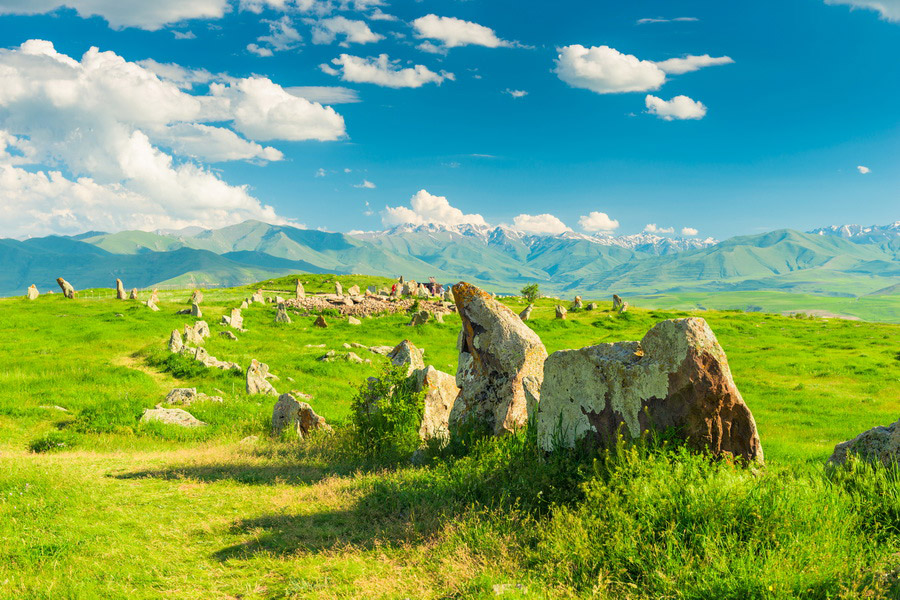 Tours, Attractions and Things To Do in Sisian

Sisian is a small Armenian city located on the riversides of the Vorotan. The city lies in the lowland surrounded by the mountains covered with green forests in summer and with snow in winter. The city’s population is 17,000 people. The city acquired great reputation owning to its attractions located both in the city and city limit.

One of the main attractions of Sisian is the 40-m high Shaki waterfall, found in the northern part of the city. It springs from the Shaki River, one of the tributaries of the Vorotan. The waterfall is located in a gorge with black cliffs abounded with many rock niches and deep grottos. Remnants of human life activity, dating back to the Stone Age were found in these niches. The Shaki waterfall represents an amazing attraction: huge masses of water cascading on the background of rock caves.

In the north-western part of the city there is one of the most ancient monuments of early Middle Ages – the Sisavan Church, built in the VII century by the Syuni prince Koazot. The church belongs to cross-domed architectural monuments. The feature of this church is a dome with twelve facets, and also inner well-preserved paintings. The Sisavan Church is not large; it is surrounded with an ancient cemetery – khachkari, where it is still possible to see some gravestones.

20 km from Sisian there are ancient Ughtasar petroglyphs. The rock paintings are carved on stones at the Ughtasar piedmont, which resembles a camel in its shape (“ukht” means “a camel” in Armenian). The petroglyphs are dated by the V-II millennia BC. Like many other petroglyphs of this period, the Ukhtasar petroglyphs represent images of the culture of the primitives, as well as the scenes of hunting and ancient festivals.

The Sisian’s “Pearl” is considered to be Karaundzh, pre-historical complex, located at the height of 1,770 m above sea level on the left bank of the Dar River (the Vorotan tributary). Another better known name of the complex is Zorats-Karer. The area of the territory where the monument is established is about 7 ha. The Zorats-Karer complex consists of two hundred and twenty 2-m stones (menhirs), standing in a circle. The upper part of every stone contains a through-hole.

The memorial’s age varies from 4,000 to 7,500 years. The world has only two structures similar to it: Stonehedge in England and Carnak in France, but the through-holes make Zorats-Karer unique among the similar monuments and perhaps the most ancient.

The intended use of the complex is still unidentified, but there exist a lot of hypotheses. The majority of the scientists believe that Zorats-Karer had a cultic and astronomical function. Karaundzh is often called the world’s most ancient observatory, since the stone circles are located in a form of the sky map; some of them coincide with the location of the Moon, Sun and primary planets. A hypothesis connected with a cultic function of the monument is also vital. Many scientists think that Karaundzh is a necropolis. In the depths of unrecorded time all burial places were considered as a bridge between the earth and supreme world in a human travelling from death to the revival by life cycle.