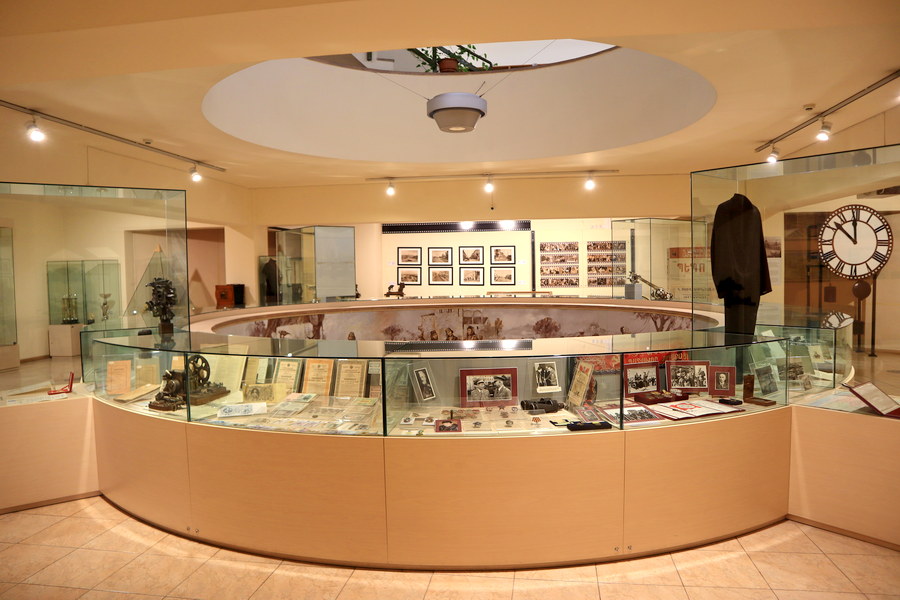 Those, who want to learn about the history of the Armenian capital, should not miss visiting Yerevan History Museum. It preserves a rich collection of more than 90 thousand unique artifacts. Since 2005 the museum is located in the building of the city hall, in the center of Yerevan.

Before 2005, the valuable collection changed locations many times. Initially, the museum was opened in 1931 in the building of the fire department, which was administered by the communal sector of the capital. Therefore, the museum was originally called the Communal Museum. However, it soon acquired its modern name. For more than 60 years, the museum was operating in the building of the Blue Mosque, the Muslim temple, built in the middle of the 18th century. After the museum moved to the former women's gymnasium, and then to the premises of school No. 1. Finally, the treasury of historical value found its final home in a strict and elegant building of the city hall, designed by Jim Torosyan, the chief architect of Yerevan.

The Museum collected unique objects from the cultural and spiritual heritage of the Armenian people. The exposition includes finds, discovered during archaeological excavations, art objects, photographs of the early 19th century and the Soviet period, collections of coins, literary publications of different years, and many other artifacts.

The territory of the modern Armenian capital was chosen by ancient people due to its mild climate, beautiful nature, abundance of sun, and ideal conditions for life. It is scientifically proved that mankind lived in these places more than 100 thousand years ago.

Shengavit settlement was one of the oldest ones in the vicinity of Yerevan, dating back to the period of 4-2 millennia BC. It was a large city with residential and outbuildings surrounded by a defensive wall with towers. Today you can admire individual finds from this ancient settlement in the Museum.

One of the most important relics, kept at the museum, is a tablet with an inscription about the foundation of the Erebuni fortress (the ancient name of Yerevan), founded by the decree of King Argishti I in 782 BC.

Ancient ceramic vessels, from which the ancestors of Yerevan drank beer, prove the existence of brewing technology in the Karmir-Berd culture, which later actively developed and flourished in the vicinity of modern Yerevan.

In addition to the diverse finds from ancient times, within the walls of the museum, you can see the most curious examples of everyday life and production of the Middle Ages and the 18th-19th centuries. The museum also owns a printing press, which was used to print books in Western Armenia in the 19th century.

Get acquainted with Yerevan, be sure to visit this museum, which will open the capital of Armenia for you from a new side, demonstrating the rich heritage of Armenian culture.