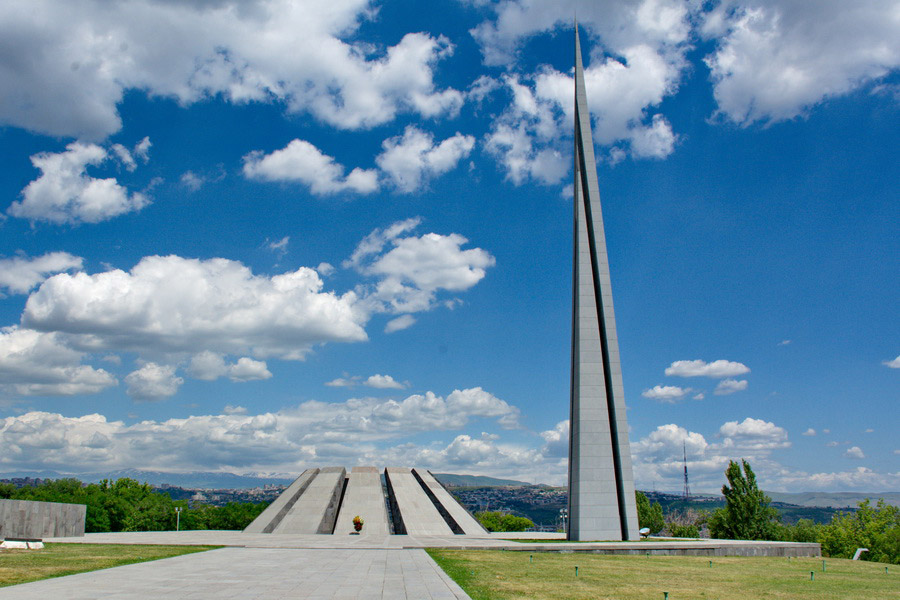 Away from the city center, on one of the green hills of Yerevan, there is a Museum-Institute of the Armenian Genocide. This place eternalized the memory of the awful crime of the 20th century against the Armenian nation.

The building was opened recently, in 1995. Next to the museum, a memorial had been erected to commemorate innocent victims.
Although the place is rather sad, as the old wisdom says: “If we forget the past mistakes, there is a great probability that we repeat them”.

In the years of the World War I, the troops of the Ottoman Turkey carried out a great crime – the massacre killings. Intentional extermination of Armenians by the Turks began in 1915 and had lasted for several years (some facts point that it was until 1923). During this time, more than 1,5 million people of the Armenian nation were killed (it was about 2 million Armenians in total residing on the territory of the Ottoman Empire at that time). The remained half million fled trying to look for a new refuge in other countries.

The initiators of the bloody actions were the government of the Young Turks. Later, when the international community recognized it as a terrible act and it was named as “the biggest crime against humanity and civilization”.

Reasons of the Genocide

With the beginning of the World War I, the government of the Young Turks was worried about the weakening of the Ottoman Empire and took the decision to create a huge Turkish Empire that would stretch from China and ending in Caucasus including the entire Central Asia. The Turks had in their plans subjecting all smaller nations, converting them into Islam and spreading their traditions. The Armenian population was one of the obstacles to realize their plan. 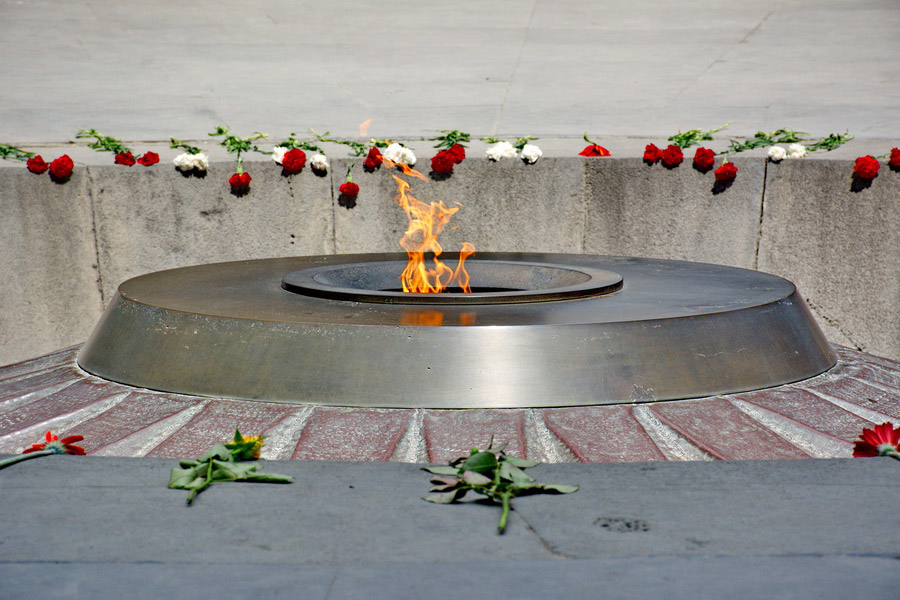 The hatred of the Turks towards Armenians was not that the latter professed Christianity. The main factor was another event. During the World War I, at the Sarikamish battle, Turks suffered a defeat from Russians. It was mostly influenced by the fact that Armenians fought on the side of Russians and assisted them in the battle. The Ottoman Empire declared Armenians betrayers and threatened reprisals against them that they later accomplished.

The Armenian Genocide Museum was established 80 years after the tragic event. Two-storey building was constructed on the hill, with its most part under the ground that in some way is associated with the burial place. Its round inner construction is the allegory of the circles of hell. The roof of the building is even and provides a beautiful view of the Ararat valley.

The first floor of the museum is semi-basement. It consists of administrative and engineer-technical premises. There are also a library, documents archive related to that period, storage of exhibits and the conference-hall for 170 people.

The museum exhibition is presented on the second floor that consists of three halls and has a total area of 1000 square meters. There visitors find photos, documents, publications, books and other items related to the genocide. Not only tourists but also locals frequently visit the place to honor the memory of their ancestors.

The mission of the Museum is to recognize the Armenian genocide as an unacceptable, terrible act that serves as an important step in preventing repetition of such tragedies in the future not only in Armenia, but in the whole world.