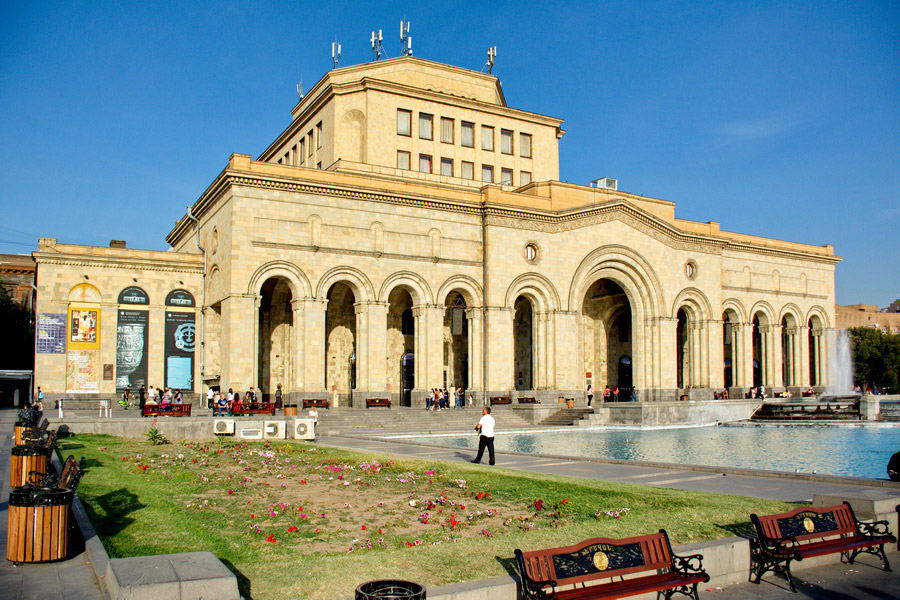 The History Museum of Armenia was founded in 1921. The Museum occupies first two levels of the building on the Republic Square. The Museum collection has about 400,000 exhibits. The permanent exposition covers the entire history of Armenian people – since the times of primitive society up to now.

The museum displays the objects of material culture from various epochs up to the late 19 th century which were found during the excavations. You will see the tools of primitive people, weapons and utensils of kingdom of Urartu and other Armenian states, sculptures, ornaments and handicrafts of various historical areas of Armenia . The museum has a rich library  of about 50,000 volumes, many of which are truly unique, such as the first printed book “Urbatagirk” (“Friday Book”) published in 1512 in Venice.