This is the monument to the victims of the genocide of 1915. It was erected in 1967 on a hilltop on the Tsitsernakaberd Plateau to the east of the city center. The monumental composition immortalizes the memory of innocent victims of the most severe genocide of Armenians and features a mausoleum made of 12 pylons standing in circle. The eternal flame burns inside and mourning melodies sound.

The mausoleum is decorated by a high (40 m) peaked obelisk split into two unequal parts (symbolizing the separation of Eastern and Western Armenia), which is visible of any point in the city. You can get to the mausoleum via long mourning avenue lined with fir trees, which were planted at various times by prominent political and cultural figures who paid official visits to the country and the memorial wall.

Every year on April 24th, thousands of Armenians from Armenia, diasporas, as well as foreign visitors gather in the park to give a tribute of respect to the victims who died during the genocide period.

Underneath the monument is a museum that was opened in 1995 to record the stories of Armenians in the Ottoman Empire, mostly focusing on the violence that was ever present during that era. The exhibits are mostly pictures, including from those reporting on the violence that they saw (some pictures can be quite graphic). There are some books and other small items, but the bulk of exhibitions are from 1870-1930. 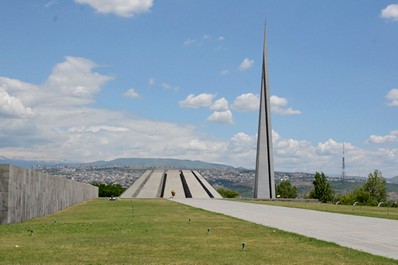 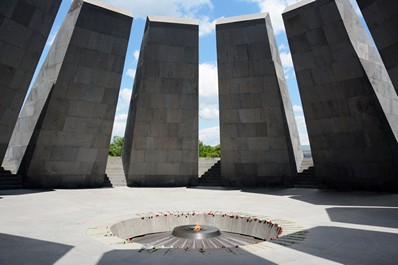 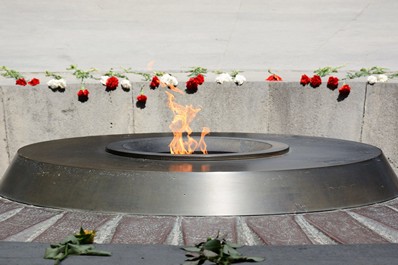