The most magnificent and mysterious landmark in Baku and in Icheri Sheher is the Maiden Tower, or Gyz Galasi in Azerbaijani. Because of its unique shape and design, Maiden Tower has become the unofficial symbol of Baku. At 28 m (92 ft) tall, it’s a distinctive landmark, and quite a presence in Icheri Sheher. Since the Caspian Sea is 28 m below sea level, and the bottom of Maiden Tower is at the water level, it means that when you are standing at the top of the tower, you are actually at sea level. 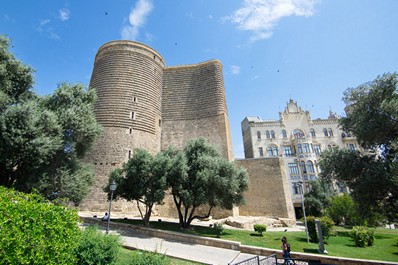 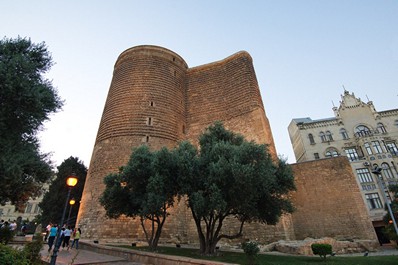 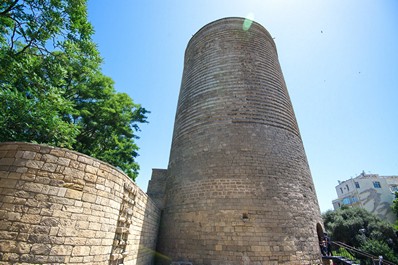 The cylindrical tower was constructed on a rocky ledge that jutted into the Caspian Sea, though the seashore has been extended and Maiden Tower is now located 200 m far from the water. The walls are made of thick brick, and the tower contains a total of eight levels. The top can only be reached via a winding staircase, but the view from the top opens to a beautiful panorama of Icheri Sheher, the Caspian Sea, and the rest of the city. The walls of Maiden Tower have their own secrets. There is a deep well, reaching 21 meters (69 ft) into the ground, and which holds water to this day. There are also the remains of clay pipes in the wall, which may have been used for water, but also could have been used to remove sewage.

The Maiden Tower’s age is still a subject of disputes. Some say that the tower was built in the 12th century, as an inscription on the side of the tower dates it to this time period and names the architect as Masud ibn Davud. But other historians think that this plaque and inscription appeared later, to fix a hole in the brickwork. Having studied the lime mortar and the color of the stones used to build Maiden Tower, some say that the tower could have been built as early as the 8th century CE (as similar buildings were made in Gabala at the same time), but no later than the 10th century CE (since the stones used to build the Maiden Tower and a mosque from this time are nearly identical). Still others say that, when you look at the construction, it’s clear that the bottom half is much older than the top half. The bottom half was built in the 5th-6th centuries, and the top half was completed in the 12th century.

Even more complicated is the use of the tower. It was poorly suited for defense, because of its small size, and since the windows are not suitable for warfare. Most likely, Maiden Tower was built as a Zoroastrian temple, since in those times, people were not buried. Their bodies were left in an exposed place, and birds came and ate the flesh and left the bones. We do know that Maiden Tower was an important stronghold during the Shirvan dynasty, in the 12th century, and that it was used as a beacon in the 18th and 19th centuries. 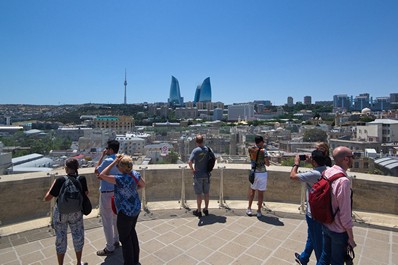 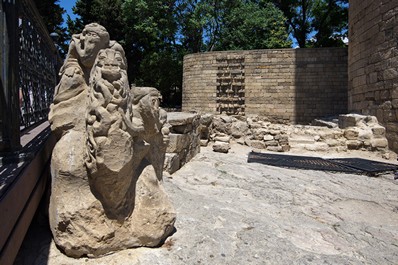 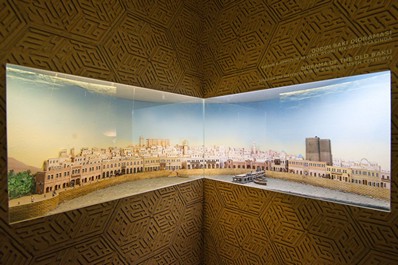 A local legend says that the tower got its name when a girl was given for marriage, though she didn’t want to get married. She asked her groom to build a tower for her, hoping to distract or dissuade him. But he did not change his mind while building the tower, so the girl climbed to the top and jumped to her death in the sea.

Today, Maiden Tower holds a museum, with exhibits that show daily life in the 18th and 19th century, plus how Baku and its architecture have grown and developed. The tower has undergone several recent renovations, and today is located in the center of a large square and marketplace. Since 2000, Maiden Tower has been included in the UNESCO World Heritage List.