Sometimes called the Old Town or the Inner City, Icheri Sheher is a unique historical ensemble right in the center of Baku, at the heart of the city. Ancient Baku was founded where Icheri Sheher is today, which used to be right on the shores of the Caspian Sea. The buildings are built out of limestone, cut locally and polished to a smooth surface, so most of the buildings share the same colors, and the roads are narrow and winding, making Icheri Sheher feel a bit like a maze.

Icheri Sheher is the oldest inhabited part of Baku. It was declared a historical and cultural reserve in 1977, and was included in the UNESCO World Heritage List in 2000. Three sides are surrounded by a thick fortress wall, with one side open to the Caspian Sea. Originally, there were two fortress walls to protect Baku, plus a wall between the sea and the city, though the outer wall has since been destroyed, and even the inner wall has fallen away in some parts. 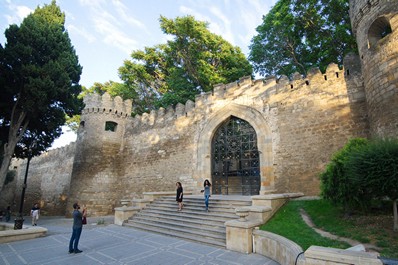 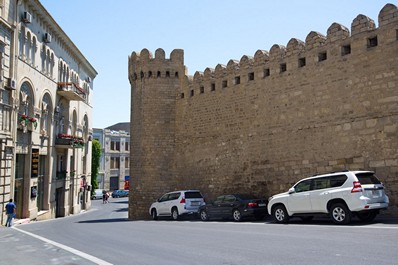 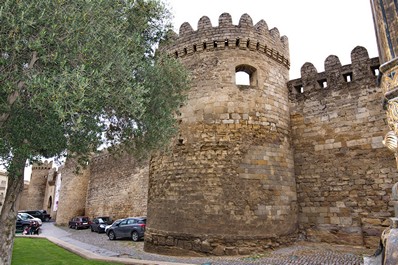 People have lived in Baku since the Bronze Age, though its development really took off when it became the capital of the Shirvanshahs in 1385. Though Baku’s most famous sight, Maiden Tower, predates the Shirvanshahs, this is when the famous fortress walls were built to be as strong and intimidating as they are today, and when many of Baku’s most famous monuments were built. Baku held a strategic position on the trade routes between Iran and Russia, and the Silk Road brought wealth and riches to the region, allowing rulers to build public buildings like bathhouses and mosques, and caravanserais to house these travelers.

For many centuries, Baku did not extend beyond Icheri Sheher. The territory isn’t large, just 21.5 hectares, and it was completely surrounded by two thick fortress walls. Everything the city residents needed could be found inside these walls, and the rulers of the city even lived alongside their subjects. Shirvanshah Palace is the jewel of Baku, where the shahs used to make their home, and the palace is surrounded on all sides by crowded houses, since everyone wanted to build their houses inside Icheri Sheher. Outside the walls, people were more vulnerable to attackers, and there were mostly farms but no city residents. 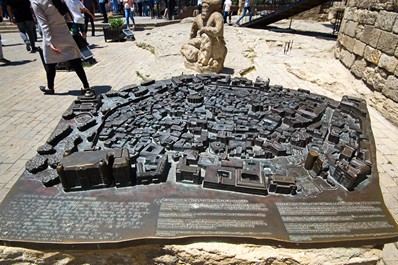 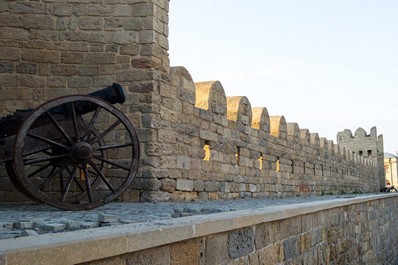 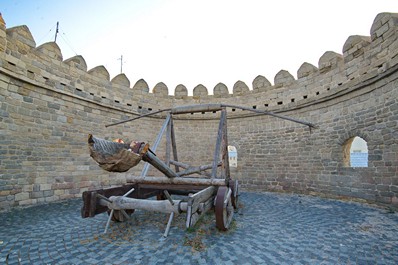 Many of the buildings are old, with the oldest ones dating to the 1400s, and some being positively modern. Most buildings are made of the same color limestone, so the most defining part of each building is the balcony. Balconies were traditionally made of wood, since it was rather expensive to bring wood to Baku. People would build wood balconies to show off their wealth to anyone passing by their building.

For several centuries, from the late 1300s to right around 1500, the Shirvanshah dynasty made Baku its capital. Shirvanshah Palace was built during this time, as were some of the older buildings, including some of the oldest mosques. Even after the Shirvanshahs moved their capital back to Shamakhi, building continued, with new mosques, new houses, and new marketplaces being built one on top of another. 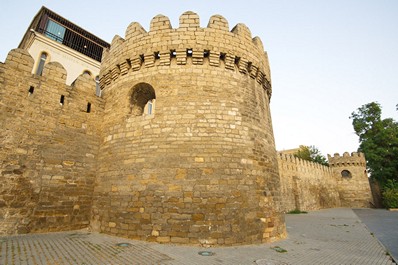 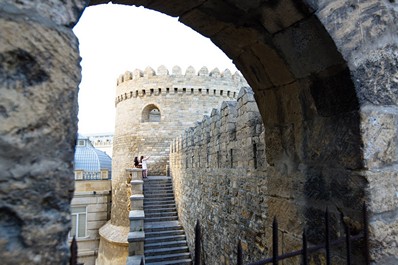 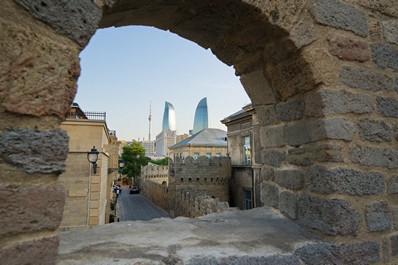 With the oil boom at the end of the 1800s, Baku started expanding beyond Icheri Sheher. First, the outer fortress walls were demolished, and the moat between the two walls was filled in. Then, buildings started being constructed outside the walls, and Baku rapidly grew to reach its current sprawling size. Many buildings inside Icheri Sheher have survived to this day, though some have been destroyed and rebuilt. People still live in Icheri Sheher to this day, and about 3,000 people total call Baku’s Old City home.