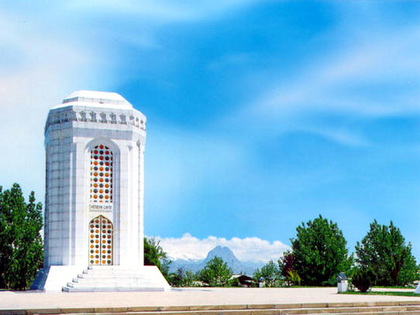 Discover the historical and architectural highlights of the fascinating Nakhchivan Autonomous Republic on this 1-day tour from Baku. Visit the Prophet Noah’s Tomb, the Momine Khatun Mausoleum, the Khan’s Palace, the Yusif Ibn Kuseyir Tomb, and the Ashabi-Kahf Caves, before ending the day at the unique Duzdagh Salt Mines Hospital.

At about 06:00, meet our driver at your hotel in Baku and transfer to the airport for your morning flight to Nakhchivan. Upon arrival, meet our local guide and driver to begin your sightseeing tour, starting at Prophet Noah’s Tomb. People often come to pray at this place where, according to legend, Noah’s remains are buried. Continue to the Momine Khatun Mausoleum, which is the symbol of Nakhchivan. The monument was built in 1186 in memory of the mother of Muhammad Jahan Pahlavan, ruler of the Eldiguzids. Next, admire the architecture and interior design of the 18-19th century Khan’s Palace, the former residence of the Nakhchivan ruler, Rahim Khan. From the palace’s location in the Gadim Gala (Old Fortress), you can also enjoy a spectacular view of the city. Continue to the Yusif Ibn Kuseyir Tomb, which was built in 1161–1162. This small, octagonal building is made of bricks and has a pyramid shaped roof. Around the top is a line of kufi writing from the Quran. In the afternoon, visit the Ashabi-Kahf Caves in the eastern part of the city, located between the Ilandag and Nahajir mountains. Since ancient times, this has been considered a sacred place, and even today many Azeris come here to pray and find peace. To conclude the tour, visit the Duzdagh Salt Mines Hospital, a former salt mine where the underground tunnels have been converted into a salt treatment facility. After looking around this unique and fascinating place and exploring the tunnels, transfer to Nakhchivan International Airport for your evening flight to Baku. Transfer to the hotel. End of the tour.

1 person
430
2 persons
290
3 persons
275
Prices are in US$ per person, discounted prices for larger groups are available on request.
Tour Request 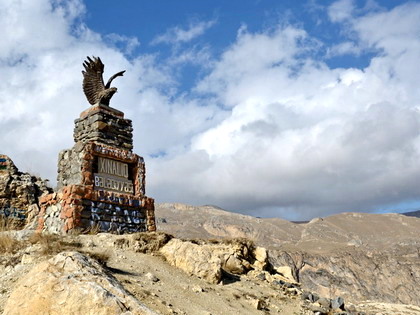 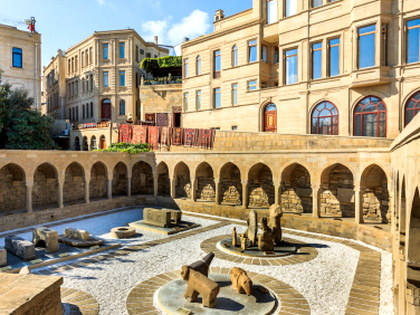 One-day tour to Gobustan National Park and historical part of Baku will give you an unforgettable ... 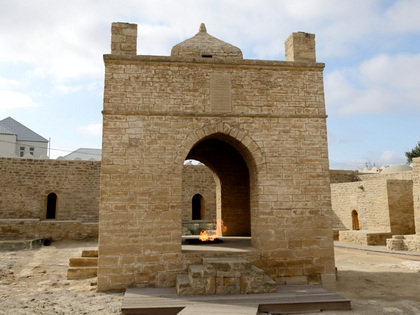 Greater Baku one-day tour will introduce you to the most interesting tourist places of the Absheron ... 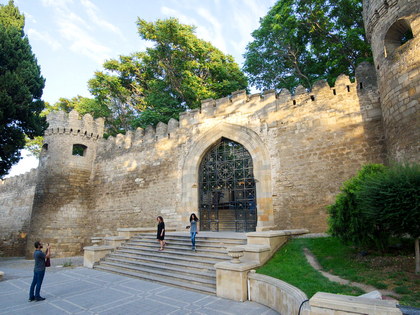 One-day culture tour in Baku will give you lots of bright impressions and emotions. The capital of Azerbaijan is like a panorama reflecting the entire beauty of the "land of ...