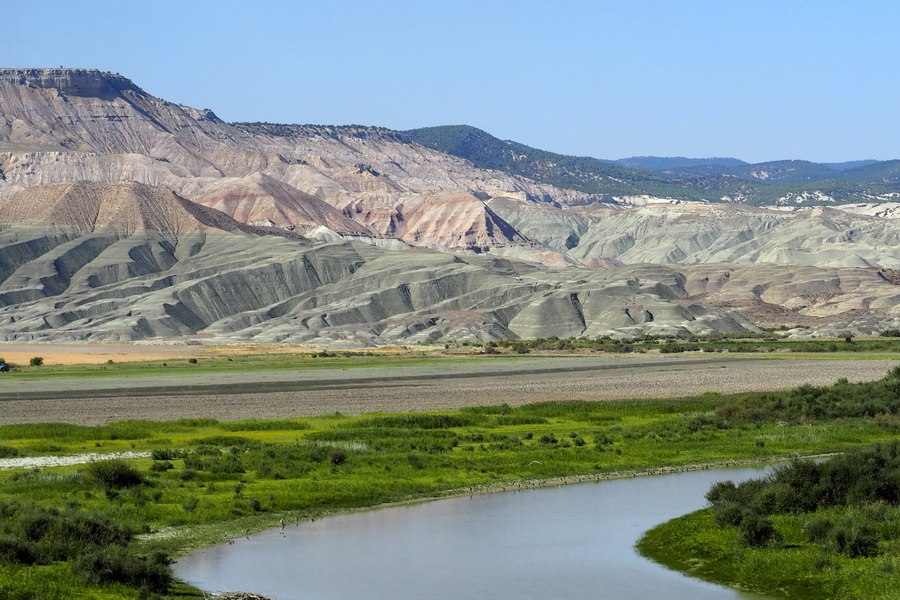 Tours, Attractions and Things To Do in Nakhichevan (Nakhchivan)

Nakhchivan is the capital of the Nakhchivan Autonomous Republic (NAR), an independent region of Azerbaijan that shares no common borders with the mainland country. The city was reportedly founded by Noah, and although this claim cannot be verified, its 3000-year-old history makes it one of the oldest cities in Transcaucasia. Due in part to its geographical distance, few tourists to Azerbaijan visit Nakhchivan, yet the region abounds with history and natural resources and stands ready to reveal its secrets to curious travelers.

Nakhchivan was founded around 1500 BC, although archaeological discoveries in the region indicate that the history of the area as a whole goes back even further. In the 11th - 6th centuries BC, Nakhchivan was a well-developed city in the ancient state of Media which relied heavily on farming, trade and artisanry. In the following centuries, however, Nakhchivan would be repeatedly invaded and fall successively under the rule of the Sassanids, Arab Caliphate, Shirvanshahs, Sheki Khans, Seljuk Turks, Mongols and Persians as they vied for power in the region.

In the Middle Ages, the well-developed and prosperous Nakhchivan was one of the largest Transcaucasian cities on the Great Silk Road. In the late 18th - early 19th centuries, Nakhchivan served as the capital of the Nakhchivan Khanate, an independent entity within Persia. This era of influence ended in 1827 when the city was occupied without a fight by Russian troops under General Ivan Paskevich. The Turkmenchay Peace Treaty of 1828 dictated that Nakhchivan city and the entire Nakhchivan Khanate be placed under the control of the Russian Empire. Consequently, Nakhchivan was lumped in with the newly-formed Armenian Province before being annexed to Erivan Province shortly thereafter. In 1921, a referendum indicated that most of Nakhchivan’s residents wished to join Azerbaijan as an autonomous republic. Their desire was granted, first as an autonomous territory of the Azerbaijan Soviet Socialist Republic (ASSR) and later as an independent region of Azerbaijan after it achieved independence from the USSR in 1991.

Nakhchivan tourism centers around its mausoleums, the most famous of which is Tomb of the Prophet Noah (Mausoleum-Tyurbe). According to legend, Noah himself was buried here after his ark landed near the future Nakhchivan following the Great Flood. Popular belief also claims that Noah was the original founder of Nakhchivan city.

Accounts of travelers from previous centuries indicate that there was once an actual tomb at Mausoleum of the Prophet Noah, although this is no longer the case. Rebuilt in 2006, Tomb of the Prophet Noah now stands as a stately structure with a cone-shaped dome and rich, colorful mosaics. The grave itself is located in the lower part of the mausoleum and can be accessed by descending the flight of stairs. Inside the room is a pillar, under which many believe the ashes of the Biblical prophet now rest.

The third must-see mausoleum in Nakhchivan is Momine Khatun Mausoleum, dedicated to the influential mother of Jahan Shah, one of the region’s most prominent rulers in the 12th century. Momine Khatun is credited with altering the course of Azerbaijan’s history through her wise and balanced political advice.

All three mausoleums are situated in close proximity to one another near the old fortress in southern Nakhchivan.

In addition to mausoleums, Nakhchivan is known for its mineral waters and salt caves. Duzdag Health Resort is famous for its unique underground salt cave which is located at a depth of 300 meters. Although the treatment facilities are particularly beneficial for people who have respiratory problems, it is believed that spending the night in the natural salt mines can improve a person’s overall state of health and have a curative effect on a variety of serious ailments.

Nakhchivan, Azerbaijan has its own airport which accepts both domestic and international flights. Most flights in and out of the region will transfer through Baku, from which it is a one-hour flight to Nakhchivan.