When Is the Best Time to Visit Central Asia?

The vast region of Central Asia is home to some of the most challenging geography in the world, as vast plains suddenly erupt into towering mountains that carve up the landscape and eventually disappear into desolate deserts. The climate of Central Asia matches the topography in both its extremes and variety. As you travel around the region, you will discover that the climate is driven by the landscapes, creating regional pockets within countries where the length of seasons differs from one region to the next. Although two things are fairly standard across the whole region - winter is bitterly cold and summer temperatures are scorchingly hot. However, each season has its own charm and unleashes a different kind of natural beauty in the region.

The baking hot summers in Central Asia in some areas make travel impossible as the deserts in Turkmenistan and Uzbekistan become unapologetically inhospitable. However, the sun's warmth in the mountainous areas to the east of Central Asia open up the area for exploration, with Tajikistan mountain ranges losing their snowy peaks and becoming trekkable. During the summer months, the mountains are prime for exploration, normally experiencing cooler temperatures than the lowlands and as a result, you can spend days on trekking or horseback riding through the green mountain passes and experiencing the nomadic way of life. In Tajikistan, the Pamir Highway is fully open and allows you to traverse the roof of the world, where fantastic festivals and sporting events take place during the summer months. Along the coast of Caspian Sea, Turkmenistan's demanding desert gives way to cooler coastal resorts where you can relax and enjoy the water. 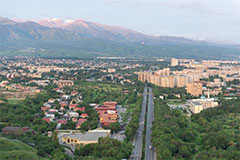 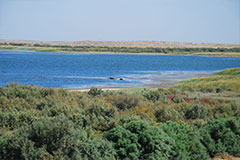 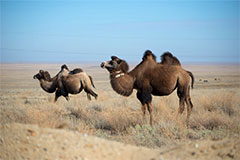 Autumn in Central Asia. As the warm winds stop blowing across the plains in northern Kazakhstan and autumn sets in, Central Asia explodes into a new form of beauty. The once emerald lands start turning warm autumn colors and much of the region welcomes travelers back after a long hot summer. During the first part of autumn, the countries of Central Asia become a hive of activity with crops harvested across the lands, filling the local markets where locals stock up and prepare for the Central Asia winter. During the early months of autumn, the deserts of southern Central Asia are easily traversed and wild camping in the barren deserts is an amazing way to get close to nature. Prior to the first snowfall around November, the mountains are still accessible for trekking and alpine lakes will surely be showing their best side as bright blue waters contrast with the browns and reds of the trees and the grey and white mountain tops. As the first snow starts to fall and the weather chills, warm up in the natural hot springs that are dotted throughout the region, almost all brimming with healing properties. 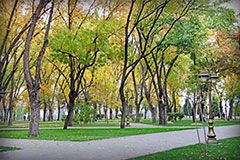 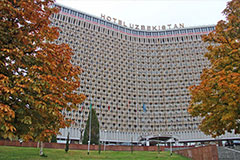 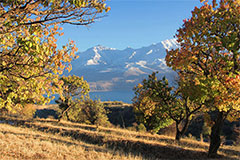 Winter in Central Asia arrives with the icy winds that blow down from Siberia and across the plains uninterrupted until they hit the mountains in the west. These cooling winds cause temperatures to plummet to as low as -40°C in some areas. Much of the land ends up blanketed in a thick covering of snow which closes many roads and passes meaning that travel in the area is limited. Despite when snow falls, the weather tends to be sunny and bright, making exploring the cities pleasant when wearing the correct clothing. In the mountains, some of the world’s most undiscovered ski resorts open for business, offering the opportunity to ski in some of the most stunning mountains in the world that have been barely touched by man and retain much of their raw beauty. The winters in the east tend to last longer than those in the west, with the western parts opening up and from the middle of February. While it may not be the best time to visit Central Asia, winter can still be enjoyable if you are into winter sports and activities. 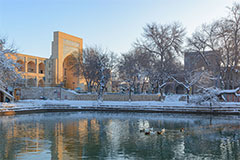 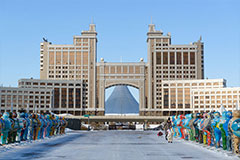 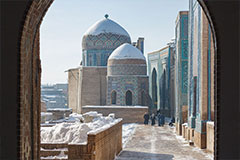 Spring in Central Asia. In March, winter starts to loosen its wintery grip from all of Central Asia and the rains replenish the lands as people prepare to celebrate the Persian New Year. From the start of April, the whole of Central Asia bursts into color as the wildflowers in the plains, mountains, and deserts bloom, creating a surreal and magical ambiance. The weather in Central Asia in spring can be unpredictable with hot humid days followed by snow, however, the temperate weather opens up much of the land, apart from the highest peaks, for exploration. During this season, the alpine lakes and rivers swell with the meltwater that rushes down off of the high slopes, creating amazingly colorful pools of mineral-rich water. During the middle of spring, the winds in the mountains die down and allow thrill-seekers to enjoy paragliding from the roof of the world. Spring in this part of the world is generally one of the shortest seasons and by the middle of May, the temperatures become more summer-like, although, with added humidity, this is a perfect time to start exploring the higher routes through Central Asia, like the Pamir Highway as all the roads and passes tend to be clear. In the lowlands, take the short window of opportunity to explore the deserts of southern Central Asia and treasures they keep locked up for much of the year. 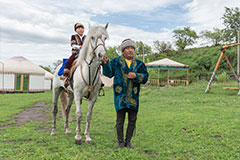 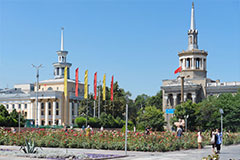 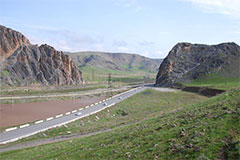 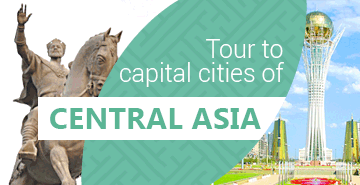