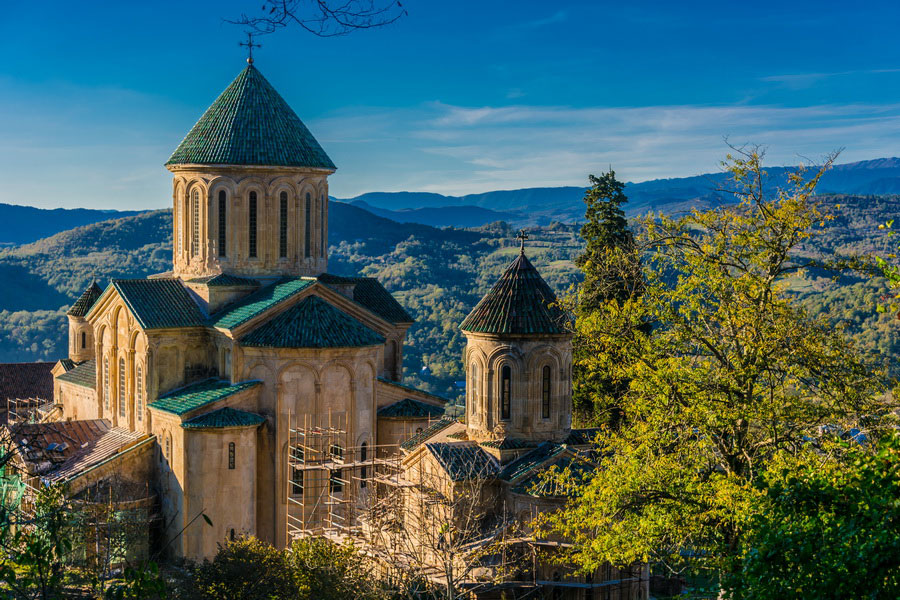 This perfectly restored outstanding monument of Georgian architecture was the centre of spiritual and scientific life of the Middle Ages, the tomb of Georgian rulers, the cult place for pilgrims. It is located 11 km from the city of Kutaisi and is under UNESCO protection as an object of cultural and historical legacy.

In fact Gelati is a rich historical architectural complex comprising the ancient monastery, the bell tower, the church and the academy set up in 1106 by the great ruler of Georgia David the Builder. Thus, Gelati was not only the spiritual centre of the country but also the largest centre of culture, history and science. David the Builder, who wanted to create a large educational centre in his country, gathered the best Georgian scientists in the academy. In Gelati there was a big and rich library, the teachers and scientists in the academy were the most educated people of the time. 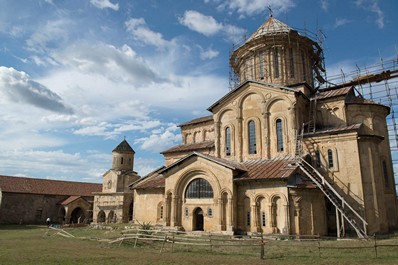 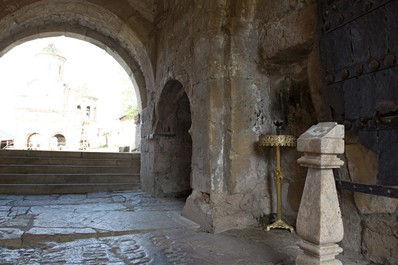 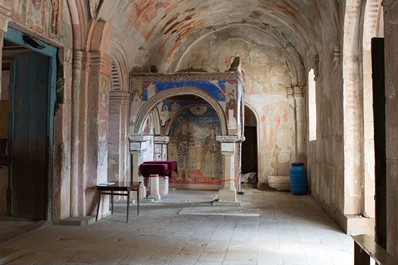 The main structure of the complex is the church of Assumption of the Virgin. This temple keeps well-known Gelatian mosaics and frescos dated the 12 th – 18 th centuries. The most valuable are the paintings with the images of the Mother of God. On the northern wall of the temple there is a fresco with the image of David the Builder. Beside those Gelati complex includes St. George the Victory-Bearer cross-dome church (the 13 th century) which is a smaller replica of the main Gelati temple. The church has 16 th- century frescos. The two-level St. Nicolas Miracle-Worker church is also a part of the complex.

When speaking of Gelati Monastery let us not forget about Ganja Gate, which is fastened to the wall facing David the Builder’s grave in the monastery yard. According to historical sources, in 1138-39 King David's successor, Demetre I, conquered the city of Ganja (in present-day Azerbaijan). He brought back Ganja Gate as a trophy and gifted it to Gelati Monastery.

The gate is made of iron and cast iron and embellished on the outside with stamped decorations. It has an Arabic inscription which states that it was made in 1063 by order of Shavur I of the Shaddadids Dynasty. It was created by Azerbaijani master Ibrahim ibn Osman and was originally part of a large fortress with six gates which served to protect Ganja. If you are in Gelati do not miss the chance to see this masterpiece of Ganja’s medieval artisans.

… Here the short history of Gelati. From the 12 th to the 14 th centuries the monastery was the property of the ruler's house. David granted it enormous grounds and generous treasures – the trophies of the victorious wars. The monastery was the place where such religious relics of entire Christian world as Khakhul icon of Divine Mother and the Atskur icon of Divine Mother along with ancient manuscripts and many other relics were kept. 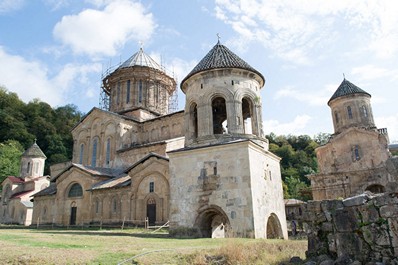 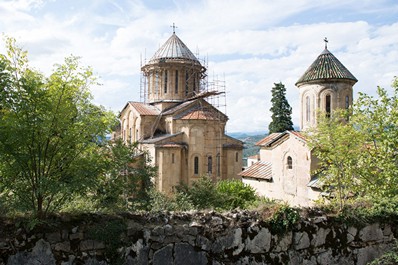 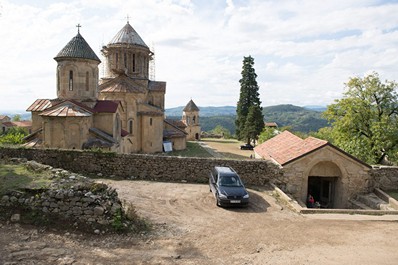 David ordered to arrange a tomb for the representatives of imperial family n the monastery. Nearly all rulers of united Georgia are buried there: Demetre I, George III and presumably Queen Tamara. David the Builder ordered to bury him in such a way that everyone entering the tomb would step on his ashes. The legend says that it was how he wanted to be punished for being arrogant. Now everyone who enters the temple has no other choice but stepping on his tomb. There is also the tomb of Imeretian rulers since after the disintegration of the united state the monastery was in their possession. In 1510 Gelati was burnt by Turkish aggressors.

After that the ruler of Imeretia Bagrat III and George II thoroughly repaired the monastery. Afterwards the residence of the Catholikos was transferred from Bichvinta to Gelati in the second half of the 16 th century (until the 19 th century). In the 17 th century the monastery was renovated again. After Imeretian kingdom joined Russia Gelati ceased to be the church possession and became a state property.