The picturesque town of Martvili is located 50 km north-west of Kutaisi and has two main sites: Martvili Monastery and Martvili Canyons. The monastery is situated on a small hill, and can be seen from the entrance to the town. Martvili Monastery is also called Chkondidi, which, in the Mingrelian language, means “Big Oak” (chkoni means “oak”, and didi means “big”). The story behind this name is very interesting. 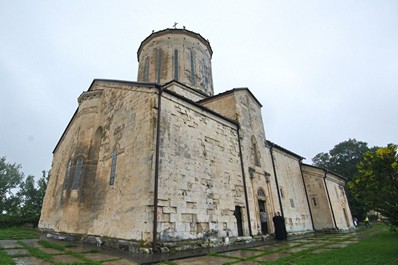 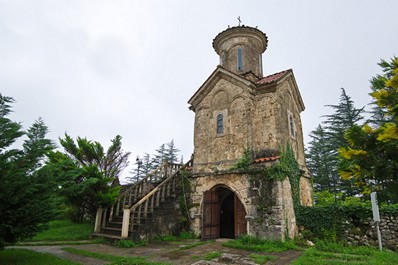 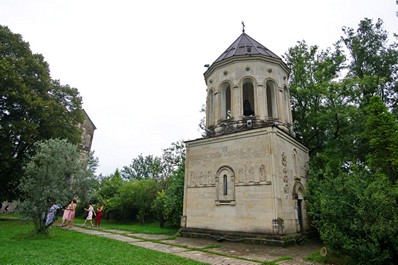 Long ago, the hill where the monastery now stands was a sacred place used for pagan rituals. On the top of the hill stood a large oak tree, which people worshipped as a symbol of prosperity and fertility. According to legend, human sacrifices were made under the branches of this oak tree. However, when Christianity came to Georgia, this sacred oak tree was cut down, and a church was built in its place. This church was named after St. Andrew, who preached Christ’s teachings in the region. 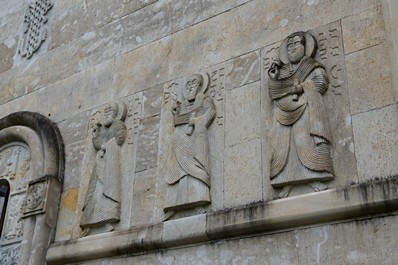 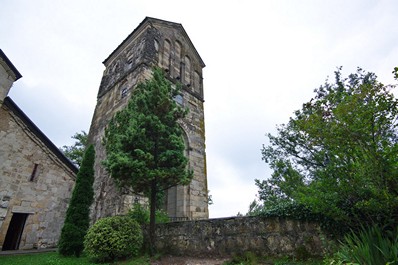 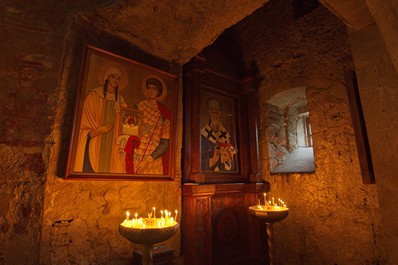 The first church built on the top of the hill was erected in the 7th century, but after several invasions by foreigners it fell into disrepair. In the 11th century, the church was reconstructed by order of King George II, and became much larger. Subsequently, a chapel, a church of Mtsire Chikvana, and a small scriptorium (where the monks wrote and translated books) were built here. Martvili Monastery’s clergy had a strong influence on the region’s social life, and for a long time the abbots played a major role in the court of the Georgian kings.

Martvili Monastery has features typical of most other Georgian churches, but at the same time has its own unique architectural style. This unique style is evident in the form of the domes, in the layout of the buildings, and even in the design of the windows. The interior is similar to that of other churches in the country, with enormous columns, high arched vaults, and many frescoes. Murals depicting saints date back to between the 14th and 17th centuries. 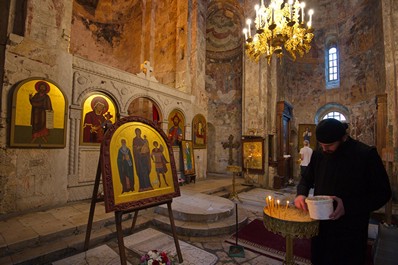 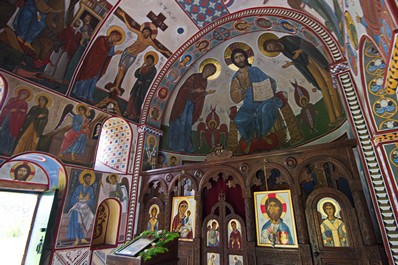 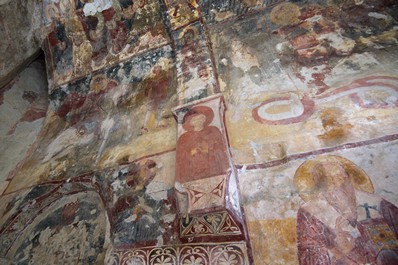 The territory of Martvili Monastery is like a park, with well-groomed lawns, flower beds, and comfortable benches. Visitors can reach the monastery by car, on foot, or using the funicular that goes from the town of Martvili. A visit to the monastery will leave a strong impression: the churches are very interesting architecturally, and the site offers a magnificent view of the town and the surrounding area. Lucky visitors may see a wedding ceremony and witness Georgian wedding traditions.