It is a small and very beautiful monastery with round turrets crowned with peaked tent-shaped domes. The monastery is standing above the rough Rioni river and is buried in coastal vegetation. According to the legend the monastery was constructed on the place where Muslim aggressors executed David and Konstantin Mkheidze, Georgian princes, who refused to accept Islam. In a small monastery hall on an eminence there is a big rectangular ark with the hallows of the pious princes canonized by Georgian Church . Motsameta attracts crowds of tourists with an ancient superstition: if one crawls three times under the ark and makes a wish while touching the hallows, the princes David and Konstantin will grant it. The Tsar Bagrat III reconstructed the church in the 10 th century. The building was reconstructed again in the 19 th century. 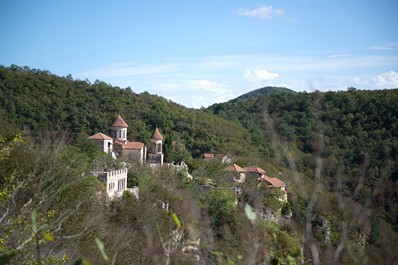 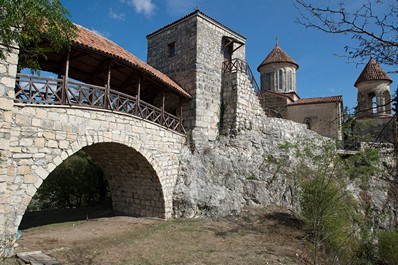 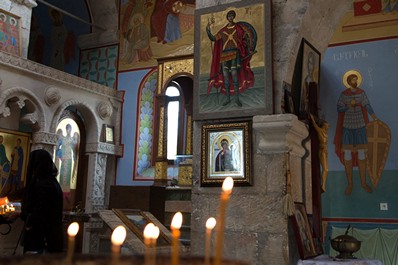 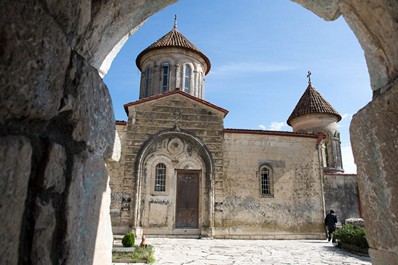 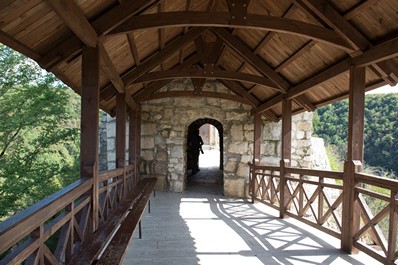 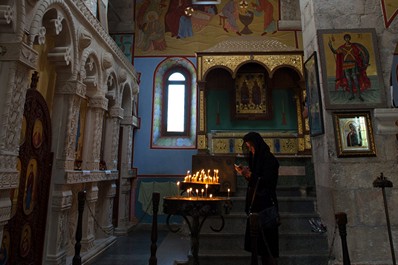