Empyreal church at the footsteps of the Mount Kazbek

In the north of Georgia, at the foot of the Mount Kazbek, there is a small settlement called Stepantsminda. For about 100 years till 2007 it was always known as Kazbegi, and only recently it received its historic name. It is located 165km in the north from Tbilisi and only 11km from the Russian border. Also, Georgian Military road crosses this town, that connects Russia and Georgia and this is the road that lead tourists traveling by car. 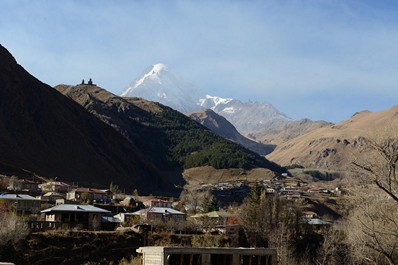 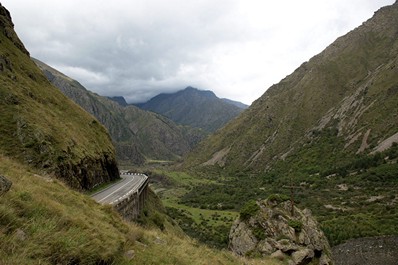 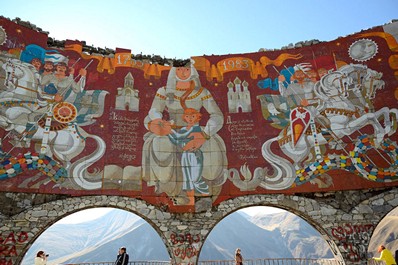 Vicinity of Stepantsminda is picturesque. There is a river Thergi running below the town, with snowed peaks of Caucasus rising among which the Mount Kazbek standing out, with its 5033m height. There are quite a few valley glaciers and forests, both deciduous and coniferous. Fresh mountain air and mineral springs of Stepantsminda are considered to be the main therapy for breathing or eating disorders. 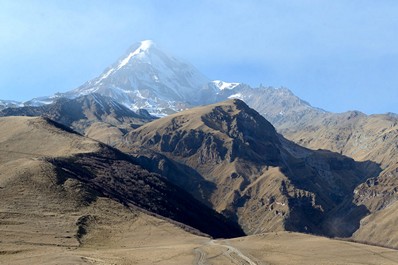 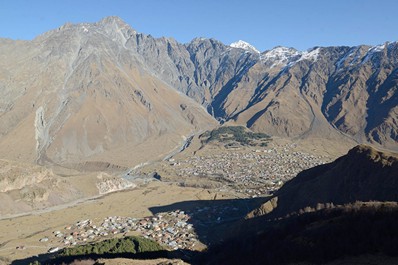 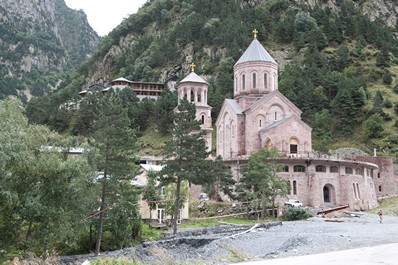 Population of Stepantsminda is around 1850 people, besides being the only town in the mountain area of the Moheve region. Administrative, medical and cultural institutions are also situated here, as well as small enterprises from which factory for bottling mineral waters ‘Kazbeg’ stands out. Besides, Stepandtsminda is a starting point for alpinists who want to conquer the Mount Kazbek. One can find some hostels and a small hotel nearby.

There are not too many sights in town. There is a Russian church of St. Nicolas, ethnographic museum and the Gergeti Trinity Church. However, most tourists are attracted by natural beauty of the place, they come for paragliding, horsing and trekking.