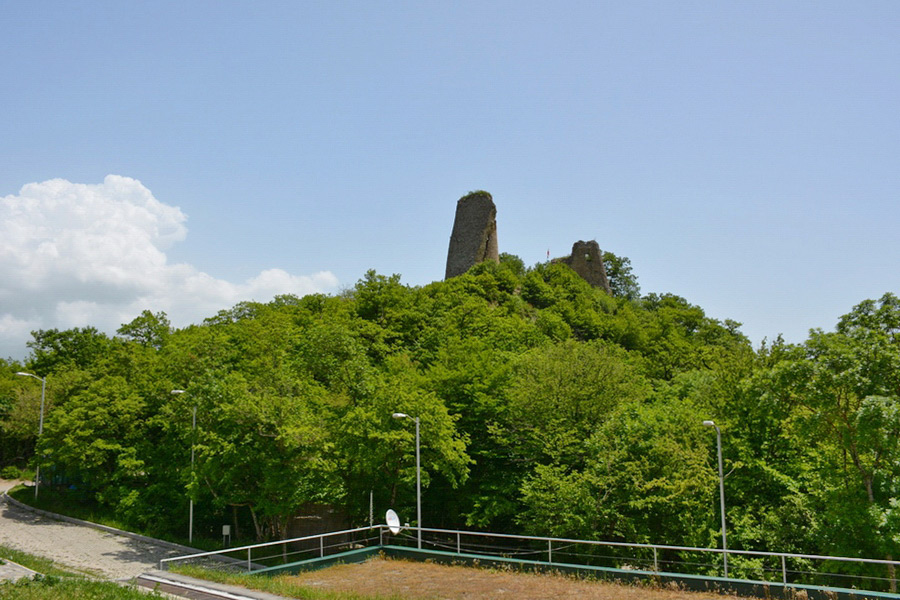 Ujarma is a fortress-town located between Tbilisi and Telavi, 40 km away from the Georgian capital. The road there lies through beautiful Gomborinek mountain pass. For a long time it has been hidden from the eyes of tourists, until 2010 when a new road to Telavi passing by the fortress was built. Since then Ujarma has become one of the major attractions and a must-see spot in the bucket list of many tourists.

The fortress is one of the most important Georgian architectural monuments of Early Middle Ages, due to its strategic location and value in the past. It was built in the 3rd century AD, as one of the Georgian kings’ and prince’s main residencies. From 5th through to 6th centuries AD the Ujarma fortress saw its highest prosperity period during the reign of King Vakhtang Gorgasali and his son Dachi. It was the time when the main citadel walls, defense towers, residence building and a church were built. Ujarma played a major role in protecting this part of Georgia from Arab and Persian invasions, and in the 12th century King’s family decided to keep it’s royal treasury here. Later, due to a number of historical factors like Mongol yoke, disintegration of Georgia, and local conflicts, development of Ujarma gradually declined. and from being a prosperous city turned into ordinary small settlement following by its complete havoc. 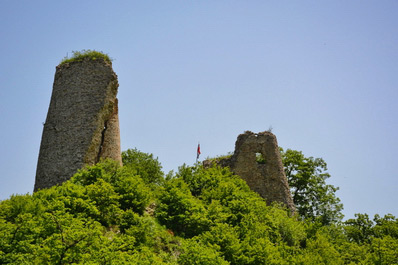 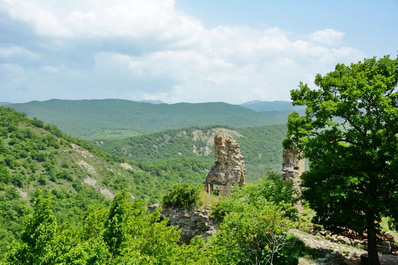 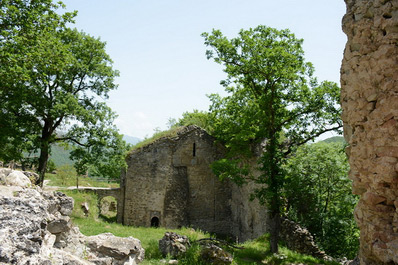 Today the place does not provide that much of an ancient fortress experience. There are only few remains of once high walls and towers, and a still operating small sanctuary of St.Rajden. Ujarma though serves as an excellent viewpoint providing spectacular scenes of Gombori mountains, and a small river beneath the fortress. 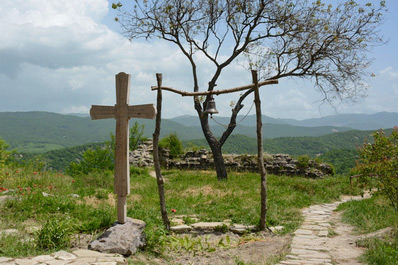 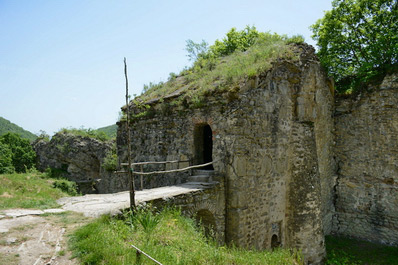 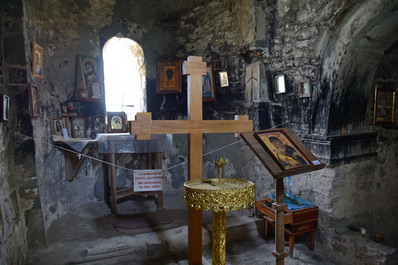