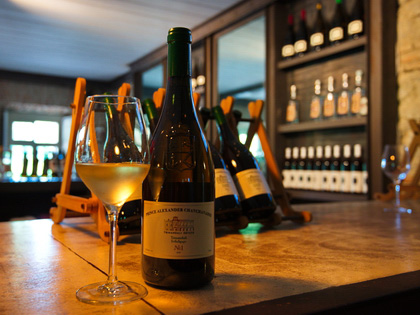 Follow the ancient wine route to Georgia’s Kakheti region – learn about the ancient winemaking traditions and taste the wines for yourself, while enjoying the local scenery, architecture, and culture with our one-Day Kakheti Wine Tour from Tbilisi. 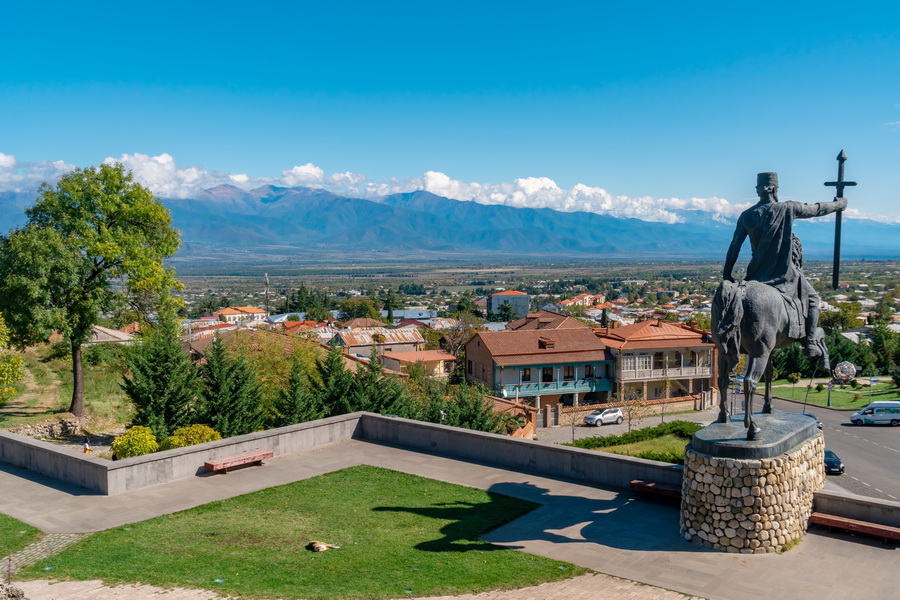 Tours, Attractions and Things To Do in Telavi

Telavi is located in the heart of Kakheti, the historical area of eastern Georgia, in the valleys of the rivers Iori and Alazani. A trip to Telavi is an excursion around a surprisingly beautiful region to the world of ancient temples and monasteries, picturesque rivers and valleys where amber grapes grow under the warm sun rays. Telavi is not only the region centre. It is the centre of Georgian winemaking which is a cult there.

Telavi is located in the most beautiful Alazani valley on the slope of Tsivi-Gombor ridge. The city is situated at 490 m above the sea level so the air there is fresh and pure. The landscapes of Telavi and its vicinities are very impressive. You will enjoy the green river valleys, the slopes of the mountains of the Major Caucasus with its peaks and wood-grown slopes and Alpine meadows. Winters in Kakheti are cold; summers are dry and hot. 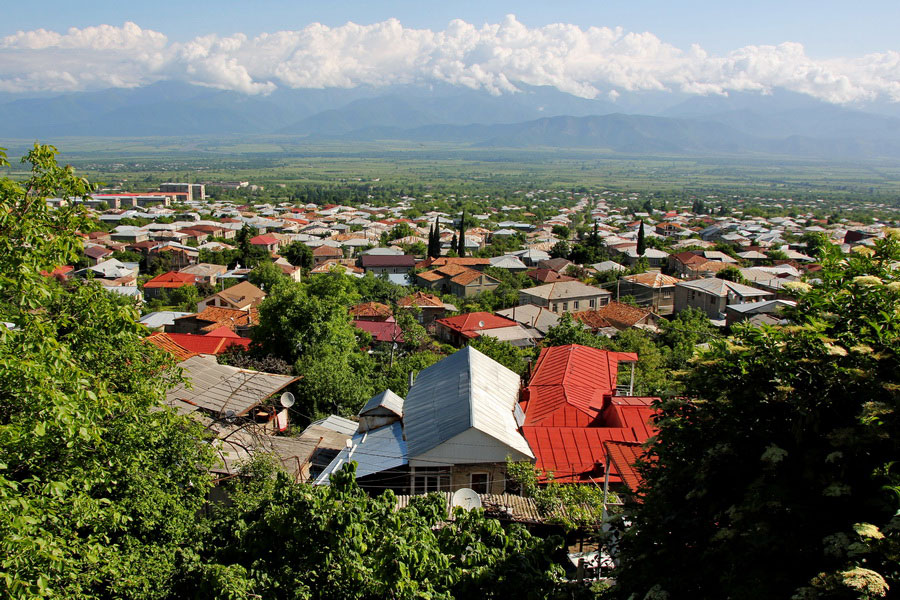 As a contemporary city Telavi was born in 1801. But its history goes back as deep as the roots of centuries-old elms. By the way, these trees (in Georgian “tela”) which are abundant there gave the city its name, according to many historians.

Telavi is the most ancient city of Georgia along with Tbilisi, Mtskheta and Kutaisi. It has been known since he 1st – 2nd centuries AD and for a long time was an important trading centre on the caravan route from Near East to Europe . The history of Telavi is closely connected with Kakheti's history since it was always a part of it. The independent history of Kakheti began in the 7 th century when it separated to become an independent feudal princedom. In the 12 th century Kakheti was a part of united Georgia under David the Builder, and Telavi became one of the major cities of Georgia with well-developed trade and crafts. From the second half of the 13 th century after Mongolian invasion Telavi lost its significance. 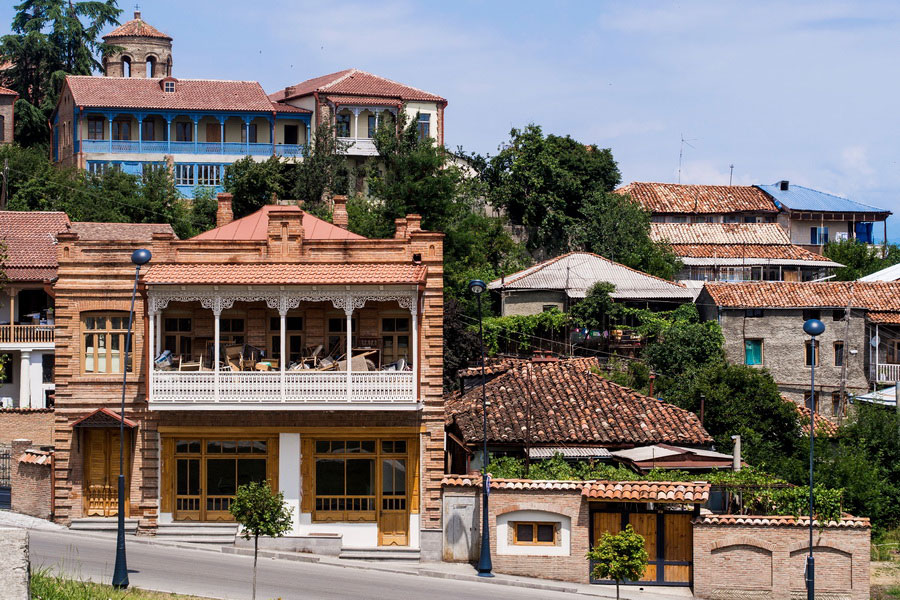 From the 2nd half of the 15th century Kakheti was an independent kingdom which continually struggled with Iran and Turkey to maintain his independence. In the 17 th century Telavi started to prosper again: Kahetian tsar Archil II transferred his residence from Gremi to Telavi. In 1762 Kartli and Kakheti formed a united kingdom which in 1801 was attached to Russia . Within Russian empire the city was called Telav; first it was a part of Georgian-Imeretian province, and afterwards – Tiflis province.

Today Telavi is a big modern city with the population of more than 20,000. When tourists come there they love the possibility to experience ancient traditions of winemaking kept in Kakheti from time immemorial. Kahetian wines are known all over the world. There about 70 various wines are made. The most known are Kindzmarauli, Saperavi, Tsinandali, Akhasheni. 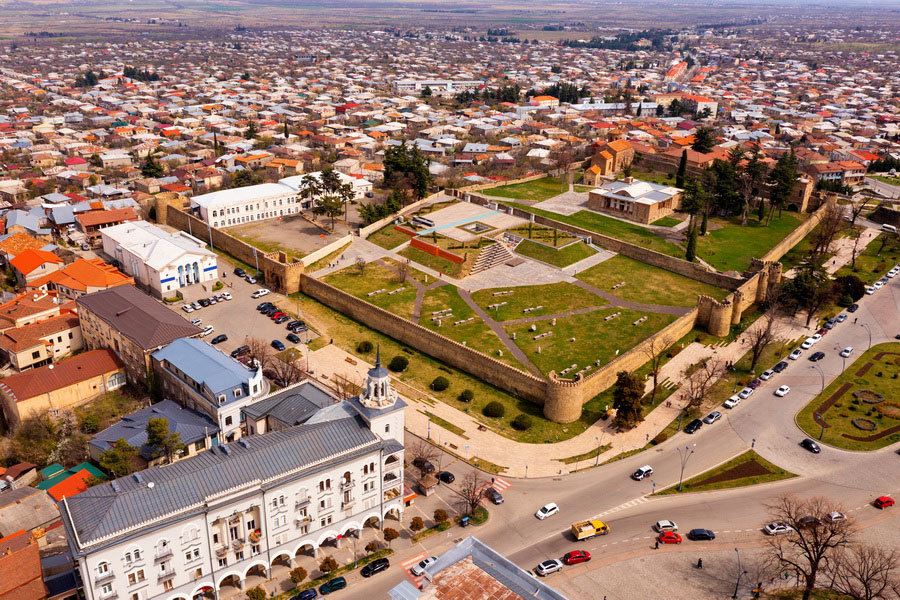 In terms of history the city and its vicinities are incredibly interesting. A lot of important cultural monuments have survived up to now, such as Alaverdi temple, Ikalto monastery, Shuamta monastic complex, Bodbe cult complex and others.