The Georgian attitude toward wine is summarized in the following stanza of a traditional song:

"If you'd had a drink and became sad - You're not a man, you are not a Georgian"

For Georgians, wine is not just a drink. Wine strengthens the national spirit and unites guests of traditional Caucasian feasts. Grapevines are mentioned in Georgian legends, stories and songs. Wine in Georgia is a national asset attracting tourists and sommeliers from all over the world.

The Georgian tradition of winemaking is thought to have originated approximately eight thousand years ago. Throughout history, winemaking has not only the basis of Georgia’s economy but also a part of its spiritual culture. 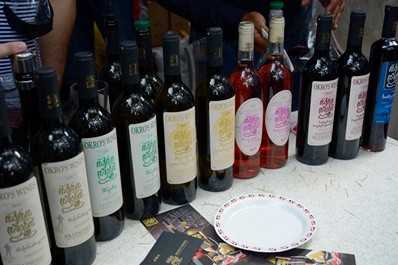 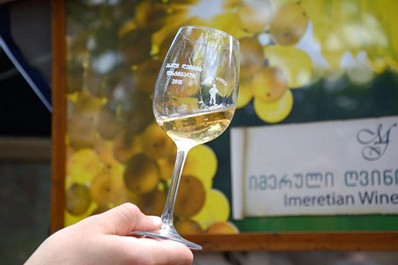 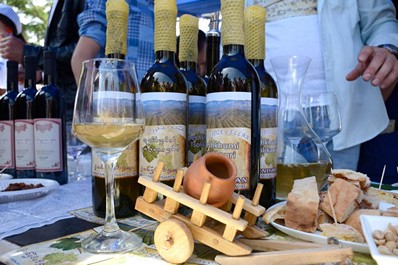 Wine is a trademark of any Georgian gathering but also a staple and pastime of day to day life. Traditionally, wine is consumed in a formal manner no matter how casual the event. The frequent impromptu supra among friends gathered on a street corner or in a public park is an example.

One traditional way to drink wine is from a vessel called a kanci which is made from a hollowed goat’s horn. Regardless of the level of formality, to drink in Georgia is to drink “bolo mde” which translates as “until the end” meaning drink until the glass – or kanci – is empty. This is to be done in a single gulp. 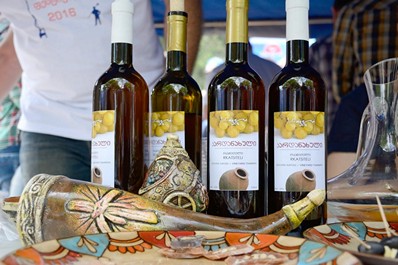 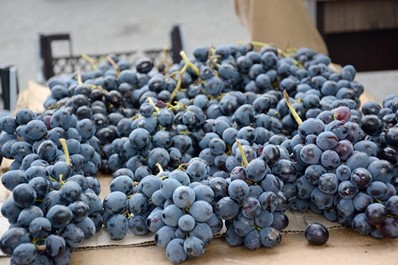 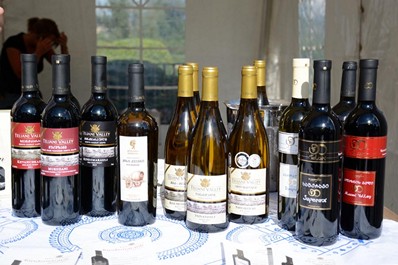 Any guest in a Georgian household, especially a foreigner, will be offered wine, usually more than once. Most often, the wine will have been made by the hosts themselves or by a relative. Even Georgian urbanites of Tbilisi and Batumi have close ties to their ancestral village hearths. As wine has been made in every region of Georgia for so long, making and distributing wine among friends and family members is customary throughout the country.