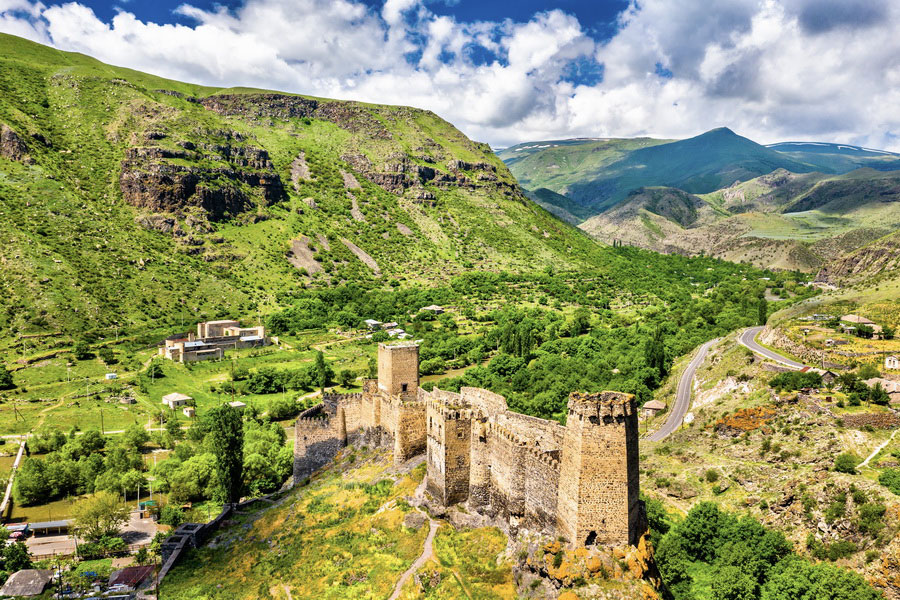 Not far from the cave city of Vardzia on the mountain towering over road from Akhalkalaki to Akhaltsikhe there is a fortress Khertvisi (10 th -11 th centuries) which has survived I perfect condition.

Khertvisi is one of the most ancient fortresses in Georgia. Even though the date of its construction date is unknown, there is a proven fact of its standing on the Great Silk Road. It isamazing but despite all millennia it has survived in its original state. The mountain, on which the fortress is standing, wonderfully combines history and the present. At the foot of the mountain there stand small rural houses of local residents; and hundreds meters above them the impregnable wall of fortress is towering. 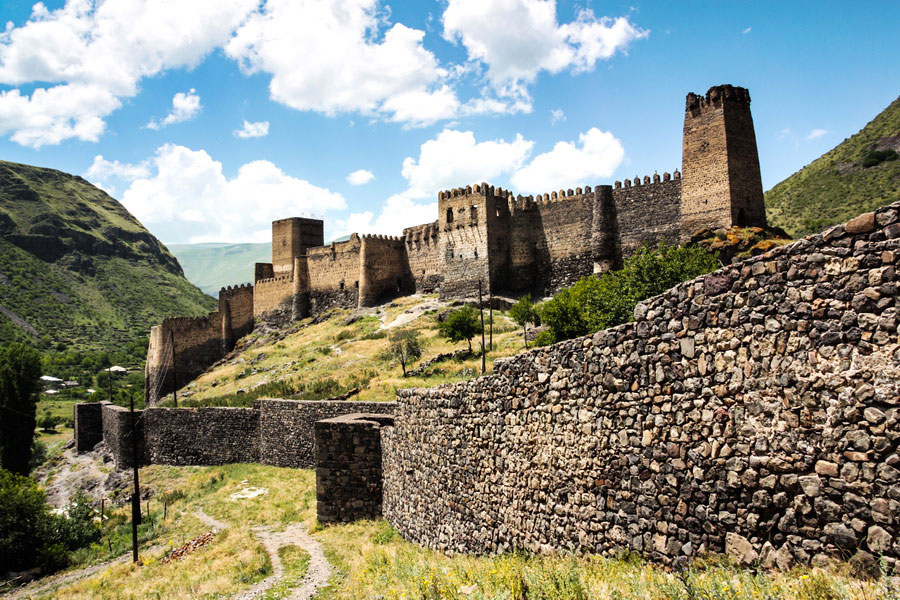 Khertvisi has saved the entire perimeter of menacing battlements reinforced with huge quadrangular towers. The fortifications and towers look at the world with their eye-sockets of loopholes. From the eastern wall two tunnels go down to the river; one was used for water delivery, the other – as a communication system. The present condition of the fortress can be explained by the fact that in the 12 th it practically revived and grew into a city. According to the legend, during that period Georgian Queen Tamara announced the best fortress competition.

In the 13 th century Khartsvisi was destroyed by Mongols and later was captured by Turks. In the 19 th century these lands were taken by Russia, and the fortress was restored for the needs of the military garrison. 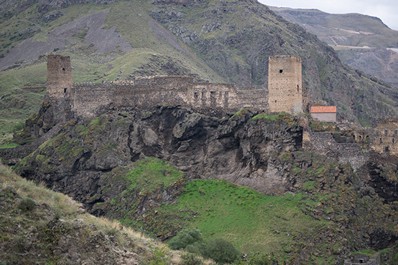 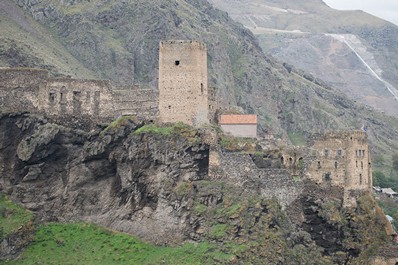 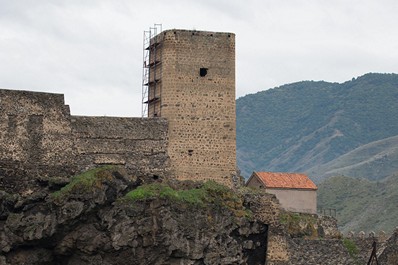