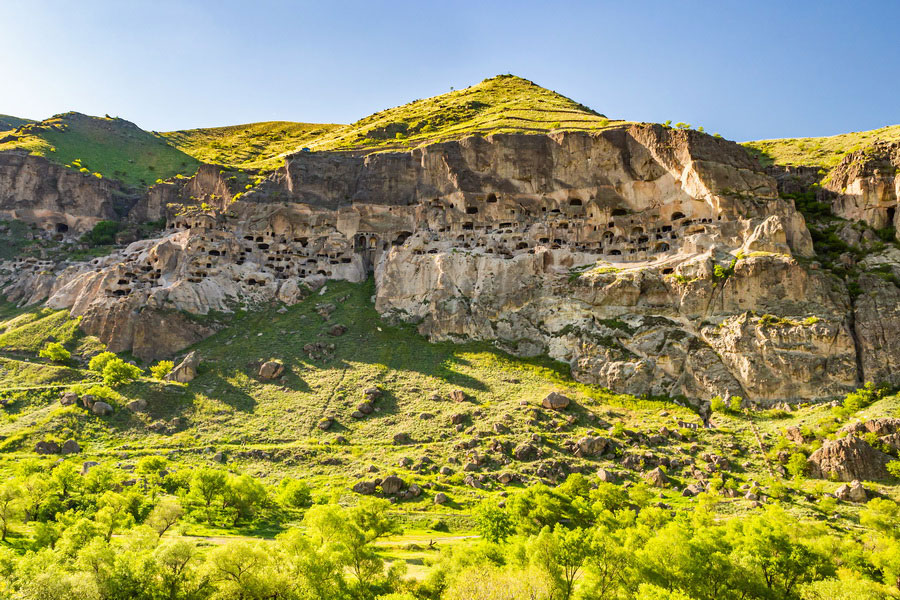 Tours, Attractions and Things To Do in Vardzia

Vardzia is 18 km from Akhalkalaki right next to the border with Turkey. The city was erected in the 12 th – 13 th centuries during the rule of George III and his daughter of Tamara for the purpose of the southern boundaries of Georgia protection. Vardzia is not just a set of random rooms cut in rocks. It is a multi-storied (!) complex with streets, tunnels and stairs leading to monasteries, temples, fortresses, baths, libraries dwelling houses and so forth.

All in all there are over 600 premises connected by passages which stretched along the mountain for as long as 800 meters, to the depth of 50 meters standing 8 levels tall. In case of an enemy attack the monastery turned into a fortress for inhabitants and could host up to 20, 000 people. 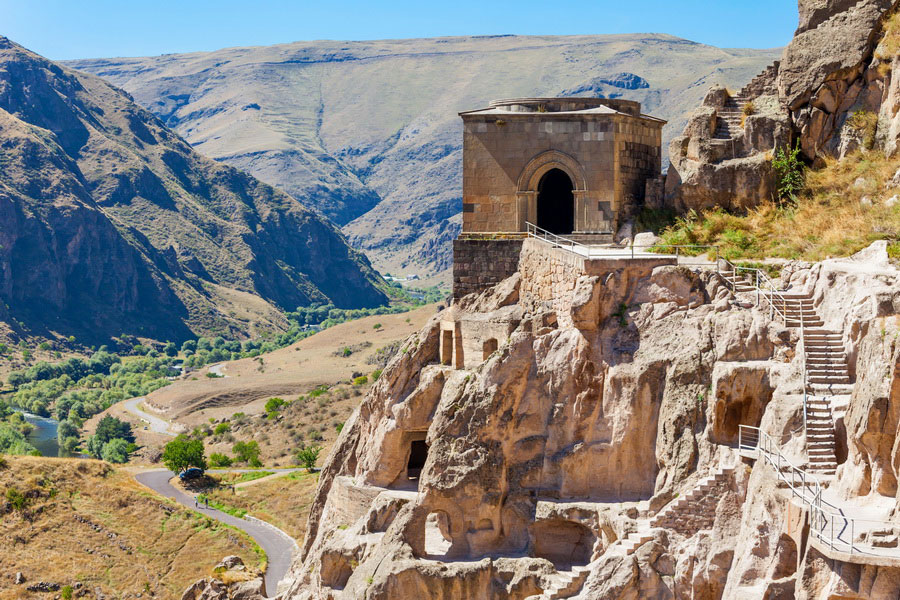 Georgian soldiers could use three secret passages and defeat enemies with a surprise attack. The cave complex, besides protective, carried out spiritual function as a Christian monastery with the big temple of the Assumption of the Virgin. The temple still has the fragments of wonderful frescos of the 12 th century including the ones showing tsar George III and Queen Tamara. Some historians believe she was buried there. In order to confuse vandals 8 funeral processions went different directions simultaneously from Tbilisi. They arrived both in Gelati and Vardzia.

In the 13 th century Vardzia suffered from a major earthquake (1283) when a 15-meter rocky slab fell in the Kura . As a result the monastery lost its function as a fortress. Later Vardzia suffered from Mongol invasion in the same 13 th century, Iran defeat and Turkish yoke in the 14 th -17 th centuries – all those events led to the city's destruction. In 1828 Dzhavakhetia was liberated by Russians and life returned to Vardzia. During the Soviet period the monastic life in the monastery stopped and renewed only in the late 1980s. Today about 15 novices live in the monastery. Since 1938 Vardzia has been a memorial estate. 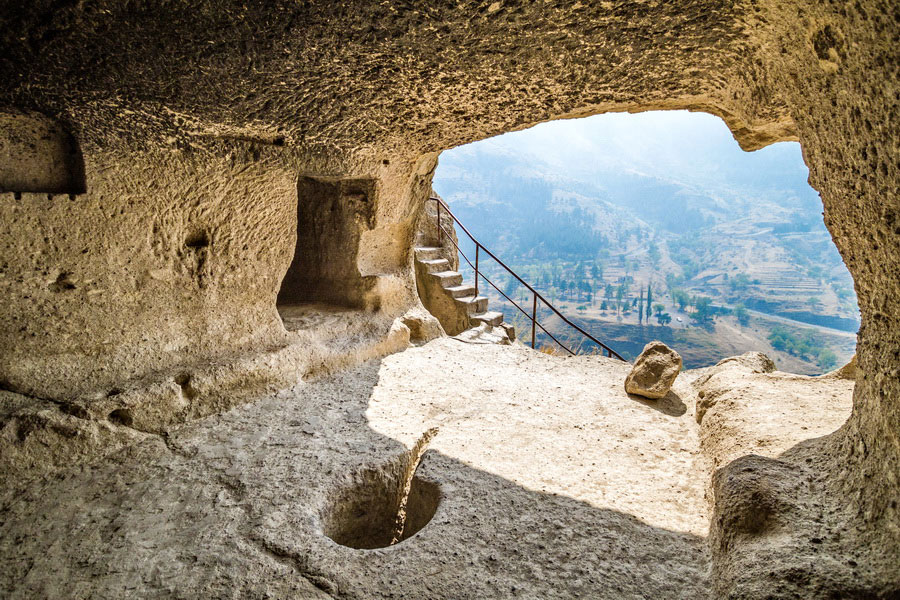