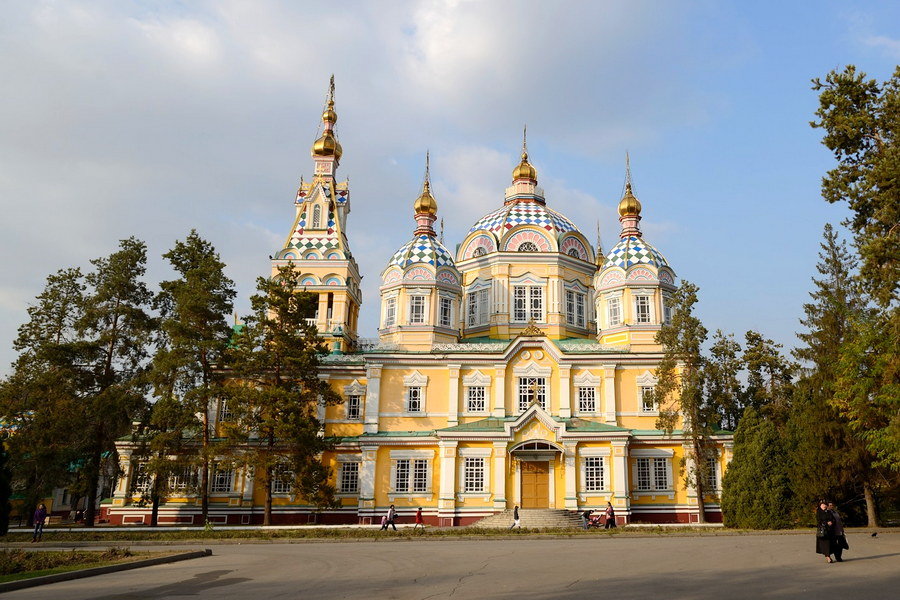 A distinctive architectural building of Zenkov Cathedral (Ascension Cathedral) is located in a green Panfilov Park of Almaty. The historical monument is one of the main sights of the city. Bishops of Turkestan and Tashkent were the initiators of the church construction in the early 19th century. The project was delegated to the best engineers and architects of the time: K.A. Borisoglebskiy, N.I. Stepanov, S.K.Troparevskiy and A.P. Zenkov. In 1903, the project was approved and the construction of the cathedral took place between 1904 and 1907. A.P. Zenkov had supervised the entire project.

Particular feature of this wooden building is that it was erected according to a unique ancient technology, practically without any nails. This five-domed and three-aisled cathedral with a built-in bell tower has been included in the top 8 highest buildings of the world constructed entirely from wood.

Famous and talented Russian artist and icon painter N.G.Khludov worked on the inner interior of the church. Paintings of dozens of saints adorned the inner walls of the cathedral. Fretworks and metal-bound decorations made by the masters completed the beauty of this holy place. Gold-plated domes with crests shone on sun, and the church was noticed from afar.

In 1910, the city of Verniy (this is how it was called then, later re-named into Almaty) was damaged by an earthquake. Almost all buildings in the surrounding went to ruin, but the Zenkov Cathedral survived. The building remained whole thanks to its construction technology – “anti-seismic basket”. Wooden beams were fastened with rolling brackets and during the shake the walls were moving smoothly that provided stability to the building.

However, the earthquake was not the only misfortune that the cathedral went through. The real hardship period fell on the time of the Soviet rule. In 1927, the government ordered to close the cathedral. It was then robbed, all bells were thrown down from the tower, one part of the library was destroyed and the other part was simply plundered. Locals were in fear that this beautiful building would be completely wrecked. Luckily, it did not happen.

Until 1994, the building of the Zenkov Cathedral in Almaty was used for non-religious purposes and served as a Central Museum of Kazakhstan for a long time.

In 1995 local authorities decided to return its religious importance and after restoration works, orthodox services began to be held in the cathedral. Since then and up to now, the cathedral is a sanctuary for hundreds of Christians and a wonderful city attraction for guests and residents. 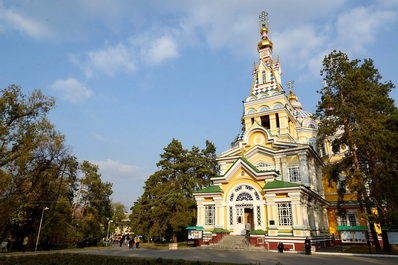 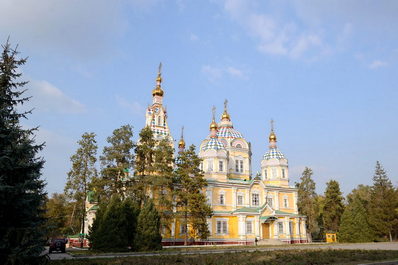 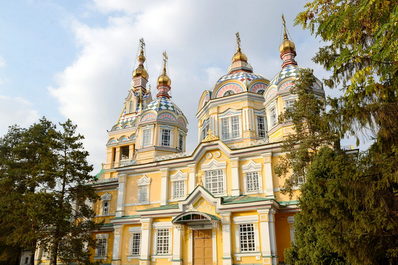