Etiquette and Traditions in Kyrgyzstan 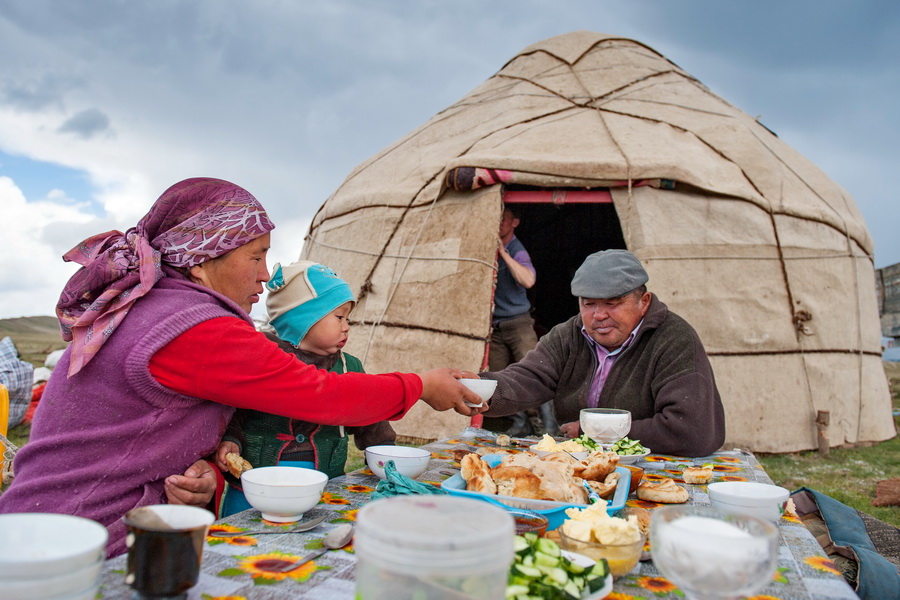 There are some traditions around food that travelers in Kyrgyzstan should be aware of, and some basic etiquette.

Bread plays an important part of any Kyrgyz meal. There will be plenty of lepeshki, or round loaves from the tandyr oven, on the table. These loaves are torn by hand into smaller pieces and spread around the table, where anyone can grab them. Bread is almost never wasted, since it plays such a crucial part of any meal, and because it is the most important food when other foods are scarce.

Guests occupy a place of honor at any meal, and will never leave a table hungry. As soon as a guest finishes a plate of food, another plate will be filled or another dish will be offered. It may take repeated and emphatic refusals in order to stop getting more food.

When alcohol is offered, it is almost always vodka shots accompanied by toasts. Again, once guests start drinking, it can be hard to refuse more drinks. It is often better not to start drinking, even if it means making up an excuse, if you think that you will regret it later on.

Meals often end with a prayer, or just a simple amen. Saying amen is accompanied by a simple gesture, where people cup their palms in front of them, and then raise their palms to their cheeks and then lower them again.