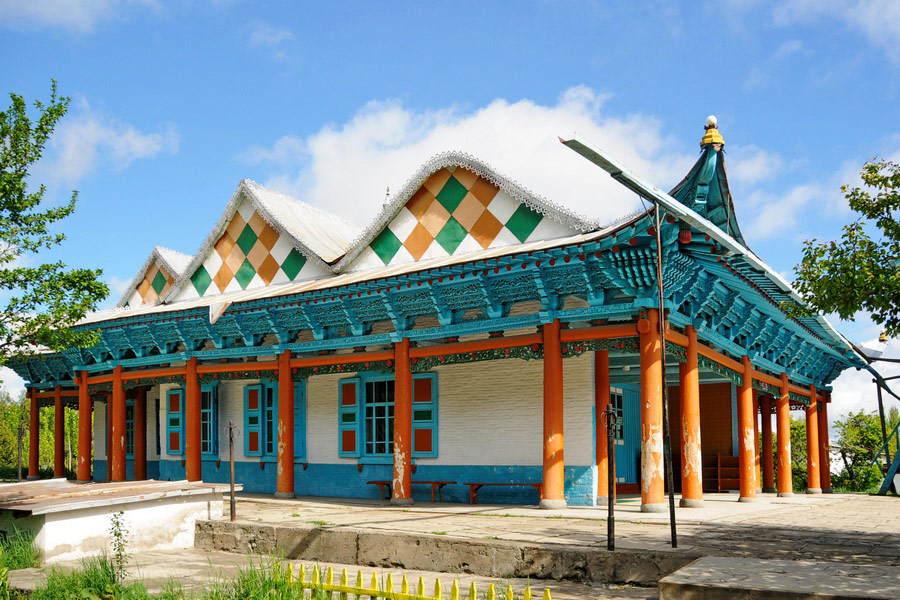 The Dungan Mosque in Karakol was built from 1907 to 1910 without a single nail. The mosque was built by the Dungans, a community of Chinese Muslims who arrived in Karakol fleeing violence in the 1870s and 1880s.

The mosque was designed by a Chinese architect, who incorporated traditional colors and designs into the architecture. Red, green and yellow are prominent colors because of their symbolic meaning in Dungan culture (red for protection against evil spirits, yellow for prosperity, and green for happiness). There are also dragons and a phoenix, plus a wheel of fire, that are typical designs for Dungans. Next to the mosque is a minaret in the shape of a pagoda.

Today the mosque is used by the general community in Karakol, not just Dungan worshippers.