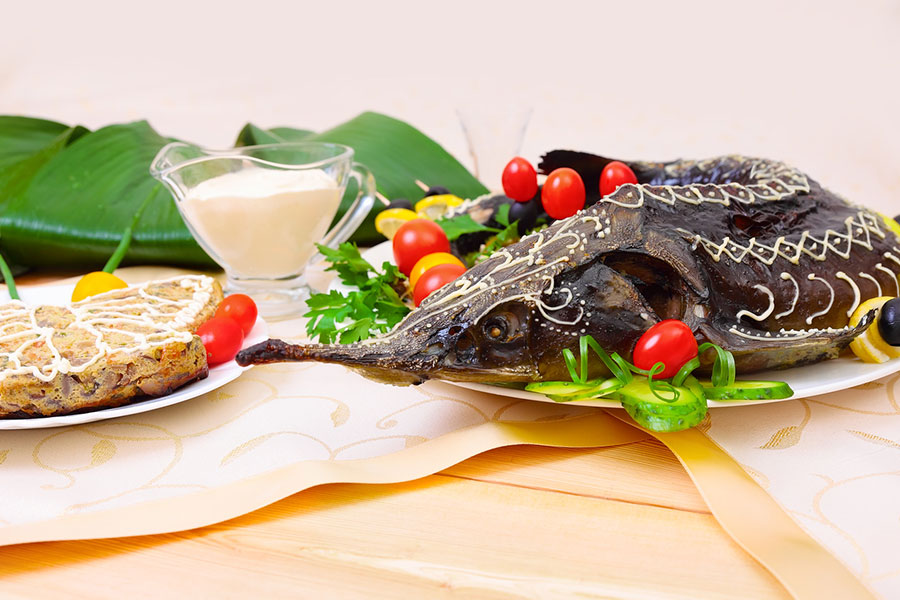 Russian fish dishes are the natural byproduct of a people who have lived around riverbeds, lakes and seas since ancient times. Fishing was one of the primary occupations in historical Russia, leading to the huge variety of fish dishes now found in traditional Russian cuisine.

The popularity of fish was further accelerated by Orthodox fasts in which the consumption of pork, beef and fowl were strictly prohibited, leaving fish as the most tempting alternative for the faithful.

Traditional Russian fish dishes are prepared from river and lake fish such as gudgeon, perch, bream, carp, crucian carp, sturgeon, pike and catfish, as well as sea fish including cod, herring, navaga, saury and flounder. The fish would be stored in different ways depending on the region, with dried, salted and smoked fish among the most common varieties.

The prevalence of fish in local culture is nowhere more eloquently described than in Russian classical literature. When a character ate sterlet it was a clear indicator of wealth, while on the contrary the mention of fish soup indicated a simple man of common breed.

Russian fish dishes as a main course may be classified as follows:

Special mention should be made of Russia’s famous red and black caviar. Caviar was never considered a delicacy, perhaps because granular caviar was not widely consumed. Local caviar instead was typically mixed with vinegar, pepper and onions. A dish known as ikryannik was prepared using strong caviar combined with eggs and spices before being lightly fried.

Be it caviar, pies, soups or fried favorites, visitors to the country will find that Russian fish dishes remain a common and healthy option on the menu.