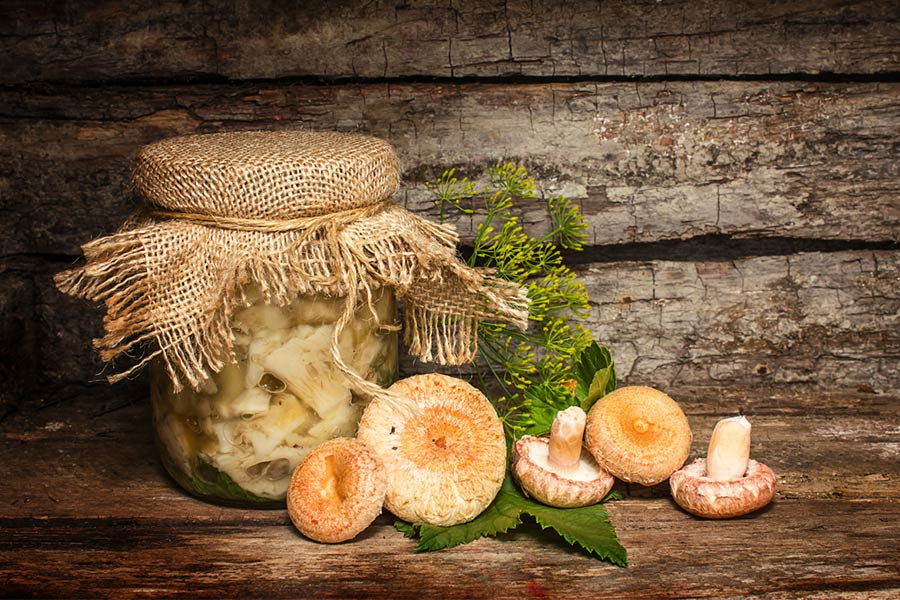 Many famous Russian recipes use mushrooms as a main ingredient. This is unsurprising considering that much of Russia is covered in forests that are rich in mushrooms. It was relatively easy to gather a large number of mushrooms when they were in season, and to then dry or pickle them to use for the rest of the year. Since mushrooms grow relatively fast, it was easy to remember the most fertile places and return there again and again.

Mushrooms were also popular during fasts, since meat was not permitted. Rich in protein and carbohydrates and packed with nutrition, it is not surprising that mushrooms have won a special place in Russian food, and so were valuable during the 200+ days a year that Russians were fasting.

There are several common ways of preserving and cooking mushrooms in Russian cuisine. These are secrets that have been passed down through generations:

One of the most common Russian mushroom dishes - mushrooms with potatoes - only became especially popular in the 18th century, when potatoes were introduced to Russia. Mushrooms are used in a variety of dishes, so make sure to try a bunch to figure out what you like best.