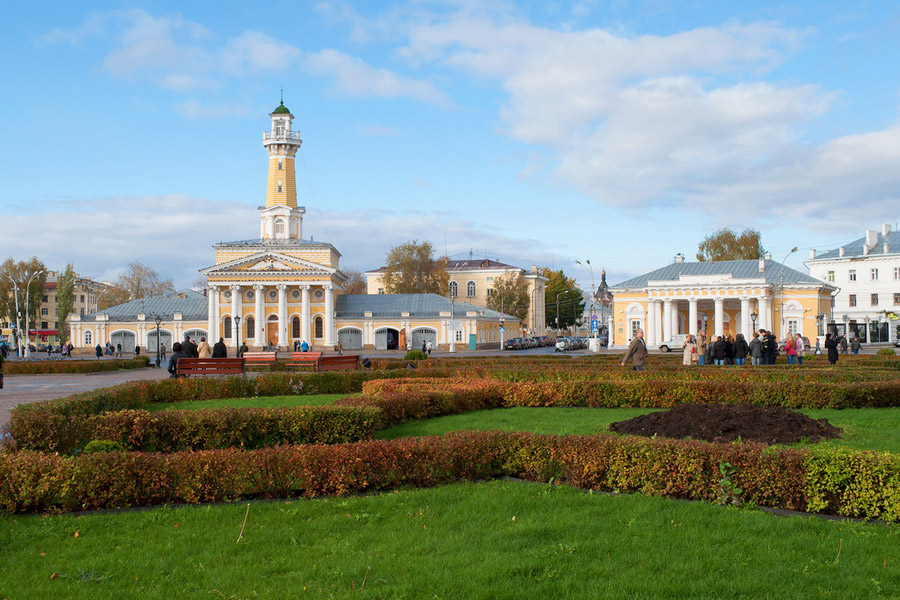 The famous Fire Tower and former guardhouse in Kostroma are city landmarks which have been converted into museums that provide a fascinating peek into historical Russia.

The Fire Tower was built in the 1820s on the initiative of Kostroma Governor K. I. Baumgarten, with the intention of "beautifying the city and protecting its citizens during fires".  His idea was successfully implemented with the creation of a classical-style building, which today is the main attraction of Susaninskaya Square and a city symbol of Kostroma.

Standing at 35 meters, Fire Tower was the tallest building in the city before the 1917 Revolution. This allowed the guards to spot a fire anywhere in Kostroma and extinguish it in a timely manner. The structure was used for its intended purpose from day one, and was soon surrounded by residential and farm buildings, stables and water storage units.

In 1823-1826, a guardhouse was built just to the right of Fire Tower. Constructed in an identical style to the tower, it housed the city police, a detention center for arrested military personnel and a guard room containing the city’s most valuable objects.

Since 1996, the former guardhouse has housed first the literary and then the military-historical city museums. Through the guardhouse museum exhibits, visitors can learn all about the period of the Time of Trouble and view documents, photographs and items which hold significance for the city.

A trip to the Fire Tower and Former Guardhouse in Kostroma should be included on the itinerary of anyone visiting this historic link on the Golden Ring of Russia.