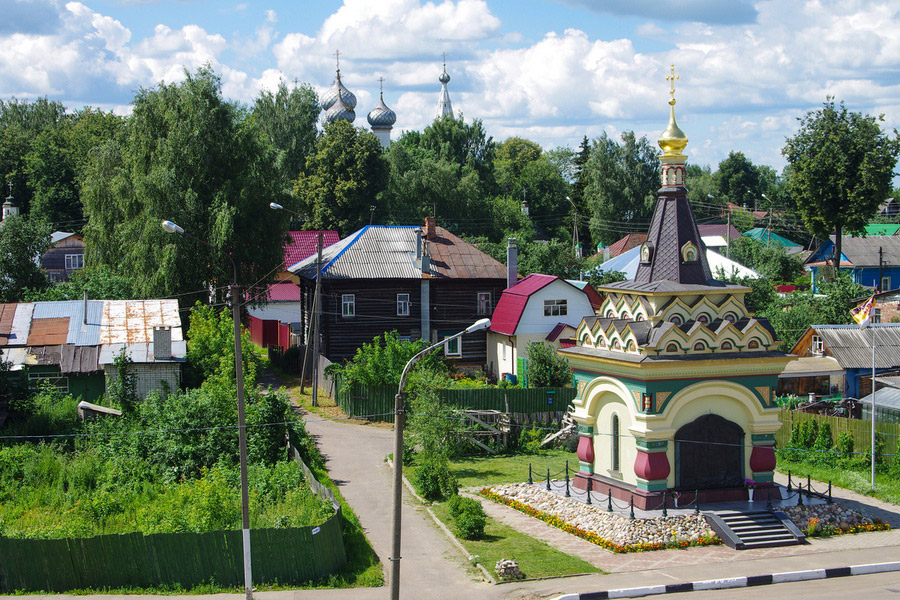 Chapel of Tsar Golgotha at Ipatiev settlement in Kostroma.

Tours, Attractions and Things To Do in Kostroma

The beautiful Kostroma (same age as Moscow) invites you to its glorious past, the greatness of which is proved by its remarkable monuments. Kostroma lies on the great Russian river, the Volga. The river divides the city into two parts, each of which is full of various attractions.

The history of the city began in 1152 and is linked, like most towns of the Golden Ring, with the name of Yuri Dolgoruky. The Prince founded Kostroma during his military campaign in the land of Kazan Bulgars on the site of the former dwelling of the Finno-Ugric tribes.

By the way, many people believe that it was the Finns who gave the city its name: “kostrum” in Finnish means “fortress”. Another version of the city’s origin comes from the pagan ritual of “Kostroma” very similar to Russian Maslennitsa. The city grew and developed. By the beginning of the 14th century Kostroma was a big thriving city, the capital of an independent principality. In 1238 Kostroma was completely destroyed from the Mongol invasion.

The idea to restore the city belonged to the Prince Yaroslav Vsevolodovich of Vladimir. The city had been many times looted and burned but each time regained its former greatness. However, after the death of the Grand Prince Vasily Yaroslavich Nevsky, the city was abandoned. In the beginning of the14th century Moscow Prince Ivan Kalita bought the city and annexed it to his lands. 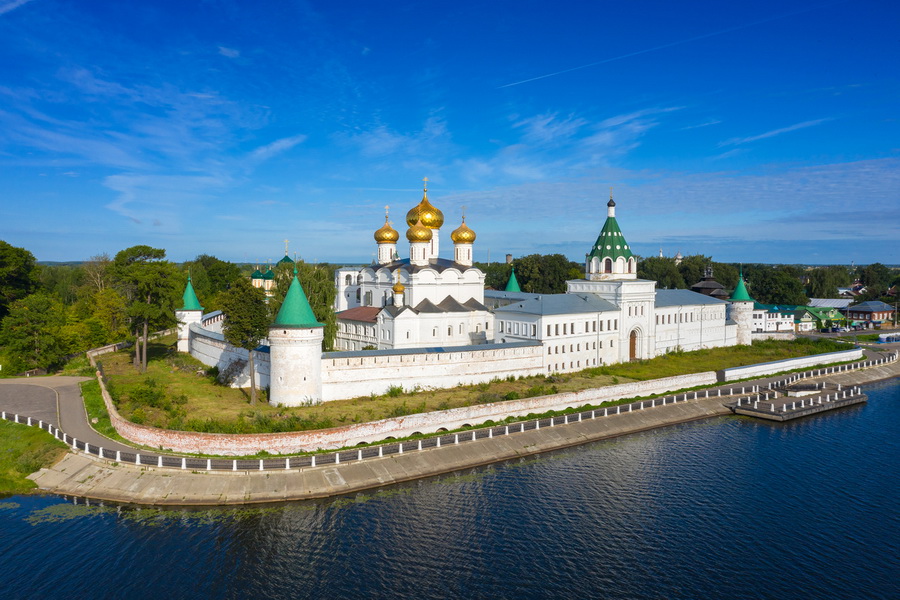 In the 15th century Kostroma was ravaged by three fires. During the Great Troubles Kostroma was the place, where the fate of the Russian state was decided. The thing is, that Mikhail Romanov, who had been elected the new Russian tsar, found refuge in Ipatievsky Monastery. The delegation arrived there to trust the young tsar the destiny of the ruined state.

The Poles, who had got the order to capture the new tsar, were on their way to the monastery but were lured by Ivan Susanin into the swamps. There he was killed, but thanks to him Russia acquired the new tsar. The heroic deed of an ordinary Russian peasant Ivan Susanin has forever remained in Russian history. The 17th century saw the prosperity of Kostroma, which turned into a rich city of merchants and craftsmen. From the second half of the 17th century Kostroma witnessed the construction of stone temples with the funds of wealthy urban merchants and townspeople.

In the second half of the 18th century the life of the city began to change. In 1773 during the fire all the wooden buildings in the Kremlin were burned along with the most of the dwellings. Soon the master plan of the city restructuring was approved. In 1778 Kostroma became the capital of the province. Kostroma still retains the charm of Russian merchant city.