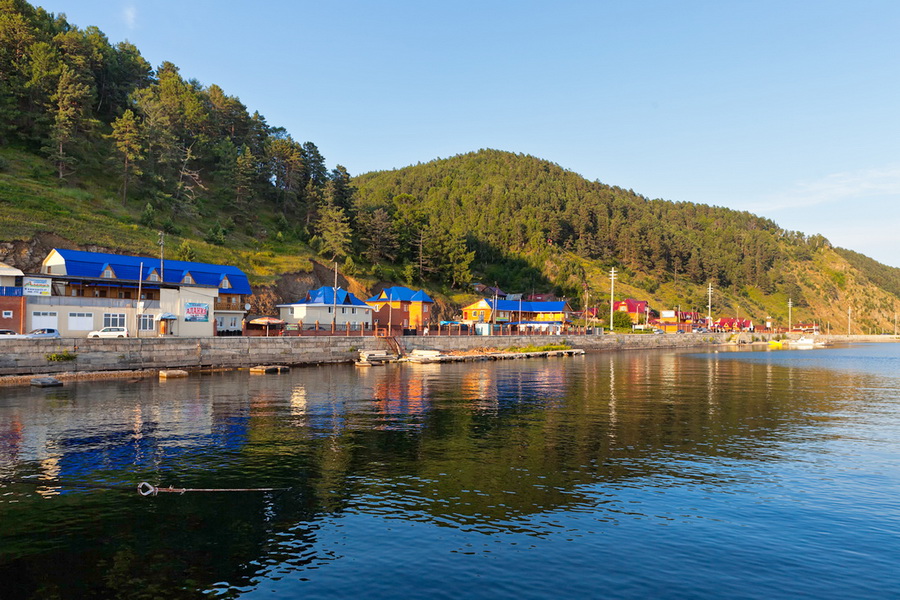 Tours, Attractions and Things To Do in Listvyanka

Sightseeing tours to the attractions of Lake Baikal start basically from there. From Irkutsk, Listvyanka can be reached by taxi or regular buses by Baikal highway, or by boat, which departs from the quay "Raketa".

It is not known when and how Listvyanka was founded. It was mentioned for the first time as late as the end of XVIII century in records of the German physician, researcher and traveler Johann Gottlieb Georgi. Initially, the village was called Listvennichny, because of a large number of larch trees growing there. At that time, its residents were Cossacks and settlers of the XVIII century, engaged in hunting and fishing.

The geographical position of the village at the source of the Angara River flowing out of Lake Baikal, the proximity to the Asian region and the Russian Far East as far back as centuries ago gave rise to its development as an important point in the trade and transport routes. A shipyard, abandoned nowadays, in the beginning of the XIX century was the most important business in Listvyanka, providing its people with means of subsistence. It manufactured Baikal Fleet ships, including the famous ice-breakers "Baikal" and "Angara", and brought up a whole generation of shipbuilders and sailors. 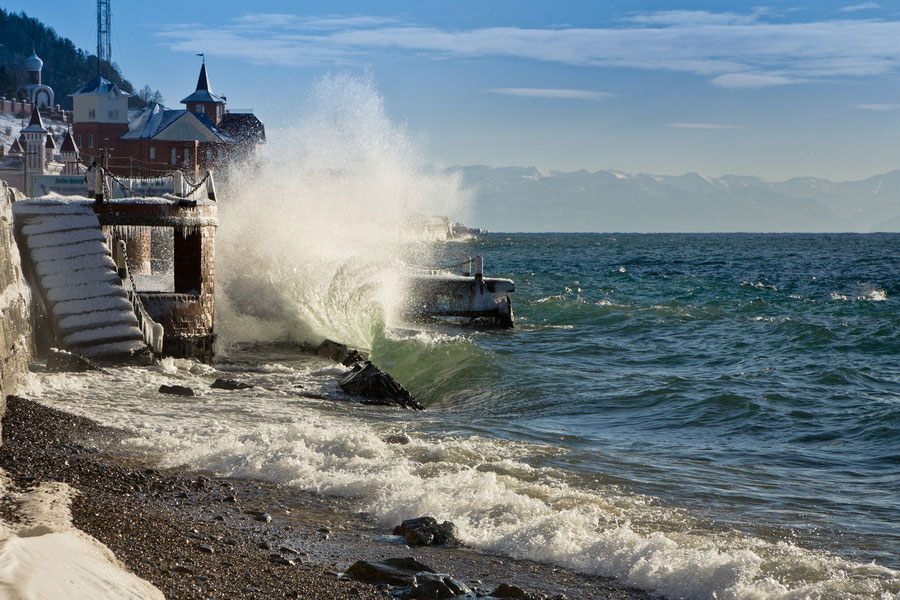 Today Listvyanka is an actively developing resort, popular among the residents of the region. There are several hotels, in addition, the townsmen rent out rooms to holiday-makers. Listvyanka features a rather large market of local souvenirs, where you can buy fresh and smoked fish. The most popular one is Baikal omul. But you have to buy fish in the morning, because it goes like hot cakes and nothing may be left by the evening. You can also have fish in the local restaurants and cafes. They will offer you a menu of traditional Russian and Siberian cuisine.

Listvyanka arranges boat excursions to Bolshie Koty village, Sandy Bay, the Gulf of Listvennichny, Port Baikal and back. As an option, you can also rent a boat. By the way, Listvyanka is also connected with port Baikal, located on the left bank of the Angara River by ferry service.

In the vicinity of the village there is at least a dozen of dive-sites – the places where you can dive into the waters of Lake Baikal at a depth from 3 to 40 meters. The lake water is cold both in winter and in summer. But this is no big deal, because the diver is protected by a special cold-proof wet suit. The dive sites in Bolshie Koty, Khomuty and in the Circum-Baikal are the closest ones to Listvyanka.

In winter popular kinds of activities are ice fishing as well as ice safari by jeep, sleigh, and sled dogs. In February Listvyanka dock hosts an ice-figure festival including building of shapes are construction of ice slides and amusement parks.

A modern tourist complex "Baikal-city" with a developed infrastructure is planned to build in Listvyanka by year 2026. This project will provide the region with an opportunity to develop the economy throughout a whole year, rather than just during a tourist season.

Listvyanka and its surroundings have a number of interesting places for a traveler to see. For example, the amazing Baikal Limnological Museum with 11 aquariums containing the Lake Baikal fauna, nerpinary with trained Baikal seals – an endemic to Lake Baikal, St. Nicholas Church of the beginning of the XIX century, the Shaman Stone- an ancient place to heathenize profane rites, observation deck Chersky Stone etc.

You can also visit the Astrophysical Observatory, with the largest solar telescope in Russia, as well as a collection of private art gallery founded by the architect and writer V. Plamenevsky, who lives in Listvyanka.