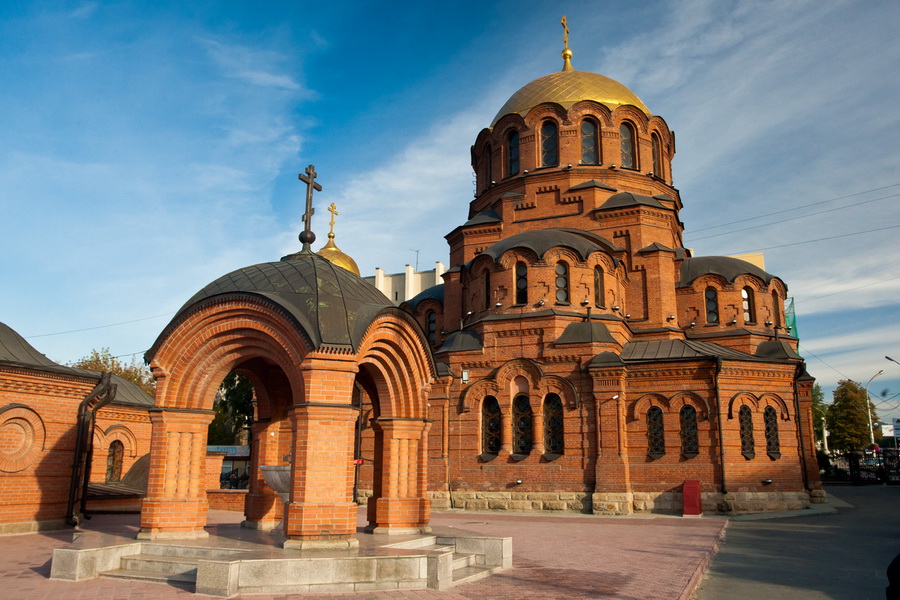 Among Alexander Nevskiy church deserves a special attention. It is one of the oldest stone constructions in the city. The church was named in honor of Alexander the Third and. The building was built in 1896-1899 in the neo-Byzantine style, under the active support of the Tzar family. In 1937 it was closed down. Afterwards, in 1989, te building was moved to the disposal of the church again, and in 1992 it was restored. The church is located in the Krasniy Avenue.