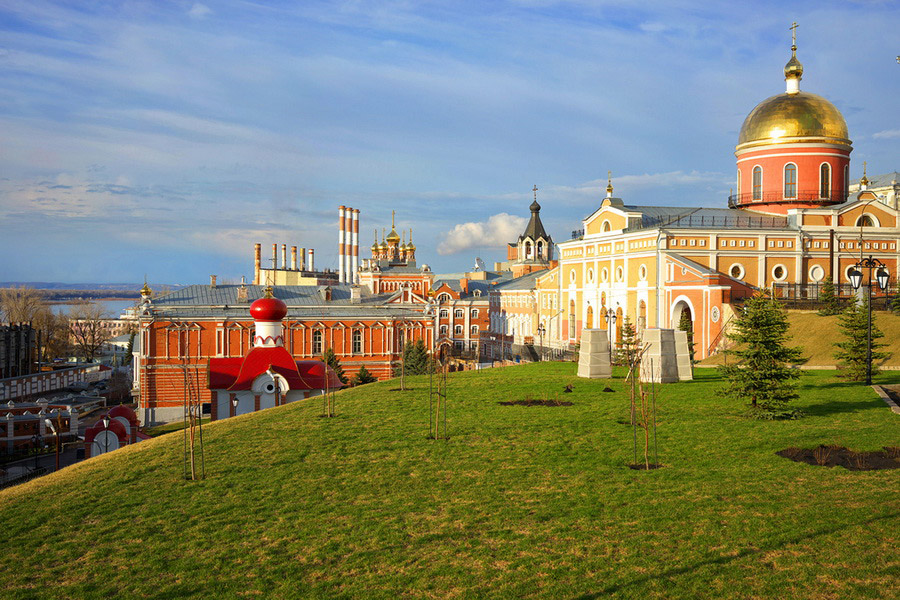 On the Volga steep shore in Samara there is one of the city’ most beautiful sights - the Iver monastery. The history of this religious complex begins from 1850, with an establishment of a small community of Sisters of Charity. For this purpose, Samara people raised funds and allocated a small area outside the city to build a chapel with 8 cells. From year to year the community was developing; its monastery was financially supported by charity and sales of nuns’ needlework.

Ten years later, the community grew so much that it was renamed to a monastery. It had a priest appointed and a prioress elected. After a half of a century of existence, the Iver monastery became a true town with 3 temples, 10 residential buildings and a lot of office space. In addition, the monastery housed two cemeteries to bury the priests and nuns, as well as Samara prominent citizens. Many of the graves are located in the crypts and chapels, but as of today the major part of the cemetery is destroyed and unattended.

With the advent of the Soviet regime and its anti-religious views, practically all temple and monastery complexes were closed and used as warehouses or administrative institutions. In 1925 the Iver Monastery shared the same fate, it was closed, most of the buildings were demolished, and the territory fell to desolation. It was as late as 1992, when the monastery complex was handed back to the Russian Orthodox Church, which soon initiated restoration work there.