Trade Culture on the Silk Road

Caravan trade on the routes of the Silk Road was connected not only with high profits but also with huge risks. That is why merchants tried to find companions, to form big caravans consisting of hundreds and even thousands of armed people.

But nothing could protect merchants from arbitrary rules of governors and attacks of nomad tribes. Therefore, trying to save their lives, merchants seldom passed the Silk Road from one end to the other. More often they exchanged the goods in some of the intermediate trade cities.

However, both the states and nomads were interested in preservation of trade routes. Governors received income from collecting customs duties in the cities standing on caravan routs. To avoid losses governors of Asian countries passed the strict laws aimed at merchants’ protection. In fact, trade was an exchange; money served only as a tally. Merchants valued their goods in money and exchanged it for other goods with equivalent price. 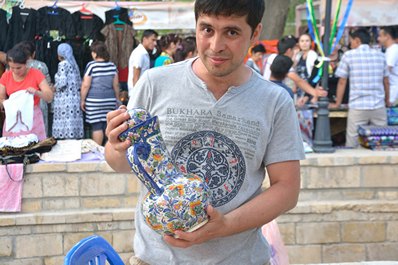 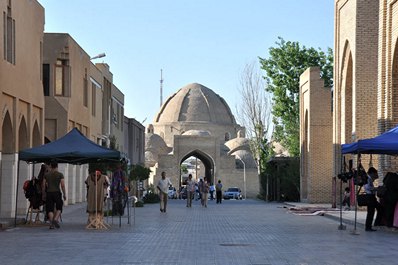 Caravan trade required complex servicing. Therefore, along the way caravanserais were built. There were khudzhars for merchants and servants, premises for horses, camels, mules and donkeys, fodder and provisions. Sometimes, merchants could sell or buy goods in bulk, to find out about trade news and prices in caravanserais.

There were special merchants or even the entire companies that undertook goods transportation organization. The considerable role in trade development was played by nomads-cattlemen. They accompanied caravans, gave their cattle for food and transportation; whole dynasties specialized in caravan trade which would have been impossible without them.