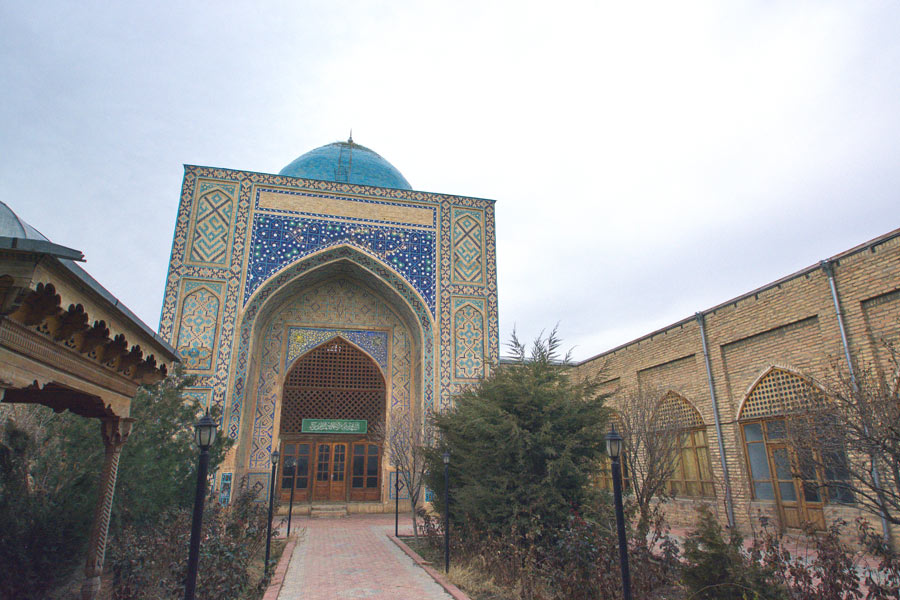 Tours, Attractions and Things To Do in Istaravshan

Istaravshan is a museum city, the ancient center of trade and crafts, one of the most ancient cities of the Central Asia. In 2002 Istaravshan widely celebrated 2,500 anniversary of the city. The city was founded in the sixth century B.C. by a Akhemenid king Cyrus who fortified the settlement by means of three wall lines and a citadel.

In the second -seventh centuries B.C. the ancient sentiment Mugteppa was located on the territory of Istaravshan. Mugteppa was the residence of the local aristocracy who erected there numerous palaces distinguished by original expressive architecture. The evidence of that was found in Bundzhikat (Kala and Kakh-Kakh) and Chil'khudzhra settlements which had fortified structures with palaces and cult buildings decorated with paintings and carved panels. For example in Bundzhikat the archaeologists found the painting with the image of a she-wolf feeding two babies - the symbol of contacts between the West and the Orient.

Only the gate with a dome and columns on the sides has survived on Mug Hill where the residence of the local governor used to be. During the years of Arabian sovereignty Istaravshan became a province Arabian Caliphate. It was at this time when Islamic architectural structures of portal-dome design such as mosques, madrasahs, mausoleums, minarets, etc. started to appear.

The rapid development of Istaravshan is connected with the rule of the first ethnic Tajik Samanid dynasty (the 9th - the 10th centuries). In the 13th century the city was destroyed by Mongols.The second period of Istaravshan development began in the 14th century when the powerful Timurid Empire was formed. Now the city is called Ura-Tube.In the 16th century Maverannakhr (along with Ura-Tube) lost its significance as a result of formation on a new Shejbanid state with the capital in Bukhara.

In the 18th century Ura-Tube entered another stage of its development. It was then that the citadel and the fortress walls were restored and reinforced and new structures capable of resisting attacks of numerous nomadic tribes were erected. In 1886 Ura-Tube became a part of Russia. Today Istaravshan has a number of interesting historical and architectural monuments which bear the evidence of its bright historical past.