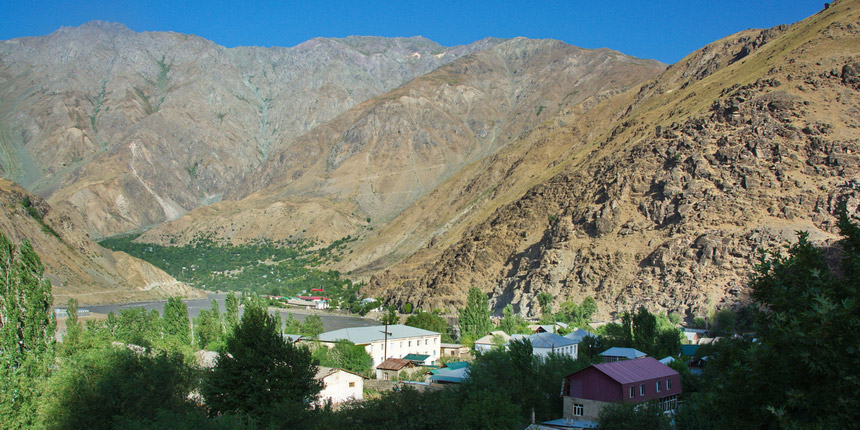 Tours, Attractions and Things To Do in Kalai-Khumb

Kalai-Khumb (a.k.a Qal'ai Khumb, Qal'a-i-Khum) is a small village on the river Panj and one of the first settlements on the route to Pamir Highway after Dushanbe. Unusual name of the village is translated from Persian as “Fortress on the Khumb” as there is a river Obikhumboi flowing into river Panj. Kalai-Khumb is an administrative center of the Darvaz district in Gorno-Badakhshan autonomous region.

The history of Kalai-Khumb began in the 15th century when the first fortress was built there. First, it was an outpost on the border of Pamir protecting the eastern side of the Temurids Empire. Later Kalai-Khumb became the capital of the independent Darvaz Khanate that existed until the end of the 19th century. It was a part of the Bukhara Khanate for some time, and during the Soviet rule, it turned into a regional center of the Gorno-Badakhshan region, part of the Tajik SSR. The last significant event in the history of Kalai-Khumb was the Afghan War during 1979-1989, when one of the troops crossing to Afghanistan was organized there. 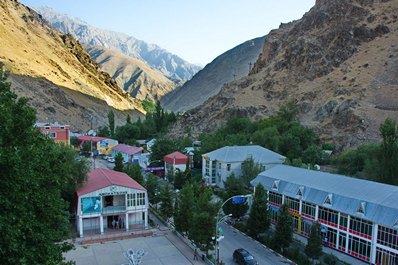 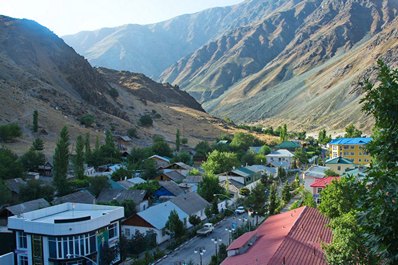 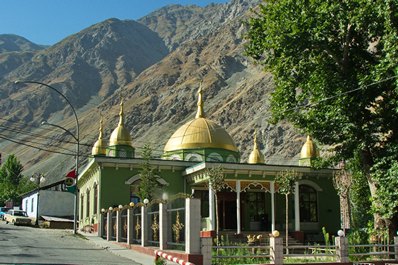 Kalai-Khumb is located on the border with Afghanistan and there is one of the three bridges across river Panj. There used to be Sunday market near this bridge, where merchants arrived from Afghanistan. Though there is no such market in Kalai-Khumb now.

Today Kalai-Khumb is a quiet cozy town with population of 1600 people. There are few guesthouses and a decent hotel “Karon Palace”.

Located on the height of 1200 m above sea level, Kalai-Khumb has a mild climate for such severe region as Pamir. Thus, travelers driving to Pamir Highway from Dushanbe usually make their first stop there.