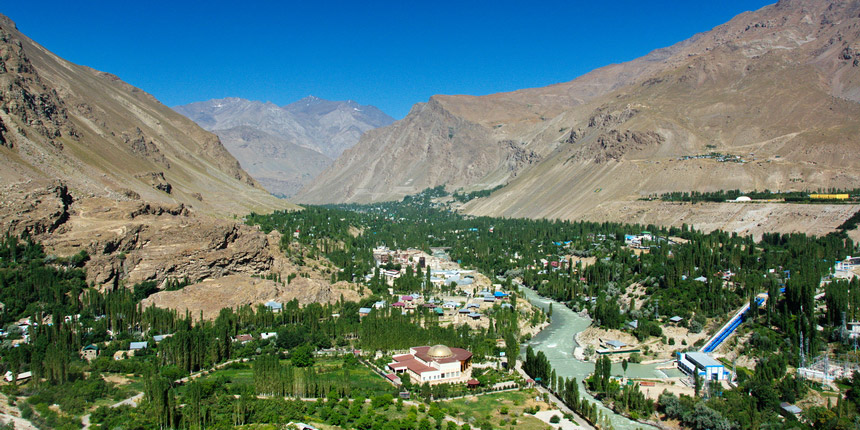 Tours, Attractions and Things To Do in Khorog

Khorog (a.k.a Horog, Khoroq, Khorogh, Khorugh, or Xoroq) is an administrative center of Gorno-Badakhshan region, and the only city in Pamir. It is located approximately in the middle of the Pamir Highway: 600km to Dushanbe and 730km to Osh in Kyrgyzstan. In Khorog the Pamir highway branches out: the northern road goes along a deep mountain gorge straight to Murgab, and the southern one leads to the Vakhan corridor, the most picturesque part of the road, where historical monuments and picturesque villages have been preserved. Thus, Khorog is a touristic center of Pamir with all routes passing through it. Located at the height of 2200 meters above sea level, it is one of the highest cities in the post-Soviet territory and the highest city in Tajikistan.

There is no definite start in the history of Khorog. In this mountainous region there was once a small state Shungan consisting of several fortresses scattered around. One of them called Kalai-Panjbar was located at the junction of rivers Gunt and Panj, exactly in the place of present Khorog. First, it was an independent mountain state; later in the 19th century it fell under the rule of the Bukhara Khanate; and in 1986 the territory was occupied by troops of the Russian Empire. During the “Great Game” between Russia and the Great Britain, Russians tried to get control of Pamir, and built a road from Osh to Sary-Tash, then to Murghab and finally to Khorog. They organized a frontier post on the banks of river Panj and a small village of Khorog began to develop. In the beginning of the 20th century, with arrival of the Soviet rule, Khorog became an administrative center of the Gorno-Badakhshan autonomy, and in 1928 received the status of the city. During the 20th century it was a trading point on the Pamir Highway and still serves as such up to now. 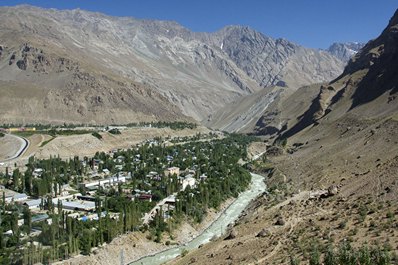 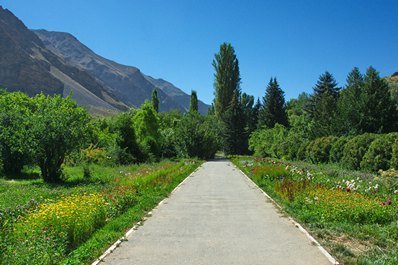 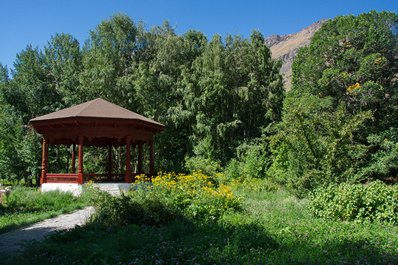 Today Khorog is a real center of Gorno-Badakhshan. There is a trade road from China to Central Asia; it is also indispensable point for all touristic routes around Pamir. There are 30 000 people living there, and the main part of locals confess Ismailism, one of the Shia branches of Islam. There are three educational institutes available for postsecondary students: Khorog State University, International University of Central Asia branch and Aga-Khan Fund Lyceum. Tourism infrastructure is also gradually developing with few hotels and guesthouses, restaurants, internet cafes and others.

The most popular attration of Khorog is Pamir botanical garden. It was founded in 1940 for testing survival rate of different plants in the conditions of the mountain climate. According to official data, there were over 30000 kinds of plants tested, and as a result, garden collection now includes around 4000 types of them. Pamir botanical garden is located not far from Khorog and opens an excellent panoramic view of the whole city. 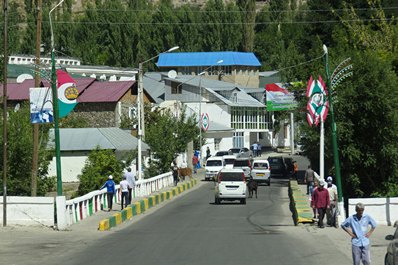 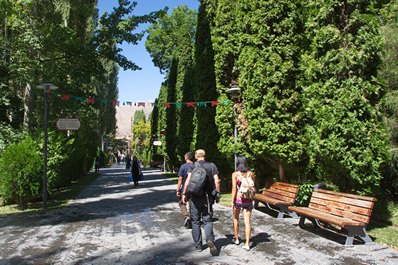 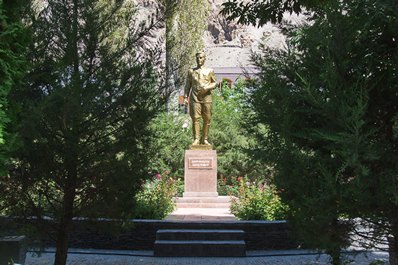 Another well-known landmark of Khorog is a local history museum where you can learn a lot about the nature, history and culture of the Gorno-Badakhshan region. The most interesting exhibit of this museum is a piano that in 1914 had been hand-carried for over a month by soldiers from Osh (Kyrgyzstan). In order to describe the complexity of the delivery, it is enough to say that road from Osh to Khorog is more than 700km with several 4000 m high mountain passes. The delivered piano was for the daughter of the frontier post commandant and the locals would come to listen to the play on this “unusual” instrument.

Today Khorog is the capital of the Gorno-Badakhshan. Surrounded by severe high mountains, Khorog is protected from strong winds and frosts. The city looks as a green oasis among abandoned mountain ridges. Thus, winters are mild, and summers are not too hot. Khorog is a great place to explore on the Pamir Highway and a must-see place if you wish to learn more about the Pamir track.