The most popular and beautiful lake of Tajikistan is Iskanderkul. It is located in the western part of the country, only a 3 hour drive from the capitol, Dushanbe. It is rather small compared to other lakes in Tajikistan, but thanks to the surrounding Fann Mountains, the landscape there is very picturesque. Moreover, according to a legend, Alexander the Great stopped by this lake, and so the lake was named in his honor. 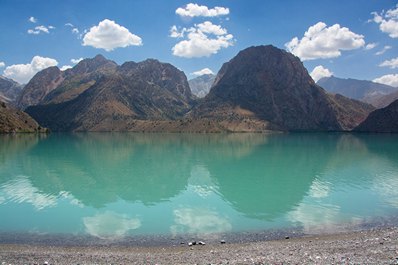 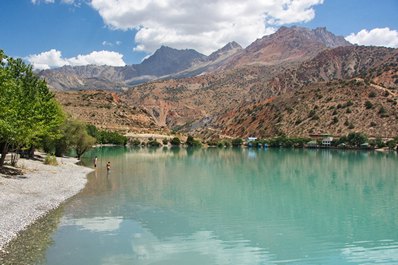 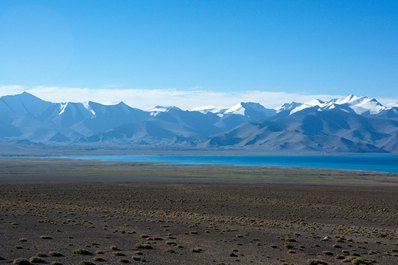 The largest lake of Tajikistan is Karakul. It is located in the northern-eastern part of the country, at a height of 3914 meters (12,841 ft) above sea level, and has an area of 380 square km (146 sq miles), and stretches 33km (20.5 miles) from north to south and 24km (15 miles) from east to west. Its name translates as “black lake”, though the water there has a bright blue color. The only way to enjoy Lake Karakul is to take a trip along the Pamir Highway.

The youngest and at the same time the most dangerous lake in Tajikistan is Sarez. In 1911, a huge landslide took place in the gorge of the Bartang River after a strong earthquake, thus forming a dam. Each year more and more water fell into the gorge, and its level increased by few meters. 37 years later, in 1948, a snake-shaped lake (70 km long and 2,5-3,5km wide, or 44 miles long and 1.55 to 2.17 miles wide) was formed in the central part of the Pamirs. Today, Sarez’s depth near the dam reaches 480 meters (1,575 ft), and the general volume of water is 17 cubic km. Due to instability of the dam, there is a risk of the natural dam collapsing because of the immense pressure, which would cause huge floods to flow down the Bartang River. Experts say that cities and towns (around 6 million people) on the banks of Bartang, Panj and Amudarya Rivers may fall victim to this catastrophe. 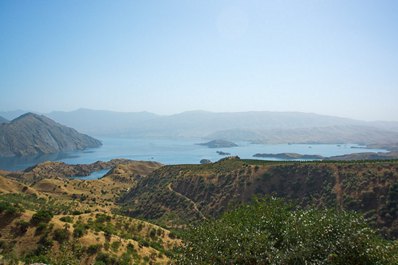 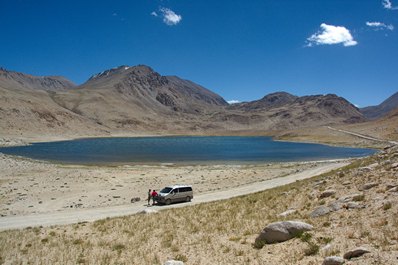 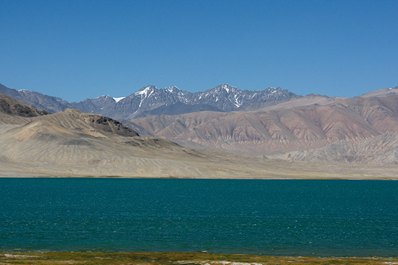 Along with these famous lakes, there are also such lakes as Yashilkul, Zorkul, Nurek and the Kayrakum Reserves, Seven Lakes, and many other lakes in Tajikistan. Each of them is surrounded by the picturesque landscapes of Tajikistan’s mountains.