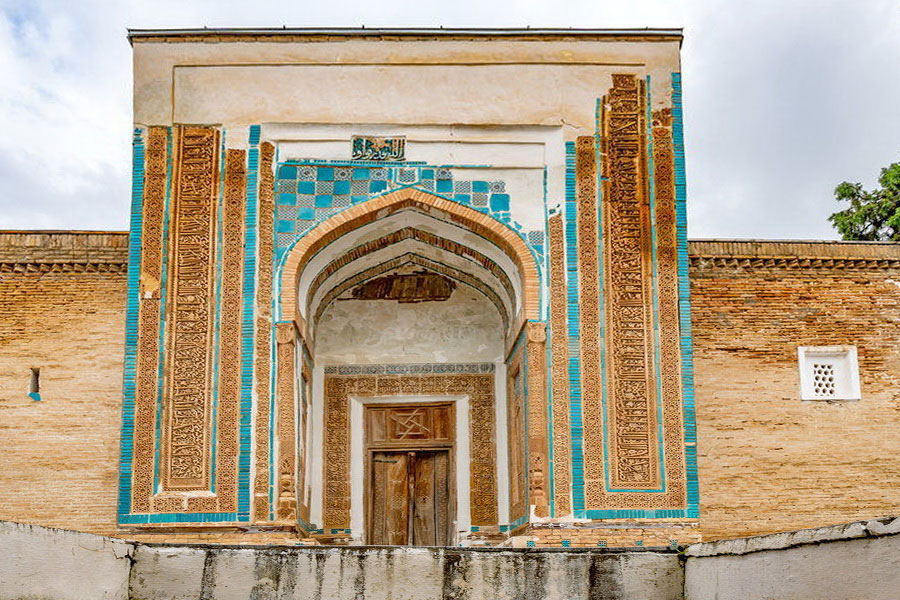 Muhammad Bashoro Mausoleum (11th - 14th centuries) is located in a pituresque Mazori Sharif village among juniper groves is the Mausoleum of Muhammad Bashoro who was an expert in khadises (the legends of deeds and pronouncements of Prophet Muhammad and his associates). Originally the building had no portal. It was added only in the 14th century. The portal was distinguished by a special beauty: it had graceful and noble proportions and was decorated with carved terracotta of unique beauty and complexity. The portal is bicolor - pink patterns of terracotta are placed within double frame of glazed turquoise bricks - and has the exact date preserved among the inscriptions (743 year of Hidzhra which corresponds to the years of 1342-1343).

The center of the building hosts a spacious domed hall with a number of vaulted rooms on its left and right. The main facade of the mausoleum faces a small mountain river where you can get using the only available road. A clay mikhrab with graceful ornamental and calligraphic inscriptions towers in the center of the hall.

The presence of mikhrab (a niche in a mosque wall indicating the direction to Kaaba - the main relic of Islam) testifies that originally the building might have not been a mausoleum but a mosque. This is not the only mystery of Muhammad Bashoro Mausoleum: another one is whether the remains of this notorious religious figure ARE buried there.