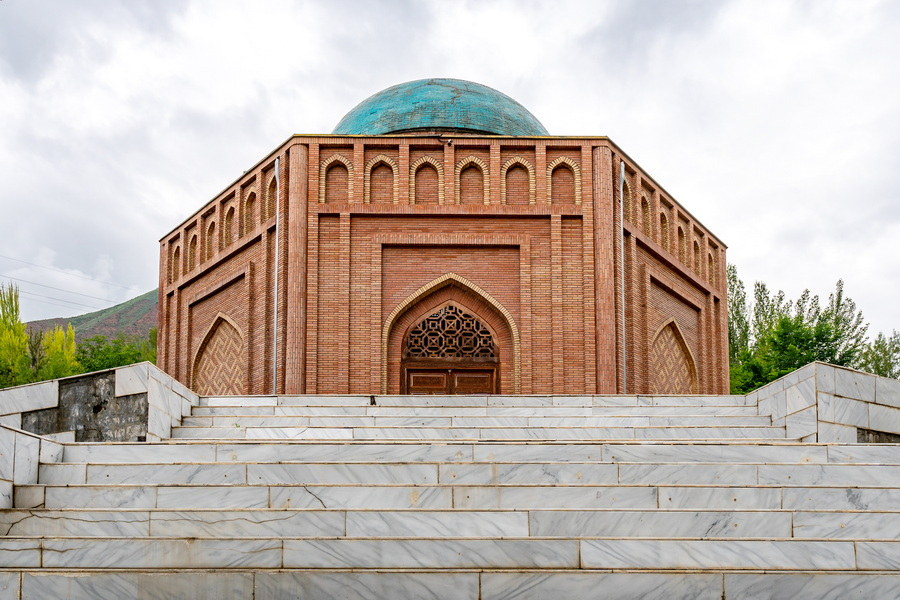 The mausoleum of the world-renowned poet Abu-Abdullo Rudaki, the ancestor of classical Tajik poetry was constructed in 1958. This historical paradox is in the fact that this famous poet's biography had not been studied in full, and consequently, the place of his burial was not determined.

What known is that Rudaki who lived in the late 9th - early 10th centuries (during Samanids rule) had spent his last days in poverty and died in 941 in his native Pandzhrud village Pendzhikent. Some data testify that the poet died blind.

It was due to the laborious efforts of the famous Tajik writer Sadriddin Ajni hat some important facts from Rudaki's life have been exposed. Having thoroughly studied all available historical manuscripts he managed to identify the great poet's burial place, and the well-known sculptor - anthropologist Michael Gerasimov restored his appearance on the basis of the found remains.

In 1956, the year of Rudaki's 1,100th birthday, the tomb, where the poet had been supposedly buried, located in Pjandzhrud kishlak was dug out. The burial contained the skeleton bones, which belonged to a man who had died at the age of around 85-87 years. The objects found in the grave were related to the time in which the poet had lived. There were some other evidence proving the fact that it WAS Rudaki's grave.