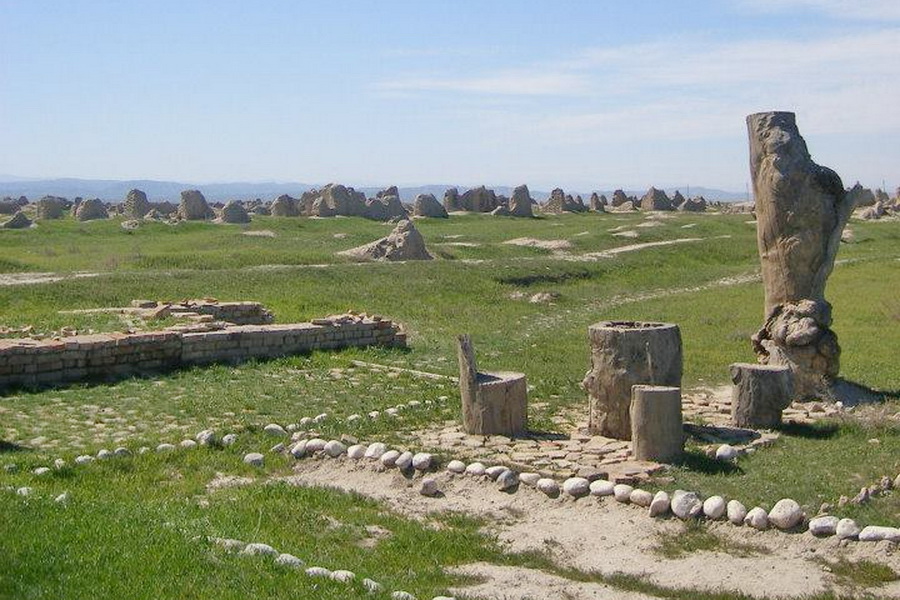 The ancient settlement Abiverd is one of eight historical reserves of Turkmenistan along with Kunya-Urgench, Nissa, Merv, Dakhistan etc.

The ruins of Abiverd are located between Ashgabat and Mary (in the vicinities of Kushka). Ancient Abiverd ( under different names - Baverd, Abaverd, Paart, Pavart, Peshtak) was one of the major centers of Northern Khurasan repeatedly mentioned in written sources as " … a city with fertile lands and rich crops, famous for its magnificent market and mosque". At that time Abiverd was an impregnable fortress protecting the townspeople from the attacks of nomads. The fortress had the only gate from the southwest. Inside, in the center, next to the square there was a mosque erected in the early 15th century.

During the rule of Caliph Osman in the year of 652 Abiverd became the "apple of discord" for various Arabian caliphs. During the Abbasids Abiverd was under Khurasan. Abiverd was governed by such notorious dynasties as Takhirids, Saffarids, Samanids. In the 12th century Abiverd surrendered to Mongols. The eldest son of Ghengiz Khana - Tulikhan - literally razed the blossoming protected by powerful fortifications city to the ground.

During Abiverd ruins examination it was established that in southeastern and northwestern parts of the city there were craftsmen quarters. In the central part of the city near the citadel various hand-made articles from metal and jewelry were found to prove that the city had tinkers' and jewelers' workshops. Various figuline testify about the high level of pottery and confirm that Abiverd was one of most the important commercial and crafts centers of Northern Khurasan.

Today Abiverd looks like a relatively small town and only smooth silhouettes of ancient structures quietly remind about its dramatic history, its former power and luxury.